The southeastern coast of the United States is bracing for another hurricane.Hurricane Matthew will hit the Florida, Georgia, South Carolina, and North Carolina on Friday, Oct. 7 with winds up to 140 mph. Matthew already swept through Haiti, Cuba, the Dominican Republic, and other island nations.

What is Hurricane Matthew? 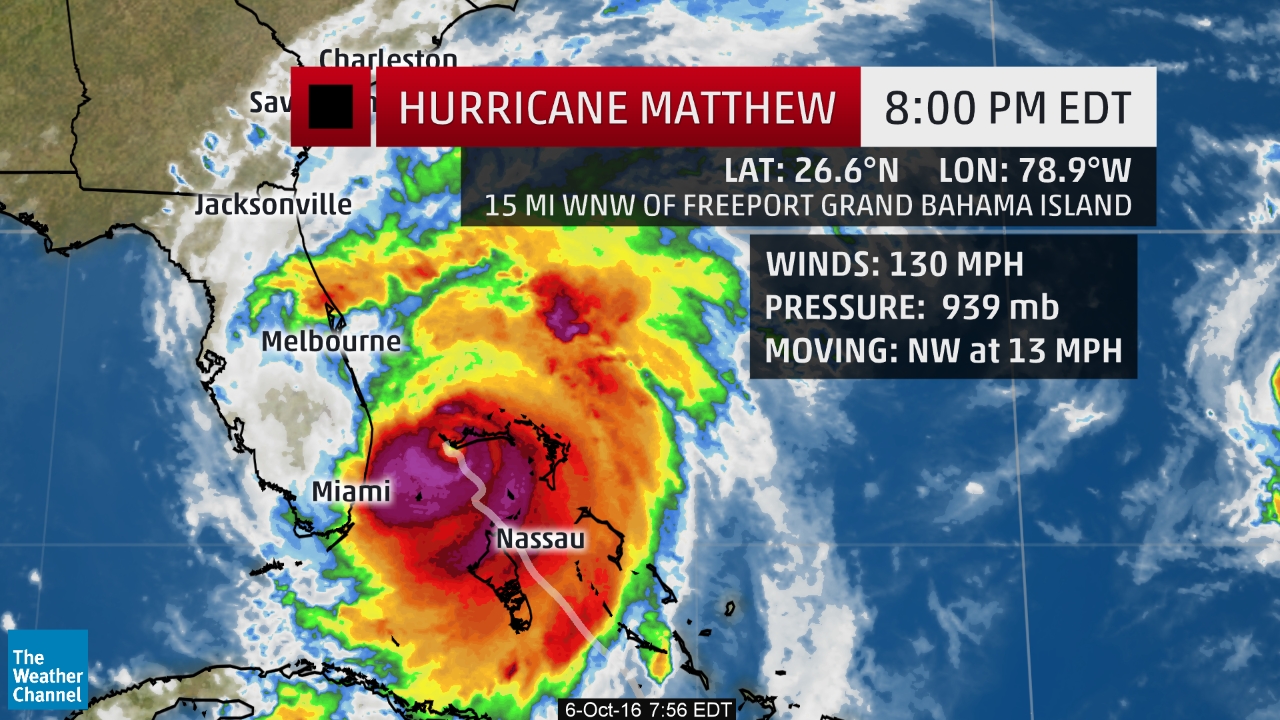 Hurricane Matthew is a massive tropical cyclone from the Atlantic Ocean. It formed from vigorous tropical wave that left the African coast on September 22, and developed into a tropical storm gaining momentum leaving Leeward Islands on September 28. The Category 4 hurricane is on its way to devastate Florida and other coastal states.

What will happen when Matthew hits? 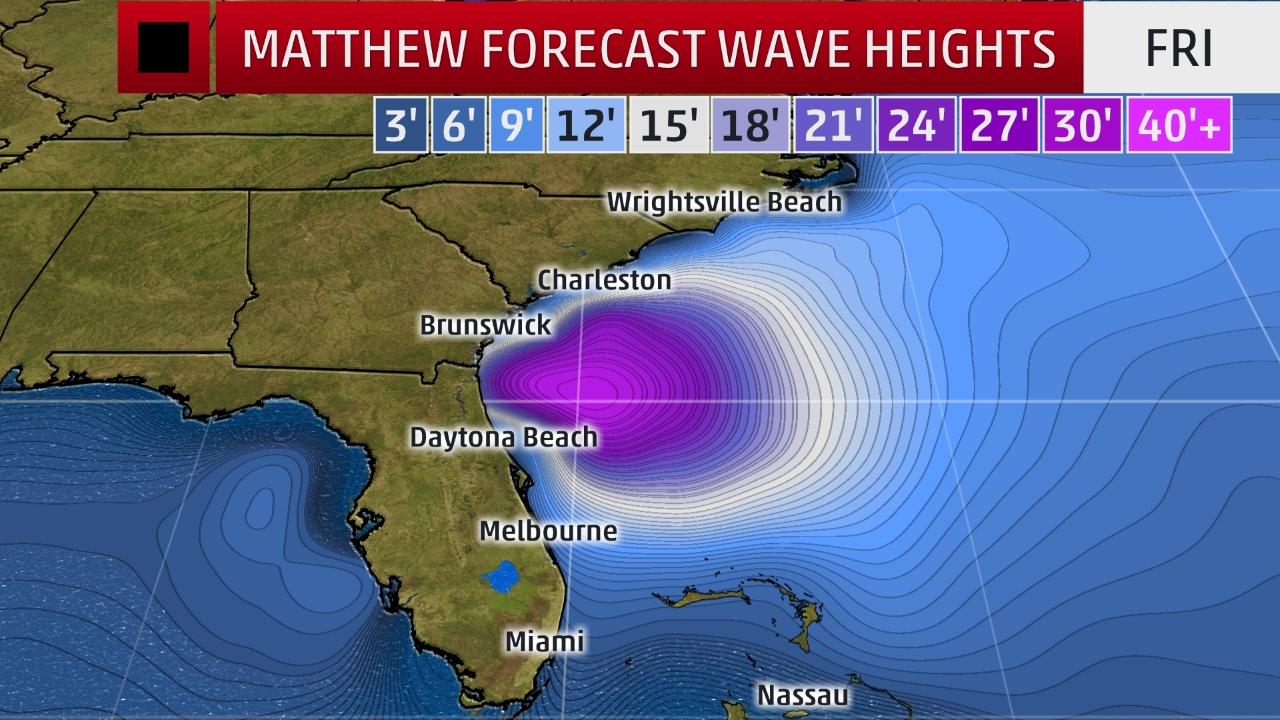 According to scientists, really bad things will happen. Florida Gov. Rick Scott warned residents that "this storm will kill you," and encouraged everyone to stay safe. Residents can expect dangerous winds as strong as 150 mph with the storm swelling up to nine feet. Widespread power outages are predicted. Major tourist areas in Orlando such as Walt Disney World Resort and Universal Studios have closed their parks until the hurricane passes. This marks the first time in over a decade that Walt Disney World closed due to a hurricane.

What is the catastrophic storm? 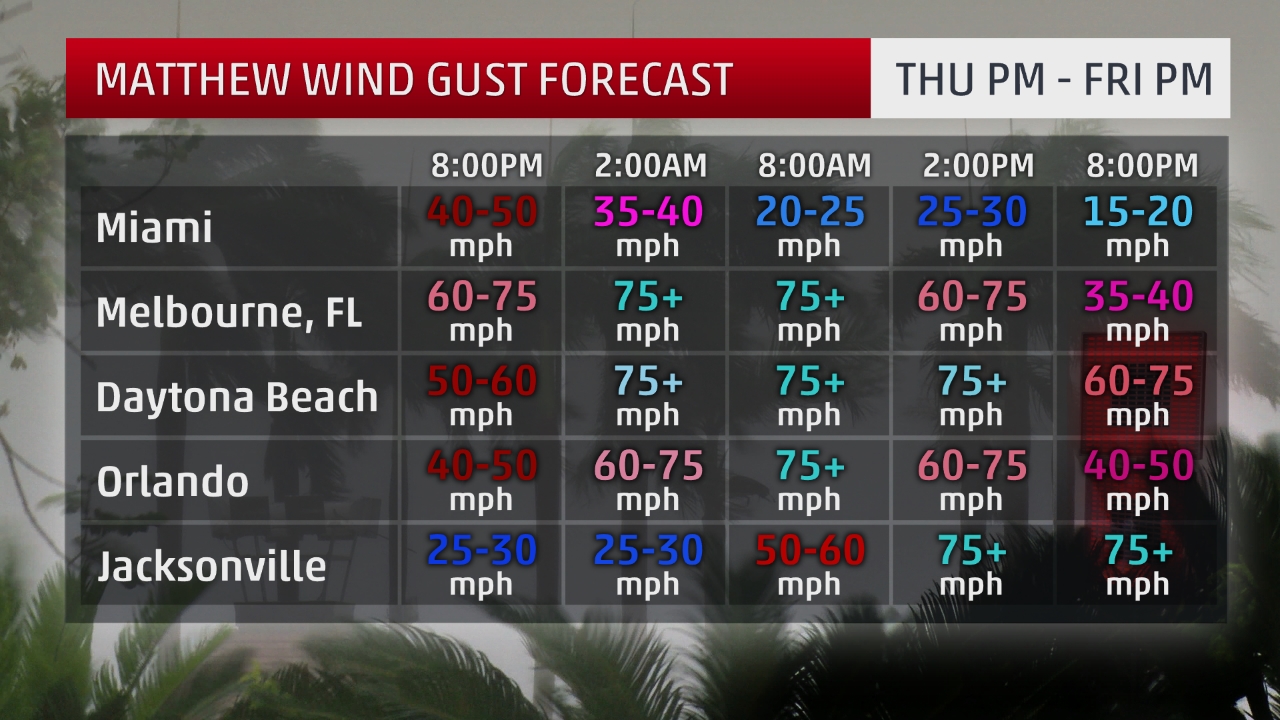 Hurricanes are a classification of tropical cyclones, or rotating low-pressure weather systems complete with organized thunderstorms but no fronts. Cyclones with speeds 74 mph or higher are considered hurricanes. These hurricanes get ranked from Category 1 to Category 5, with Cat 5s being the most serious. The higher the category, the greater the damage.

How to prepare for Hurricane Matthew? 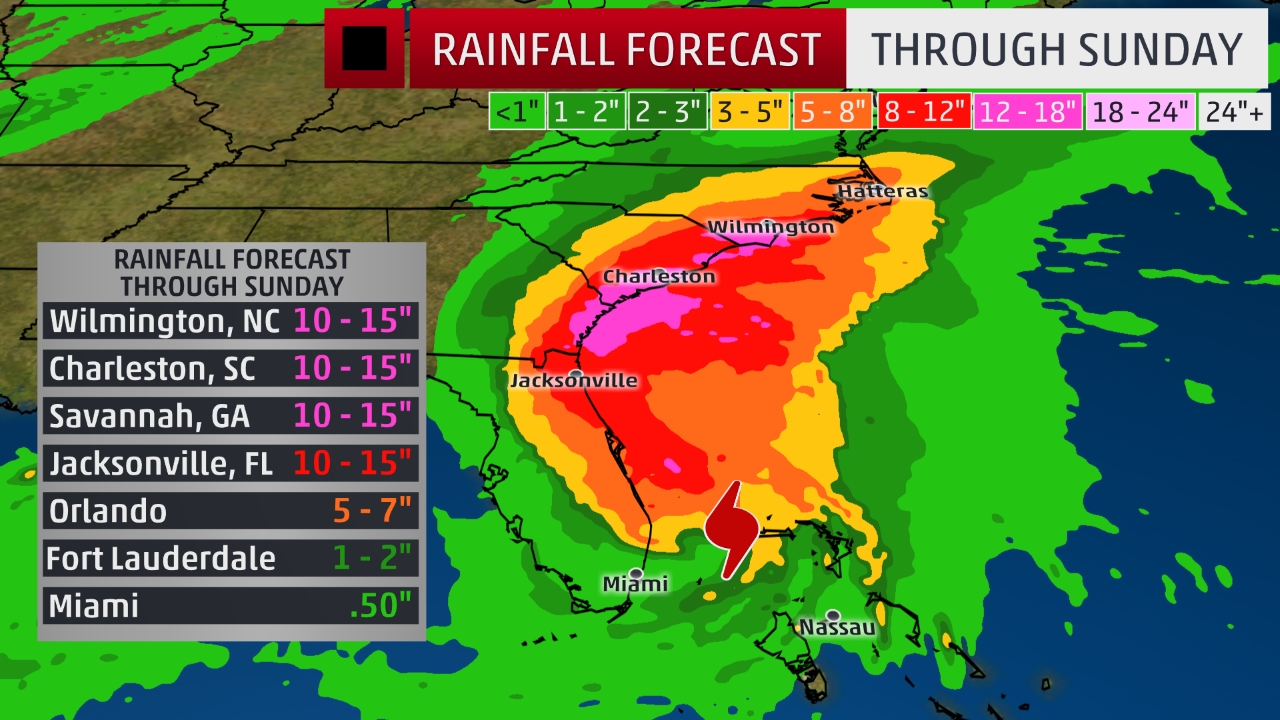 If possible, residents should evacuate the area, according to authorities. If evacuation isn't possible, find a safe area in your home or with a neighbor. Stay away from windows.

According to the National Weather Service in Jacksonville, Florida,
"Some of the lowest barrier islands will be completely overtopped with large battering waves and life-threatening flooding. Barrier islands are likely to be breached and it is highly possible that new inlets will be cut off in the worst affected areas." 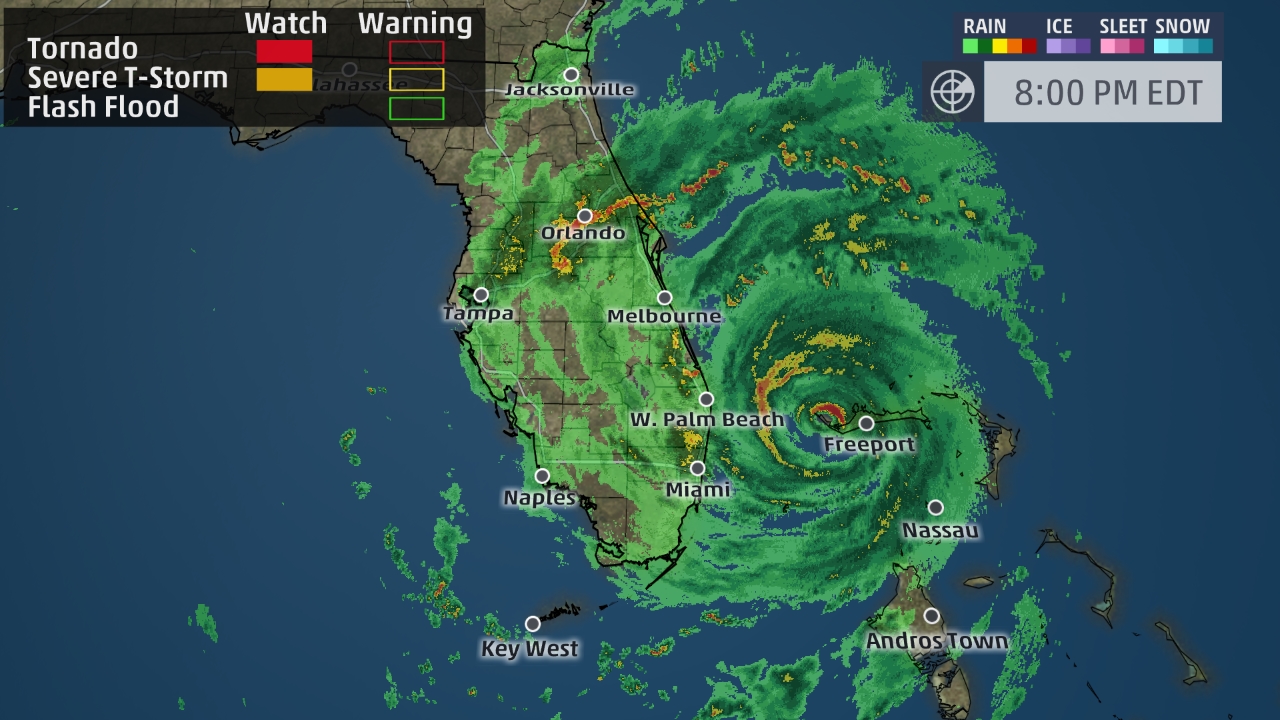 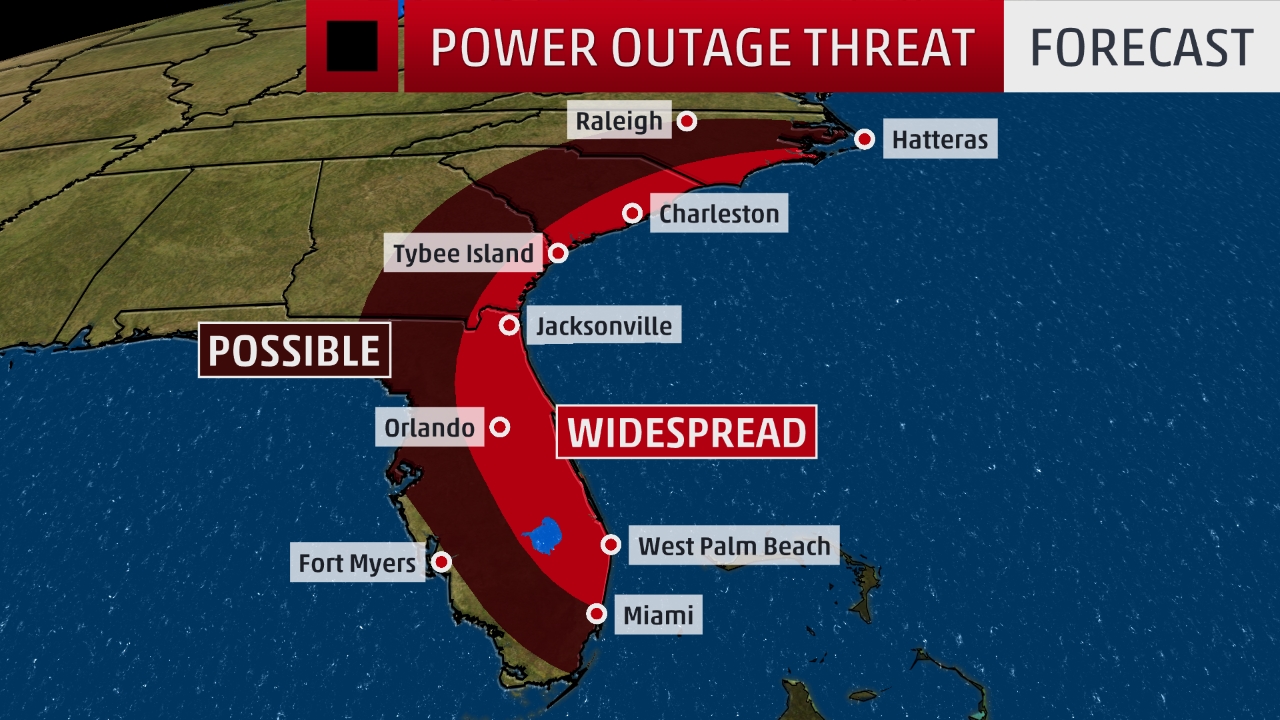 If you or someone you know is living in the affected areas, seek shelter immediately and stay safe until the storm clears. 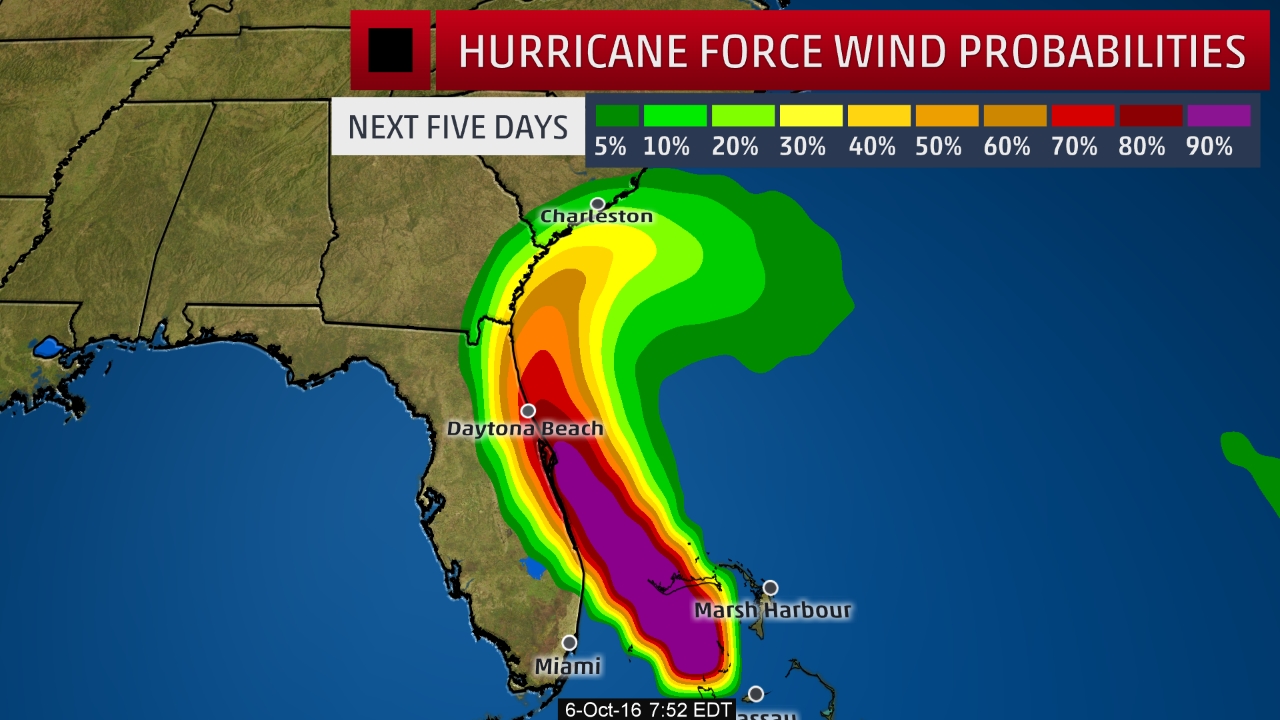 You can watch the first major hurricane hit Florida in last 118 years here: Hurricane Matthew Storm Tracker on Weather Hurricane Central. Follow the latest statistics of Hurricane Matthew on AccuWeather here. Get more information about Matthew here on the Weather Channel as well.