A new haptic interface has been designed that mimics the physics of waves and water, but only uses a system of responsive controlled blocks. Interfaces like these have been created before, but the programming behind this system is what makes it so unique. Named Materiable, this interface allows you to change the fluid properties of which the system bases its responses off of, according to Popular Science. This means that you can haptically interact with water, rubber, or oil, all with just a flip of a switch.  Check out what it can do below.

The practical applications of this technology are still slightly limited, but the potential of these interactive surfaces span from the educational realms into the deeply scientific. Materiable is a project from MIT, and it will help user interfaces respond organically, even though they are mechanically based. The system can also function in conjunction with a responsive projector, which allows the user to feel as if they are controlling actual fluids.

Obviously, the visual stimulation is still lacking in the current system, but through fine-tuning, the cubes could become so small that the surface is indistinguishable from the real thing. 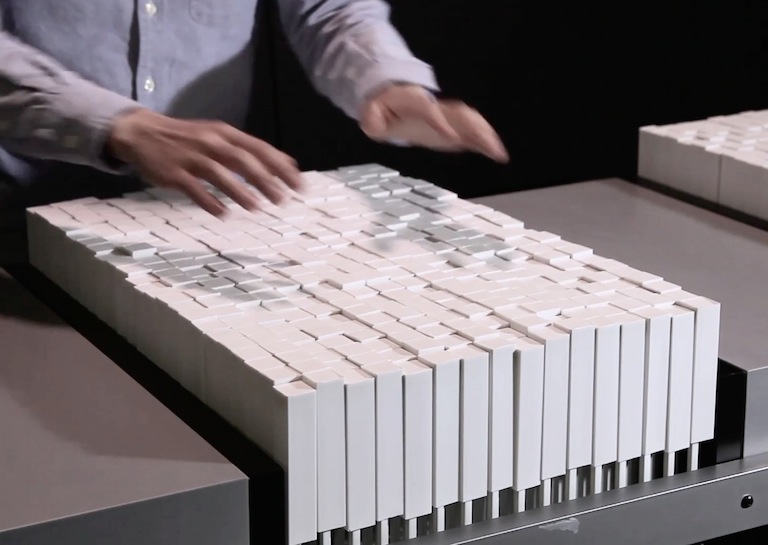 "Our research shows that shape changing interfaces can go beyond simply displaying shape allowing for rich embodied interaction and perceptions of rendered materials with the hands and body." ~ Research Team

The point of this technology is to demonstrate the versatility and potential of haptic response user interfaces. We can only catch a glimpse of what the future will look like through Materiable, but imagine if every surface in your house was transformable and customizable.

SEE ALSO: Disney’s New Robot is So Precise it Can Thread a Needle