The highly anticipated LiveWire electric bike and two other electric motorbikes have made their appearance at CES.

Harley-Davidson has a special place in the hearts of motor-bike enthusiasts around the world.

The United States-founded company has been creating bikes for well over 100 years and its latest refocus on innovative technology has pushed the company to create an impressive series of bikes. 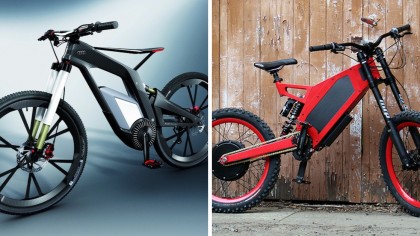 For about five years, Harley-Davidson teased the idea of an electric bike. This year at CES 2019, the company delivered.

The LiveWire electric motorcycle has been previewed countless times in both the tech and motorbike industry.

Though the bike was an anticipated high-light from CES this year, Harley-Davidson pleasantly surprised the public with the launch of an additional two new electric two-wheelers.

High-performance infused with a new level of technology. ⚡

Check on your motorcycle & get real-time notifications from anywhere in the world with H-D Connect. #LiveWire #CES2019 #HarleyDavidson

The all-electric bike is supposed to boast an approximate range of 110 miles or 177 km of mixed city/highway riding. Relatively quick in its electric bike class, the LiveWire has an acceleration of 0-60 mph with a time of 3.5 seconds.

Another major take away from the LiveWire unveiling centers around the bike's connectivity. Harley-Davidson created a suite of connected services enabled by an LTE-connected Telematics Control Unit hidden under the bike’s seat.

This allows riders to stay fully connected to their bike and surrounding area to provide a better riding experience.

LiveWire is coming from @harleydavidson and preorders start today. The first-ever electric bike from Harley starrs at $29,000 and was made possible with @panasonic technology. #PanasonicCES #CES2019 pic.twitter.com/85RlFcRQzM

Harley-Davidson also showed off their dirt bike and moped prototypes to the CES audience. Though there is very little known about the new electric bikes these bikes embody a radical a new beginning for the company; embracing a new design language and tech for the company.

Jennifer Hoyer from Harley-Davidson’s Media relations described the products stating, “Both electric concepts provide enhanced attainability for customers around the world. These premium entry-level concepts widen accessibility both for new audiences, and the traditional Harley-Davidson customer."

"Our goal for these concepts is to not require a motorcycle license to operate and feature clutch-free operation, lowering the learning curve and increasing access to attract new riders in the process."

Are you excited about the coming age of electric motorbikes? Leave your comment below.