Harvey-Davidson makes announcement about plans to begin production on an electric motorcycle.

Harley-Davidson is at a crossroads now. Though not as dramatic as an innovate or die scenario which has played out with other American companies like Kodak, the company is inarguably in need of an image and direction shakeup. Beyond efforts to maintain its classic image branding via its boots and shoe line in the past decade, little else has been done to breath new life into the company.

With declining sales and manufacturing plant consolidation plans bringing about layoffs—with more expected to continue this year—the company has set its sights again on its ambitious plans to develop an electric motorcycle. There’s only one important catch, though: bikers will have to wait 18 months before they can own one.

The company confirmed that the project is actually a continuation of their LiveWire e-bike project begun in 2010, which culminated in a prototype release in 2014.

Just took this baby for a rip! HD's first electric bike! Thing has some serious power and torque. Only problem with it is it's a sport bike style. Where's the electric DYNA?!?! #projectlivewire #electricharleydavidson #wouldlookgoodinmygarage forgot my phone so had to repost this pic

The bike went from 0-96.5kph in four seconds flat, and it could travel about 80km on a single charge (no doubt working on increasing this number is part of the 18-month R&D plan):

Setting their targets high, the company said that the project will secure Harley-Davidson’s place as “the world leader in the electrification of motorcycles,” with CFO John Olin confirming that an additional $25-50 million will be spent annually on developing electric motorcycle technology.

Should We Accept Harley-Davidson's Decline as Inevitable?

Of course, there are some critics who would suggest that an electric motorcycle would threaten the company’s image—carefully constructed over the decades—of attracting a kind of tough, no-nonsense customer base who love the symbol of boldly exploring the open road that comes to mind when the word Harley is mentioned. However, the motorcycle manufacturer in some ways is behind the times, compared to the American automotive industry.

Just as companies like Ford have decided, though reluctantly, to ditch their old approach to marketing their products (dated discussions about energy consumption revolving around fuel economy): the gas-guzzling perception associated with classic cars makes them a marketing liability. For that reason, in the past 5 years, there has been a domino effect of electrified car development projects in the American automotive industry. Whatever Harley-Davidson's motivations are, this shift that is reflected in the announcement of the electric bike project is sure to benefit the country in the long run. 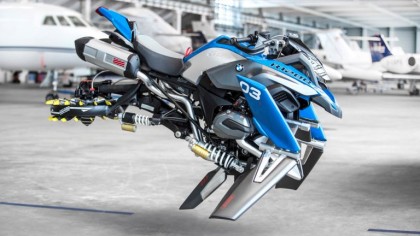 The irony here is that the company has clearly earned the respect of its loyal customer base as well as other competing companies in the industry. Like the pain of watching a best friend who stubbornly hangs onto his first Dell Computer Desktop PC out of strong feelings of nostalgia that stir inside when he powers up the dinosaur, or a person from one of those makeover shoes who’s been sporting the same hairstyle since 1987, the industry is sending a strong and firm message to Harley-Davidson: please get with the times. Otherwise, we’re pulling the plug.

“I don’t think there is a way forward for Harley,” says Kevin Tynan, a Bloomberg Intelligence analyst for the automotive industry. “Investment in the tech will be funded by a dying business, and they are basically starting from scratch. Either they shrink to demand and be what they’ve always been or they sell out and pursue some weird future-mobility business model that doesn't promise anything—even if they were capable of pulling it off.”

How the James Webb Telescope's 'early release observations' will go down