The joint efforts of Harvard and Google not only saw the creation of a successful aftershock location predicting model, it also resulted in a useful unintended consequence.

Artificial intelligence is increasingly being used to predict everything from crime to the mood of a conversation. Now, a new collaboration has seen the technology used to predict the aftershock locations of an earthquake for up to a year.

Earthquake tracking research is by no means new. Scientists have long been on the hunt for effective ways to forecast the impacts of these devastating events in the hopes of decreasing their reach.

From estimations using the earth's core to fiber optics powered predictions, there is no shortage of attempts to analyze these seismic occurrences and extrapolate whatever useful data can be found.

Now, a blog released on Google's site this week reveals a new study that outlines the work of Harvard scientists who joined forces with Google AI experts to build an AI model for predicting an earthquake's aftershocks for up to a year after its start.

This is no small feat by any means. "Although the timing and size of aftershocks have been understood and explained by established empirical laws, forecasting the locations of these events has proven more challenging," explained in the blog Harvard post-doctorate fellow and study co-author Phoebe DeVries.

"We teamed up with machine learning experts at Google to see if we could apply deep learning to explain where aftershocks might occur," continued Devries. The team started with a comprehensive database that included data on more than 118 major earthquakes worldwide.

The data sets were courtesy of SRCMOD, a website that features an "online database of finite-fault rupture models of past earthquakes." The researchers then applied a neural net whose purpose was to identify potentially useful patterns by analyzing correlations between mainshock-caused static stress changes and aftershock locations.

"The end result was an improved model to forecast aftershock locations and while this system is still imprecise, it’s a motivating step forward. Machine learning-based forecasts may one day help deploy emergency services and inform evacuation plans for areas at risk of an aftershock," further wrote DeVries.

Perhaps the most pleasantly surprising outcome of the experiment was the discovery of a useful unintended consequence. The model also ended up pinpointing physical quantities that may play a significant role in the actual generation of earthquakes, potentially leading to entirely new kinds of mitigation efforts. 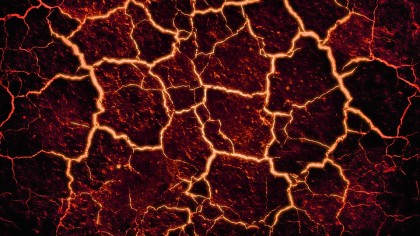 "When we applied neural networks to the data set, we were able to look under the hood at the specific combinations of factors that it found important and useful for that forecast, rather than just taking the forecasted results at face value. This opens up new possibilities for finding potential physical theories that may allow us to better understand natural phenomena," said DeVries.

The work is still raw but it does hold great promise both for its intended and unintended outcomes. The study was published in Nature journal this week.