As a way to combat global warming, scientists are working on a novel way to take CO2 and turn it into useful products.

Today, 97% of climate scientist agree that humans have dramatically changed the Earth’s atmosphere, emanating one of the biggest threats to civilization, global warming. 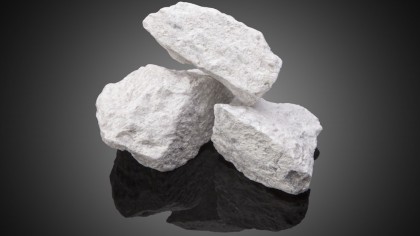 Researchers across the globe are currently hard at work looking for innovative ways to combat and reverse some of the damage done to the planet.

Recently, Haotian Wang, a fellow at the Rowland Institute at Harvard University have created an improved system to use renewable electricity to turn carbon dioxide (CO2) into carbon monoxide (CO) for the use of industrial processes.

The aim is that one day the world will be able to take greenhouse gases that are shot up into the atmosphere from places like power plants and put them through catalytic reactors that transform these greenhouse gases into fuels that only emit oxygen.

Greenhouse gases like carbon dioxide and methane trap heat that is attempting to escape the earth’s atmosphere. The right amount of these gases do have a role on this planet, supporting much of the life on the globe.

Nevertheless, too much greenhouse gases can put the earth’s natural systems out of whack affecting the way the planet regulates climate.

An improvement of the old system proposed in 2017, these new devices or cells could be used to combat CO2 in industries that produce a lot of the greenhouse gas.

The small electrocatalytic CO2 reduction system takes the greenhouse gas and turns it into useful chemicals via a sustainable process. Wang describes the process in the Cell Press Journal, stating: "The most promising idea may be to connect these devices with coal-fired power plants or other industry that produces a lot of CO2. About 20 percent of those gases are CO2, so if you can pump them into this cell … and combine it with clean electricity, then we can potentially produce useful chemicals out of these wastes in a sustainable way, and even close part of that CO2 cycle.”

However. the system still has some issues particularly pertaining to stability. “If you want to use this to make an economic or environmental impact, it needs to have a continuous operation of thousands of hours,” Wang said.

“Right now, we can do this for tens of hours, so there’s still a big gap, but I believe those problems can be addressed with more detailed analysis of both the CO2 reduction catalyst and the water oxidation catalyst.”

In fact, Wang revealed that just a 10-by-10-centimeter cell can produce as much as four liters of CO per hour from CO2. This process is exciting because of its scalability and low cost, leading to a wide range of possibilities in the near future.

As stated by Wang, “Ultimately, the day may come when the industry will be able to capture the CO2 that is now released into the atmosphere and transform it into useful products”.