Have You Ever Wondered What the 11 Smallest Countries Are?

These 11 are officially the smallest countries in the world by area and population.

What are the smallest countries in the world? How would you even begin to define smallest with regards to a country anyway? 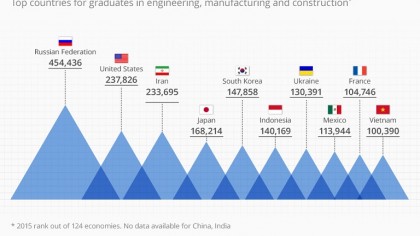 Many would instinctively choose area or population but there are some other metrics for comparing the 'size' of a county. These range from GDP to military power to even the number of foreign delegates they have.

But we prefer to keep things simple and so we have ranked the smallest 11 countries in the world by total area and population. The following have been sorted by area first and the population we have also rounded population figures to the nearest thousand.

1. Vatican City is the smallest by area and population

Where is it located?: Italy, Europe

Vatican City (Vatican City State) is officially the smallest country in Europe and the world. This is not just the case for its total area but also its total population.

It is an independent city-state within the much larger metropolis of the historic city of Rome. Vatican City was formed during the Lateran Treaty of 1929.

The city-state is an ecclesiastical or sacerdotal-monarchical state whose head of state is obviously the Catholic Pope. All senior state functionaries are also members of the Catholic clergy.

The 'permanent' population (non-lay-workers or tourists) almost entirely consists of members of the clergy and the Swiss Guard.

Tuvalu is officially the smallest Commonwealth realm. It is also the second smallest country by population in the world.

Tuvalu, formerly known as the Ellice Islands, is a tiny little country in the Pacific Ocean. It is located roughly halfway between Hawaii and Australia.

The country consists of three reef islands and six atolls.

Its first inhabitants were Polynesian explorers and the islands were later 'discovered' by the Spanish in 1568. In the 19th Century, the islands became a British Protectorate through a treaty between Great Britain and Germany.

A referendum held in December of 1974 was held to determine if the islands should be self-governed. Soon after, in 1976, The Ellice Islands became the independent country of Tuvalu.

3. Nauru has changed hands many times

Nauru is the world's smallest island country (by area). It is also the smallest republic and smallest country that is not a city-state.

Nauru is situated in Micronesia and used to be called Pleasant Island. It lies just Northwest of Tuvalu in the Pacific Ocean.

It is believed that the islands were originally settled by Polynesians in around 1000 BC. For most of its human occupation, little else changed until its annexation by the German Empire in the 19th Century.

German capitulation at the end of the First World War left the island as a League of Nations mandate. The island was invaded once again a few decades later when Japanese forces occupied it during the Second World War.

After the defeat of Axis forces in 1945, it became a UN Trusteeship until it was able to declare its independence in 1968.

Where is it located?: Asia

Palau, or the Republic of Palau, is the 4th smallest country by population. It's one of the largest by area in the top ten by virtue of it consisting or around 340 islands.

Of those, the most populous is the island of Koror whilst its capital, Ngerulmud, is actually located on the nearby island of Babeldaob. It is estimated that the islands were settled around 3000 years ago by settlers from the Phillippines.

European explorers first discovered the islands in the 16th Century and they were made part of the Spanish East Indies in 1574.

The islands fell under German control after the defeat of the Spanish during the Spanish-American War of 1898. They changed hands again during the First World War when they were captured by the Japanese.

They became a United-States governed Trust Territory of the Pacific Islands after the Second World War and later gained full sovereignty in 1994.

5. Monaco is defended by France

Where is it located?: France, Europe

It is a sovereign city-state, country, and microstate located in the picturesque French Riviera. Its small size and relatively large population make it one of the most densely-populated sovereign states in the world.

Monaco is a constitutional monarchy and their head of state, Prince Albert II, still retains considerable political power. Its official language is French and the state was officially recognized in the Franco-Monegasque Treaty of 1861.

Famously, despite being a sovereign state, this treaty dictates that France is primarily responsible for the countries defense.

6. San Marino is one of the wealthiest countries in Europe

Where is it located?: Italy, Europe

According to legend he also founded a monastic community on San Marino's highest peak, Monte Titano in 301 AD. Whether true or not, San Marino claims to be the oldest extant sovereign state and constitutional republic.

It is, in terms of GDP, one of the wealthiest countries in the world. San Marino has one of the lowest unemployment rates in Europe.

7. Liechtenstein used to be a tax haven for billionaires

Where is it located?: Austria, Switzerland, Europe

The Principality of Liechtenstein, or simply Liechtenstein for short, is a double land-locked microstate in Europe. Its official language is German and it is a constitutional monarchy ruled by the Prince of Liechtenstein.

It is bordered by Switzerland to the West and Austria to the East and North. By area, it is the fourth smallest country in Europe.

It has one of the highest GDPs for any country in the world and was once renowned for being a billionaire tax haven.

8. Saints Kitts and Nevis was the first British and French colony in the Carribean

Where is it located?: North America

Saints Kitts and Nevis, aka the Federation of Saint Christopher and Nevis, is the smallest country in the Americas and the Western Hemisphere. It is located in the Leeward islands chain of the Lesser Antilles.

To this day it remains within the Commonwealth realm of the United Kingdom with Queen Elizabeth II still recognized as its queen and head of state. Saint Kitts is the larger of the two islands and is also home to its capital of Basseterre.

The islands of Saints Kitts and Nevis were among the earliest to be settled by Europeans in the Carribean. In fact, Saint Kitts was home to the first British and French colonies in the area.

Because of this, it is also known by the nickname "The Mother Colony of the West Indies".

9. Dominica was ceded to Britain from the French in 1763

Where is it located?: North America

Dominca or more officially the Commonwealth of Dominica, is a small island country in the West Indies. It is located near Guadeloupe to the northwest and Martinique to the southeast.

It is one of the few republics in the Carribean and was first colonized by the French in the 1690s. After the Seven Year's War between France and the United Kingdom in 1763, the island fell under British control.

In 1978, the island was granted independence as formally became a republic under their first Prime Minister, Patrick John.

It is believed that the islands were first settled in the 2nd millennium BC. European explorers first found the islands in the 1520s.

The islands derive their name from British explorer John Marshall, who visited in 1788.

Japan occupied the islands during the First World War which were later combined with other territories in the region into the South Pacific Mandate by the League of Nations.

The United States took control of the islands during WW2 and they were later used for Nuclear testing between 1946 and 1958.

11. Andorra is thought to have been founded by Charlemagne

Where is it located?: Spain, Europe

Andorra, or more officially the Principality of Andorra, is a sovereign land-locked microstate on the Iberian Peninsula. It is bordered by Spain to the South and France to the North.

The state is believed to have been created by Charlemagne and is the sixth-smallest nation in Europe. It is also the 16th-smallest country in the world by area and 11th smallest by population.

Its capital, Andorra la Vella, is the highest in Europe. The countries official language is Catalan but Spanish, Portuguese and French are also spoken by its population.

Are Home Standby Generators the Next Must-Have Appliance?

Physicists Have Made the Most Precise Neutron Lifespan Measurement Ever