On Tuesday, North Korea tested an intercontinental ballistic missile (ICBM) that analysts estimated put the entirety of the United States within range.

Some officials believed the testing was a better version of North Korea's Hwasong-14 missile. However, new photos show that the new rocket is a two-stage, liquid-fueled missile that is sizably larger than the Hwasong-14. This is the first ICBM launch in two months from North Korea.

Michael Elleman works as a senior fellow for missile defense at the International Institute for Strategic Studies. He is also an analyst for the watchdog group 38 North, a group dedicated to keeping tabs on North Korea -- especially the country's missile usage and development.

"I’m not surprised that they eventually tested something like they did on Tuesday, I just thought they would try to better understand the Hwasong-14 and then move," Elleman said. "Now they’ve just stepped straight up into the Hwasong-15." 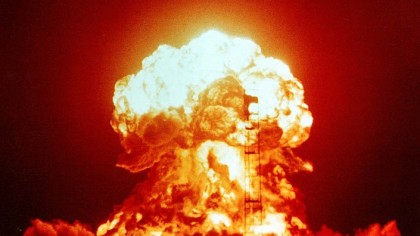 The ICBM testing certainly quieted doubts about North Korea's missile program after the misfires of the Hwasong-10 in April. United States Secretary of Defense James Mattis noted on Thursday that the U.S. will continue diplomacy for now with North Korea.

"I am not willing to say that diplomacy has not worked. We will continue to work diplomatically," Mattis said to the press. "At the same time, our diplomats will speak from a position of strength because we do have military options."

Why would Kim Jong-un insult me by calling me "old," when I would NEVER call him "short and fat?" Oh well, I try so hard to be his friend - and maybe someday that will happen!

(The verbal sparring has escalated so much since Trump took office that CNN has a running list of all the insults hurled between the two global leaders.)

The ICBM was enough for the island state of Hawaii to reinstate a nuclear attack warning drill that hasn't been touched since the 1980s.

"It was as anticlimactic as I expected, but I wanted to come outside and really hear it," said Peggy Sowl, sales manager at a local retail shop in Hawaii in an interview with the Washington Post. "Maybe they should be playing Broadway tunes if it’s the last sound we’re going to hear in the last 15 minutes of our lives."

Sowl, like other residents on the islands and other island nations close to North Korea, try not to let the proximity overwhelm her thoughts.

"Life has to go on or the bad guys already won," she said.

Hawaii and other island nations largely thrive off of tourism, an industry dependent upon visitors' perceptions of safety and security during travel. The Hawaiian state government is now tasked with crafting a nuclear emergency preparedness strategy while not scaring off the nearly 9 million tourists who invest in Hawaii each year.