Hayabusa2 probe will mine for samples on the Ryugu Asteroid before returning to earth in 2020.

A Japanese space probe will land on an asteroid this month and collect samples for research into the beginnings of the solar system. The Japan Aerospace Exploration Agency (JAXA), announced on Wednesday that the Hayabusa2 probe will touch down on the asteroid Ryugu at 8 am local time on February 22.

"The landing point is decided and how we're going to land is confirmed, so we want to do our best to achieve this without making mistakes," JAXA project manager Yuichi Tsuda told media. The initial landing was delayed after investigations of the asteroid's surface found it much more rockier and harsh than previously thought.

JAXA officials said they needed to delay the landing in order to better prepare for the unexpected conditions. The landing of the Hayabusa2 probe is part of a much larger mission involving Ryugu.

In October last year, an observatory robot landed on the asteroid's surface. The 10-kilogram observation robot known as MASCOT—"Mobile Asteroid Surface Scout” - has the ability to take images at multiple wavelengths, investigate minerals with a microscope, gauge surface temperatures and measure magnetic fields.

Hayabusa2 is the second iteration of the probe, the first explorer, Hayabusa, which is Japanese for falcon has been retired.

Hayabusa2 it is around the size of a fridge and is equipped with solar panels, the probe cost JAXA around 30 billion yen ($260 million) to develop. The valuable probe was launched in 2014 and is set to return to earth with its samples in 2020.

The samples will be used by Japanese scientists to answer fundamental questions about life and the formation of the universe.

By excavating the asteroid, the researchers hope to shed light on the questions whether elements from space helped give rise to life on Earth. Ryugu is located between Earth and Mars and is comprised of nickel, iron, cobalt, water, nitrogen, hydrogen and ammonia.

Japan registers locations on the asteroid

Ryugu, which means "Dragon Palace" in Japanese now has several official names. JAXA has announced the official location names as determined by the agency in collaboration with an international committee.

When a solar object is given place names, usually these names all fall under a certain theme, for instance, the place name on Venus are all names of goddesses. 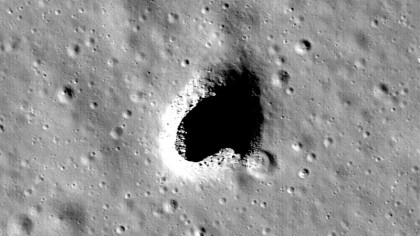 The theme for Ryugu has been decided as "the name that appears in stories for children," and approved by the Working Group for Planetary System Nomenclature (IAU WG in the following) of Division F (Planetary System and Bioastronomy) of the IAU (International Astronomical Union Association).

The names of 13 locations have been approved by the committee under four different types of topography.

These are described by JAXA as, "The first type is “dorsum” which originates from the Latin for peak or ridge. The second type is “crater” which are familiar structures on the Moon and asteroids. Then “fossa” meaning grooves or trenches and finally the Latin word “saxum” for the rocks and boulders that are a main characteristic of the Ryugu terrain."

The final names for the identified areas are named after famous characters or locations in well-known children's stories. The full list can be seen on the JAXA website.