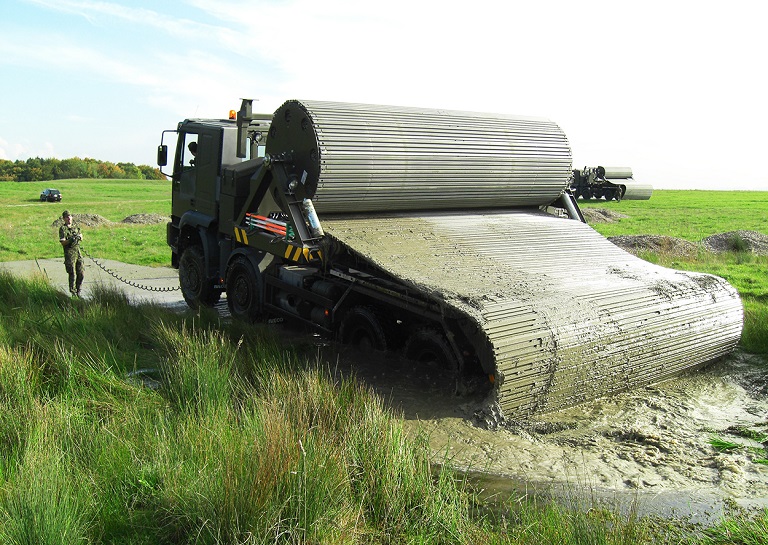 A crucial problem that convoys often face when attempting to plow through mud is that the more vehicles that pass through, the muddier it becomes. The buildup of mud is often detrimental to relief and military missions that often hold up many heavy vehicles at a time. While some may be able to initially pass, every vehicle that follows only turns the mud into a bigger slurry mess.

FAUN Trackway, a Wales-based manufacturer, devised an intriguing method to conquer the problem and allow passage for heavy machinery through otherwise impassable terrain. A specially rigged truck which houses a spool of high strength aluminum struts can quickly lay out 50 meters of temporary roadway to provide passage on short sections of difficult terrain. The track can then be quickly collected and used again as required. 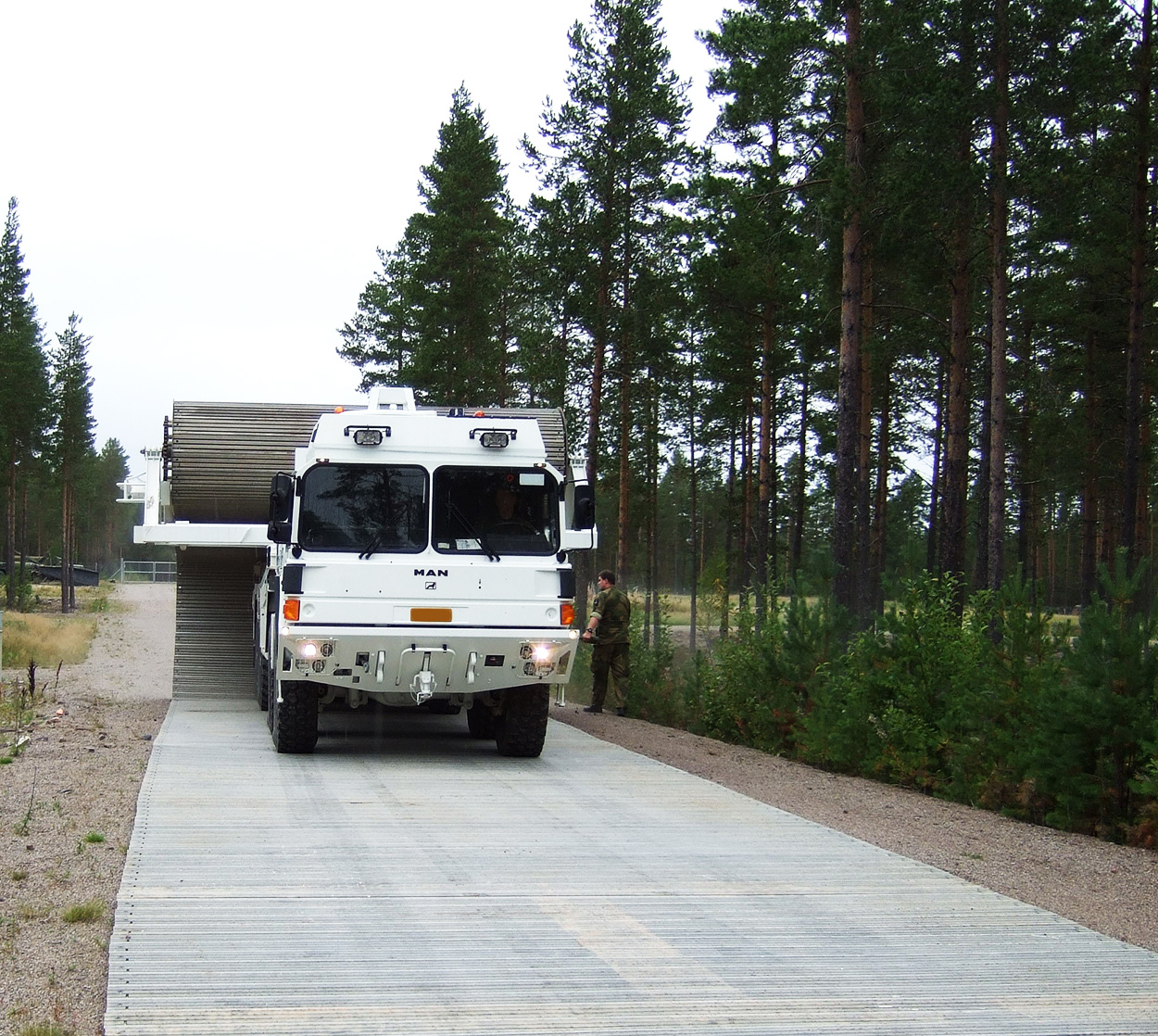 The track can be quickly deployed by a team of just two in under 10 minutes in the most difficult of terrain. Vehicles weighing up to 70 tonnes can then safely pass under without the risk of bogging out and potentially risking damage. The rapid deployment systems ensures rescue crews or military operations can quickly pass without the risk of becoming stuck in situations where time is critical.

The system is called the FAUN Trackway HEAVY GROUND MOBILITY SYSTEM, or HGMS for short. Generally, a HGMS contains a total of 100 meters of track- 50 meters on the truck, and 50 more towed behind on the trailer. The system can easily provide passage through tough terrain including “snow, marsh, mud and sand in a variety of climates”. The portable road is suitable for tracked, wheeled, light and heavy machinery.

The company has been in action for over 40 years and provides a host of other road services including temporary helicopter and runways installments. Using a very similar system, the HGMS can also quickly lay down a runway suitable for jets and other aircraft. The system is currently being used by over 30 different militaries.