To shake things up in the electric vehicle playground, Henrik Fisker tweeted new images of his latest luxurious e-car. The electric vehicle is promised to reach maximum speeds of 161 mph with the help of its aerodynamic design. With only 9 minutes of charging time, the Fisker Emotion can be driven for a solid 400 miles.

This luxury electric vehicle is equipped with a new battery technology using graphene. The battery packs are produced by Fisker Nanotech, a collaboration between Fisker Inc. and Nanotech Energy Inc.

Fisker Nanotech's Chairman, Jack Kavanaugh, spoke about the battery technology they are developing for Fisker's electric vehicle. "We’re teaming to create a new paradigm of what’s possible in the application of battery technology within the automotive sector. Our marriage of expertise and vision will deliver significant battery improvements in areas of density, longevity, and speed of charging, contributing to reductions in overall cost".

EMotion will have state of the art NMC chemistry produced by world's leading battery Co. Our efforts in Graphene & Solid State continue! pic.twitter.com/cZIbYNvIhv 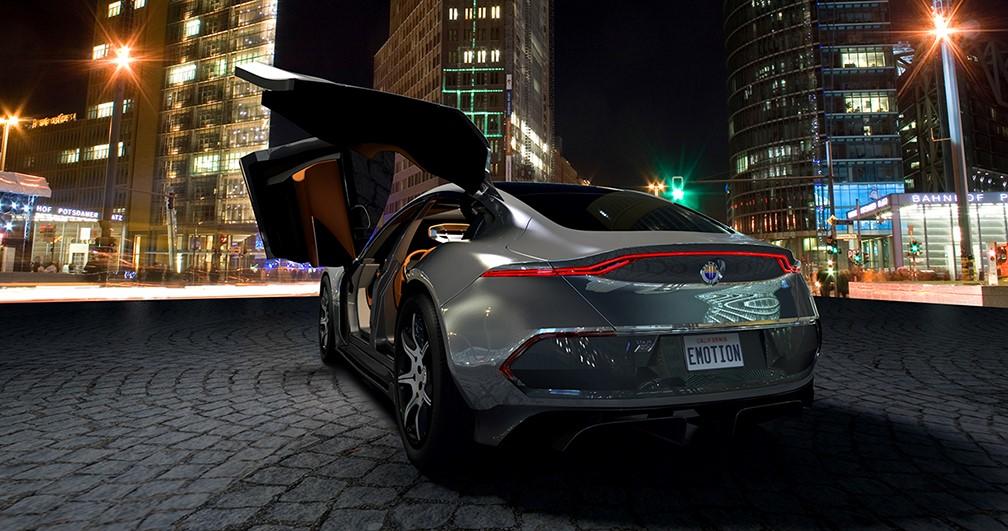 The Fisker EMotion also boasts a high-end, spacious interior design by pushing the vehicle's compartment forward, and increasing the wheelbase with a short front and rear overhang approach. It is set to have a more generous interior space and rear legroom compared to other electric vehicles and luxury sedans. The built-in hardware will permit the electric vehicle to be fully driven autonomously. It will be equipped with front and rear seat interface technology where users have access to screens and infotainment features. The composite, carbon fiber, and aluminum structure will also separate the Fisker EMotion out from its contemporaries.

First reveal images of Fisker EMotion: Eyes like a panther and front design with integrated LIDAR in the black center bright piece. pic.twitter.com/vHC2NlPfWt

Henrik Fisker expressed his future visions for the Fisker EMotion and his other lines of electric vehicles. 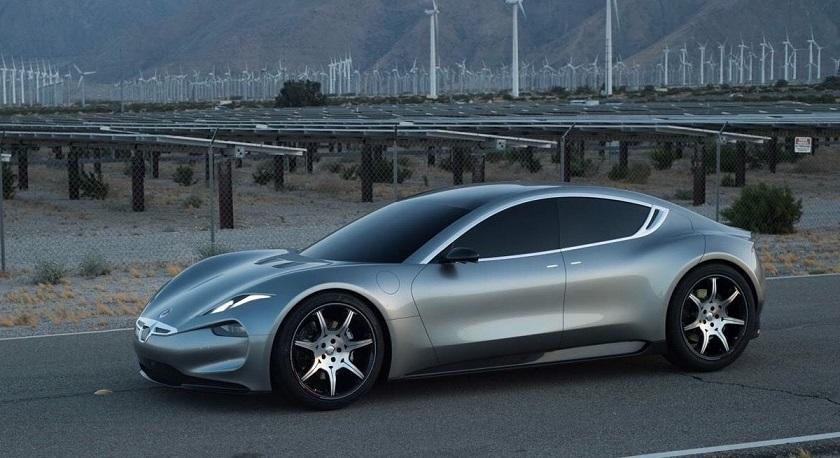 A few years before the Emotion came out, Fisker’s battery supplier filed for bankruptcy, which consequently resulted in Fisker Automotive to file for bankruptcy as well back in 2012. The initial Fisker Automotive firm was acquired by the Chinese firm Wanxiang who launched the £103,000 Fisker Karma Revero last year. It’s the follow-up model after the original release of the Fisker Karma didn’t manage to produce the specified performance and reliability. The Fisker Karma made some loud noise in the automotive world as one of the first electric luxury cars around. However, it didn’t take long for the electric vehicle to subside its fame as it made headlines for constantly breaking down and catching fire at times. The Revero looks a lot more like the original but with a more advanced electric engine. It also features a solar roof, which is capable of generating “up to 1.5 miles of electric range per day, depending on weather conditions”, according to Fisker Inc.

Like Elon Musk’s Tesla Model S, the Fisker EMotion is ready to be autonomously driven too when it comes out sometime this 2017. The latest electric vehicle is equipped with built-in hardware, allowing the car to be ready for autonomous steering when self-driving becomes a more conventional method of getting around. But that won’t be the case until later on after its official launch. To slightly deviate away from Tesla’s Falcon wing doors, the Fisker Emotion is designed with “butterfly” doors where the front opens up in a different direction from the rear. It will also have Lipik Electrochromic roof and rear side windows, which means users can tint them with just a touch of a button.

Literally pushing technological boundaries, the Fisker Emotion is designed with a Level 6 autonomous driving and a unique L6 aggressor button. What this does is it will push other autonomous vehicles aside as they react to the close up driving and automatically shift away.

Fisker Inc. boasted their bespoke and luxurious interior body that would put their new EV in a different league from its competitors. "Fisker drivers and passengers alike are cocooned in tactile, premium materials with an advanced ergonomic design. The no-compromise attitude is evident in more rear legroom and headroom than our main competitors. Our first model showcases an innovative design language with new exterior graphics that clearly communicates its origin as a purpose-built electric vehicle".

The Emotion will be built by VLF, partly owned by Fisker, which possess the necessary technology for autonomous driving modes. And taking a few steps ahead of other EV producers, Fisker confirmed that a “second, higher volume and lower cost model” will follow later on after the Emotion launches. “Production for that will be handled by an established car maker because the established car brands have really mastered high-volume, high-quality car production”, said Fisker.

Production of the Fisker EMotion is currently underway at an existing facility in the USA. Fisker Inc. will announce the first deliveries of the electric car after they have shown off the model in the middle of this year.

Henrik Fisker confirmed that the Emotion will be launched on the 17th of August this year. It’s not that long until we finally find out if the 9-minute charging time could actually power the electric vehicle to a 400-mile driving range.