Henry Ford: Remembering the Legend of the Automobile Industry

Henry Ford is the founder of the Ford Motor Company and one of the catalysts in accelerating the American industrial revolution.

He started out as a novice machinist, at the age of 16, in Detroit, Michigan in 1879. He returned and worked on his family's farm three years later but continued to operate and service steam engines and sometimes work for short period of hours in factories in Detroit. 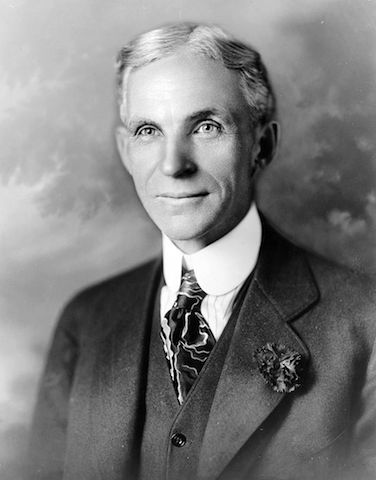 After getting into married life, Ford supported his family by running a sawmill in his hometown of Dearborn in Michigan. In 1891, when Ford and his wife went back to Detroit, he was hired as an engineer at the Edison Illuminating Company. Only after two years of working for the engineering firm, Ford was promoted to chief engineer with a 24 hour on-call schedule. It was during this time that Ford started working on his first attempt at building an automobile called the 'Quadricycle'.

The quadricycle is composed of a simple, light metal frame outfitted with four bicycle wheels and powered by a two-cylinder, four-horsepower gasoline engine. Ford used ethanol to fuel the quadricycle that was driven by a chain. Its transmission system only consists of two gear where the first is equivalent to 10mph and the second to 20mph. The lack of torque meant that Ford was unable to shift to second gear and the quadricycle did not have a gear for reversing. This early form of the automobile had wire wheels and an 11 liters fuel tank underneath the metal frame. 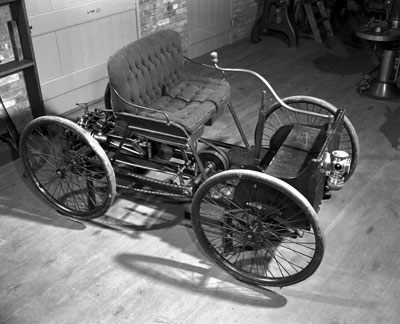 After Ford's multiple test drives on June 4, 1896, he achieved a maximum speed of 20mph. The Ford Motor Company is founded later on after this achievement.

Henry Ford did not invent the first automobile though, the invention is generally credited to Karl Benz of Germany. However, the Ford Motor Company did produce a line of automobiles starting from 1903 and eventually evolved into modern Ford models that we know today. Let's take a look at the early model series produced by the Ford Motor Company up to the Model T which is considered to be the first affordable model to be produced because of Ford's development of the assembly line. The manufacturing evolution of Ford's automobile company gave middle-class Americans the convenience of transportation. 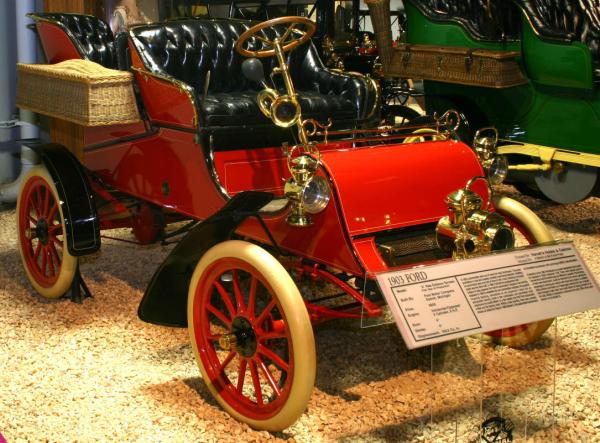 The Model A reached a maximum speed of 28mph and was introduced as the "most reliable machine in the world" at that time. However, it suffered from overheating and slipping transmission bands and was superseded by the Model C.

Ford's Model C is essentially a modern upgrade of the Model A with a slightly more powerful engine and longer wheelbase. The Model C was manufactured in the Ford Piquette Avenue Plant in 1904 to 1905 and is the first vehicle built in the Ford branch in Canada with 800 cars made at the end of its era. The Model F took over the Model C in 1905. 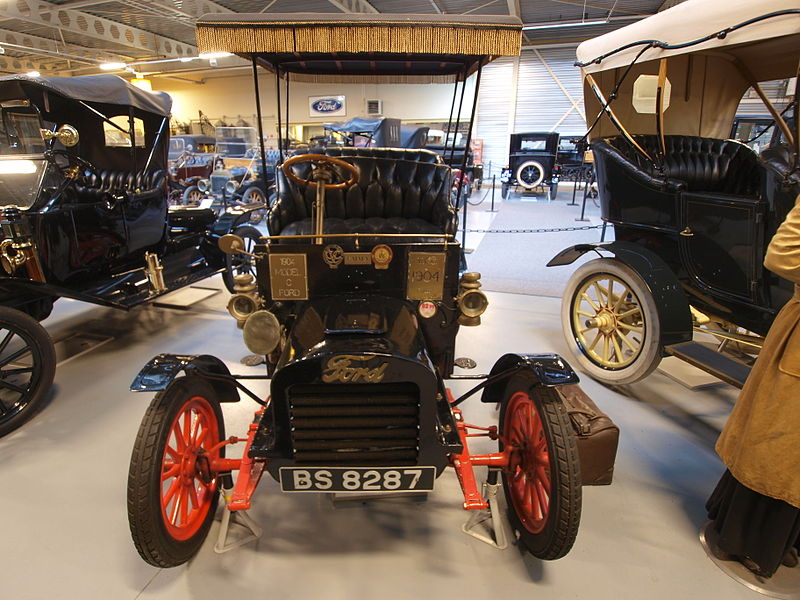 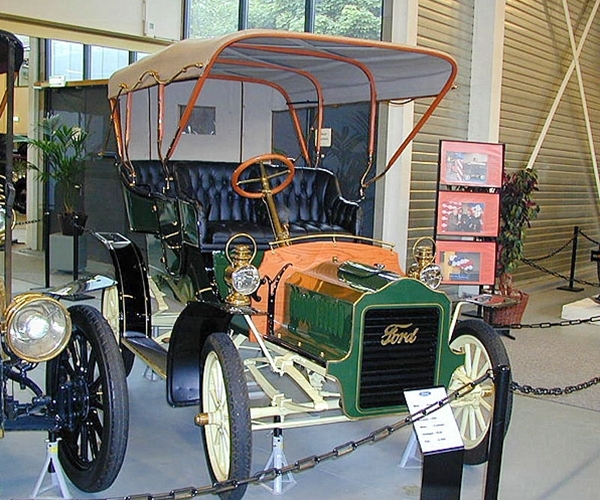 Ford's Model N deviated away from the previous models by placing its engine at the front of the vehicle. It has a 4-cylinder engine and was the first American car to use vanadium steel. There were 7,000 cars produced in this model series wich ended in 1908. Model R and Model S were close model series of the N Model but with varying features with Model S being Ford's last American right-hand drive model. 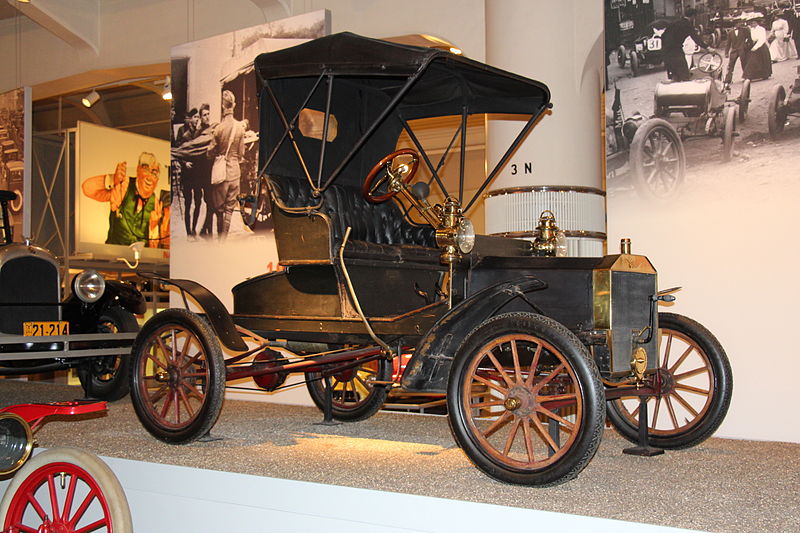 After the long series of the models that Ford's company has manufactured, the Ford Model T is considered to be the biggest success in the automobile world during the early 1900s. It was a symbol of America's age of modernization and gave the middle-class population a sense of power as it innovated their lives. A total of 16.5 million Ford Model T cars were sold and it ranks as the eighth on the top ten list of most sold cars of all time even until 2012.

It has a 2.9 L inline four-cylinder engine and reaches a maximum speed of 45-45 mph. The engine was able to run on gasoline, kerosene or ethanol, which was later banned due to the toxic nature of ethanol. The Model T is referred to as the 'Tin Lizzie'.

By 1918, fifty percent of the cars in America were Ford Model Ts. Henry Ford spoke of the Model T saying "I will build a car for the great multitude. It will be large enough for the family, but small enough for the individual to run and care for. It will be constructed of the best materials, by the best men to be hired, after the simplest designs that modern engineering can devise. But it will be so low in price that no man making a good salary will be unable to own one".

Because of the large orders received by Ford for the Model T, he developed techniques of mass production and consequently revolutionized the American industry, which includes the use of large production plants, various standardized car parts, and the moving assembly line. By enhancing the assembly line, the time and money required to manufacture an automobile were reduced which caused sale prices to be affordable. Ford also set a standard in the industry for workers' wage at $5 for an 8 hour workday (from $2.34 for 9 hours). 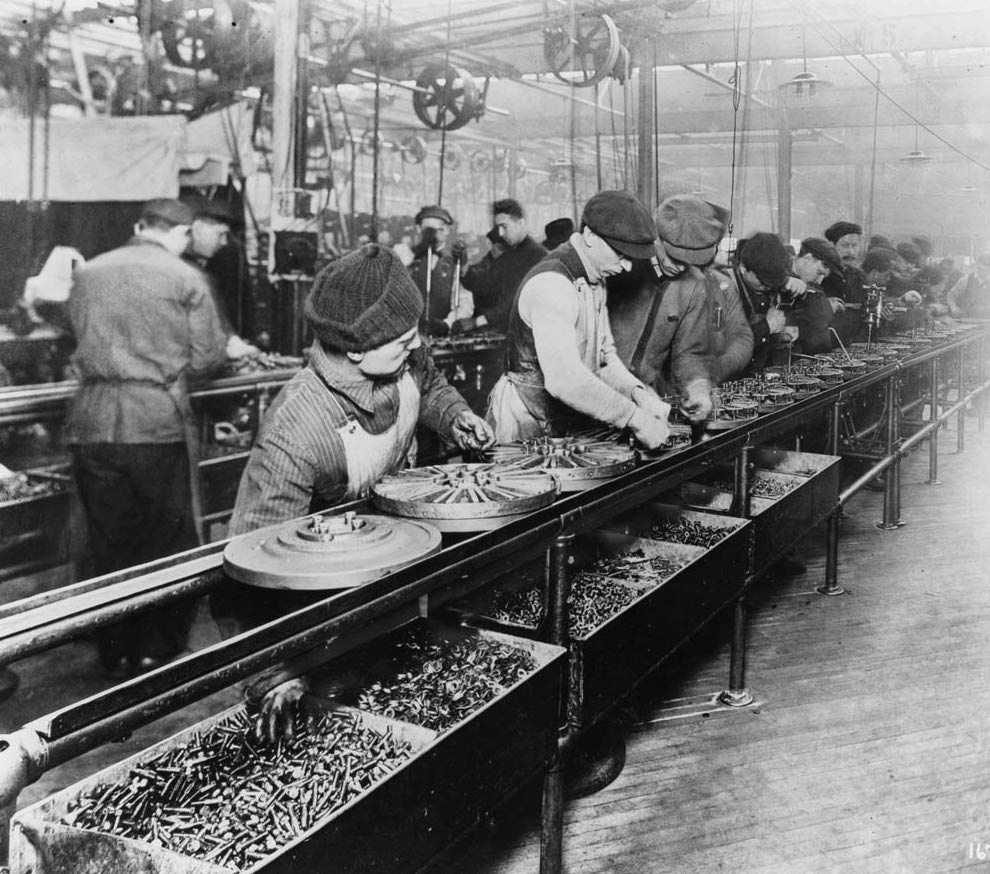 Since then, the Ford Motor Company has been the biggest automotive producer in the world and have expanded on a global scale from Ford's humble beginnings as a machinist apprentice.

Henry Ford gave his son, Edsel, the president position in the Ford Motor Company in 1919 though he still continued to take full control of the company's operations. In 1927, Ford stopped producing the Model T cars and decided to introduce a new model restarting with the series name Model A with the encouragement of his son and company's president, Edsel. The new Model A featured better horsepower and breaks compared to all the other previous Ford models.

Ford has also tried to expand his business horizon abroad in Brazil during the late 1920s. He established the Fordlandia business in 1928 near the jungles of Brazil where he manufactured rubber from plantations worked by the locals. Ford also attempted to establish an all-American community in the area but gave up the town later on to the Brazilian authorities because of the disease that had spread out.

Ford worked less for the company and allowed his son to take over more of the business and focused his time doing philanthropic deeds during the 1930s. However, Edsel passed away in 1943 and Ford took over the company again. By that time, Ford wasn't the same innovative industrialist as he was before due to his old age. He became forgetful, paranoid and narrow-minded.

Henry Ford attempted to take on a Senate seat in 1918 but was unsuccessful by closely losing to his opponents. He went on to acquire the Dearborn Independent, a local newspaper in his hometown, the same year he ran for Senate. In the news media, Ford boldly expressed his anti-semitic views by publishing a four-volume set of writings called 'The International Jew'. He later discarded the writings and sold off the paper but continued to support Nazi views and later on in 1938, Ford received the Grand Cross of the German Eagle which is the highest medal from the Nazi regime acknowledging foreign allies. 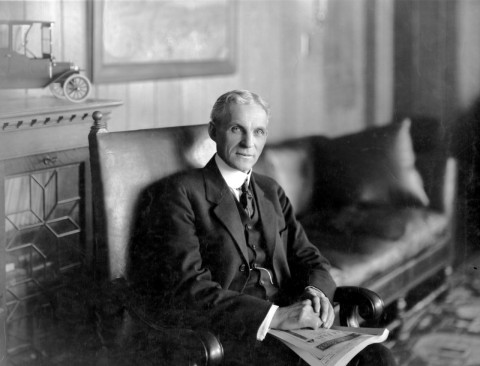 Henry Ford also possessed strong anti-union views despite increasing the standard for minimum wage. He was extremely against unionization of labor and defy to compromise with the United Automobile Workers (UAW). Ford initially considered to shut down the Ford Motoring Company before agreeing to sign his first contract with UAW in 1941 in order to not give in to the union group.

Watch the colossal aviation industry changes amid sanctions against Russia