Researchers from Stanford University and SLAC used a Nobel-prize winning technique to get a clearer picture on exactly what causes smartphone batteries to explode.

Exploding smartphones are a nightmare scenario for any owner, regardless if the phone is an Android or iPhone. For years, the traditional answers behind the explosions were vague and often battery related. The explanations, however, seemed to stop there. Scientists have finally managed to get a better understanding of the microscopic culprits behind battery explosions.

A researcher team from Stanford University and the SLAC National Accelerator Laboratory caught glimpses of dendrites -- finger-like growths that breach battery barriers -- via microscope. The team used a technique called cryo-electron microscopy (cryo-EM). Cryo-EM recently made headlines as it won the Nobel Prize in Chemistry this year. The technique rapidly freezes samples in liquid nitrogen and gives researchers a more accurate picture into a sample. 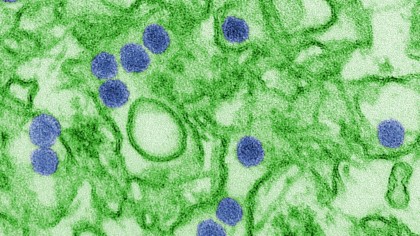 Cryo-EM gave the Stanford and SLAC team a clear picture of the dendrites. Previously, the dendrites had been depicted as an irregular, pitted shape. The new images rendered by the scientists show that lithium metal dendrites are actually long, elegantly formed six-sided crystals.

Dendrites form when electrodes in a battery degrade. This leads the metal ions to collect on the surface. When ion 'fingers' breach the two halves of the battery, overheating starts. And, well, it's been heavily documented what could happen with an overheated smartphone battery.

"This is super exciting and opens up amazing opportunities," said one of the researchers, Yi Cui from SLAC. "With cryo-EM, you can look at a material that's fragile and chemically unstable and you can preserve its pristine state – what it looks like in a real battery ­– and look at it under high resolution."

The researchers alternative viewing method was transmission electron microscopy (TEM). However, TEM was often too harsh for materials including lithium metals. Initial research with TEM didn't prove promising for the researchers.

"TEM sample preparation is carried out in air, but lithium metal corrodes very quickly in air,” said Yuzhang Li, a Stanford graduate student who led the work with fellow grad student Yanbin Li. “Every time we tried to view lithium metal at high magnification with an electron microscope the electrons would drill holes in the dendrite or even melt it altogether [sic]."

"It’s like focusing sunlight onto a leaf with a magnifying glass. But if you cool the leaf at the same time you focus the light on it, the heat will be dissipated and the leaf will be unharmed. That’s what we do with cryo-EM. When it comes to imaging these battery materials, the difference is very stark."

Saving the Future of Batteries

Dendrites and the problems they spark will give scientists a better understanding of how to plan for new types of batteries. Planning ahead for dendrites would affect the future of energy storage and create long-lasting batteries despite varying conditions.

"We were really excited. This was the first time we were able to get such detailed images of a dendrite, and we also saw the nanostructure of the SEI layer for the first time," says one of the researchers, Yanbin Li. "This tool can help us understand what different electrolytes do and why certain ones work better than others."