A stunning find by horticulturalists: two trees, thought to have been extinct in Britain for 50 years, have been found in the garden of Her Majesty The Queen’s Palace of Holyroodhouse in Scotland. 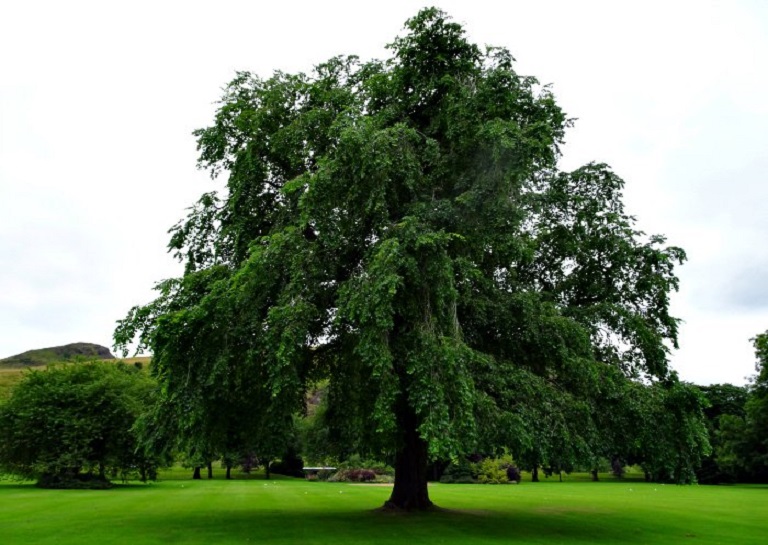 The 30-meter-tall trees are generally hard to hide, but two Wentworth elms (Ulmus 'Wentworthii Pendula) went unnoticed in a royal garden for over  half a century.

Max Coleman of the Royal Botanic Garden Edinburgh identified the trees. He described the find:

“Such a discovery when the trees in question are just shy of 100 feet and in plain sight does sound rather odd. It is very likely the only reason these rare elms have survived is because Edinburgh City Council has been surveying and removing diseased elms since the 1980s. Without that work many more of the thousands of elms in Edinburgh would have been lost. The success of this programme may be partly demonstrated in the way two rare trees have been preserved.”

“When RBGE got in touch to ask if we could facilitate a walk round the gardens to find cultivars for propagation, we were happy to help - but certainly didn’t expect them to find these rare specimens hidden in plain sight! The HES gardens team have undertaken careful maintenance of these specimens over the past several years, including crown reduction and limb bracing works, and we’re proud to help look after the only remaining examples of these trees in Britain.”

The provenance of the trees has yet to be determined. The most likely source? The Royal Botanic Garden Edinburgh itself. Archives from 1902 show receipt of three Wentworth elms from Germany, though only one tree is mentioned in records after this date. Dr Coleman explains:

“It is very tempting to speculate that the Wentworth elms at the Palace are the two missing trees from RBGE. There is anecdotal evidence that the young trees could have come in to RBGE then been grown-on before planting-out in their final positions. Certainly, there was a close relationship between the Palace and the Garden in the early 20th century and the head gardener at Holyrood, William Smith, had trained here. And, although we have no record here of elms going out, we know that a large number of ivy plants went from here to Holyrood to plant round the abbey ruins.”

The Royal Botanic Garden Edinburgh now wants to propagate the elms, ensuring these beautiful trees are brought back from extinction and into gardens across Britain.

The US Recorded Highest Number of UFO Sightings in 2020

UFO Sightings May Just Be Enemy Drones Gathering US Intel