Hieroglyphics Amazingly Brought Back to Life

Originally, hieroglyphics were incredibly detailed works of art that incorporated colors and told intricate stories on walls of stone. Archaeologists at the Metropolitan Museum of Art (MET) have brought back the ancient pictures with the use of some creative projecting and digital animation. Most of the colors on these drawings have been washed away due to years of degradation from exposure to the natural environment. According to RT, accounts of Egyptian explorers recount some of the beauty of the original hieroglyphs. If you want to see the artistry like never before, check out the video below.

It is amazing to think that the people of the day would have been able to read and understand the drawings. Not only this, but the towering walls covered in what would have been colorful designs must have been quite the sight to see. Used to communicate vivid stories about kings and gods, the unique writing held its ground for thousands of years.

Hieroglyphs displayed at the MET are from the Temple of Dendur which was built in 10 B.C. Once situated on the river Nile, the temple was saved from flooding damage and later donated to the MET in 1965. 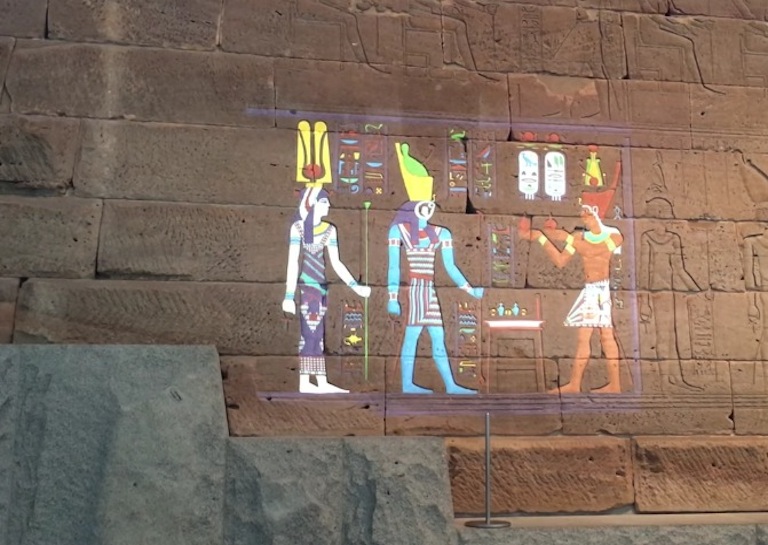 This new installment comes from the curators at museum who wanted to bring that extra level of interaction to the already historical exhibit. Incorporating technology with ancient artwork has created a very unique display and learning experience for all of the quests to the museum. When it comes to old ruins, we often forget the vibrant works of art that they once were. This technology is bringing a little more light - no pun intended - to the world of archaeology and hieroglyphics.

SEE ALSO: Thermal anomalies are found in the Great Pyramid of Giza