Physicists at LHC's CMS and ATLAS experiments discover the God particle plays a key role in the top quark's mass.

CERN, the European Organization for Nuclear Research, announced this week that experiments from its Large Hadron Collider (LHC) have observed how the Higgs boson interacts with the top quark, the heaviest known elementary particle. The results come from the general-purpose detectors ATLAS and CMS.

“These measurements by the CMS and ATLAS Collaborations give a strong indication that the Higgs boson has a key role in the large value of the top quark mass. While this is certainly a key feature of the Standard Model, this is the first time it has been verified experimentally with overwhelming significance,” said Karl Jakobs, spokesperson of the ATLAS collaboration, in a CERN release.

The God particle and its coupling

The Higgs boson, also referred to as the God particle, was first discovered in 2012 by ATLAS and CMS physicists. The particle's associated field, known as the Higgs field, pervades all space and is responsible for giving particles such as leptons and quarks their masses by coupling with them. 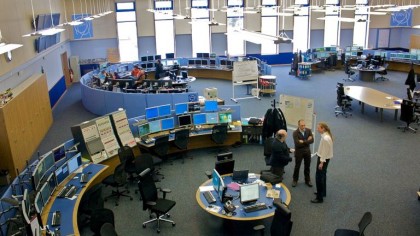 Although the elusive particle generally interacts only with massive particles, quantum mechanics will allow it to briefly fluctuate into a top quark and a top anti-quark when it couples with a top quark. Physicists attempting to measure this Higgs-top coupling target cases of an emission of a Higgs boson by a top-antitop quark pair, called a "ttH production," because they result in a more direct manifestation of the process.

It is the results of a "ttH production" process that were presented at the LHCP conference in Bologna and published in a study in the journal Physical Review Letters this week. The work is ongoing, with more results expected end of the year, but the current findings have been very promising.

“The CMS analysis teams, and their counterparts in ATLAS, employed new approaches and advanced analysis techniques to reach this milestone. When ATLAS and CMS finish data taking in November of 2018, we will have enough events to challenge even more strongly the Standard Model prediction for ttH, to see if there is an indication of something new,” declared Joel Butler, spokesperson of the CMS collaboration.

Going forward, both experiments will analyze increasingly more data to uncover if the Higgs boson reveals the presence of physics beyond the Standard Model. CERN Director for Research and Computing Eckhard Elsen called the results produced so far "beautiful" and said that the teams are “on the right track with our plans for the High-Luminosity LHC and the physics results it promises.”