The solar energy sector continues to strive for ever increasing efficiencies. Now, one start-up has applied an innovative approach to blast the competition out of the water. Boasting an efficiency of 36.4% in lab tests, Insolight solar cells are leading the pack, using photovoltaic technology from satellites.

The rate at which the solar industry is responding to the demand for cheap renewable electricity sources is staggering. Current efficiencies for most photovoltaics hover between 18 and 20 percent. The cost per kilowatt hour of photovoltaics has decreased by nearly 80% in the past 6 years alone. This is the largest drop of any electricity source. However, solar cell technology still costs more per kilowatt hour than non-renewable sources. This barrier will continue to impact upon uptake in the short term.

The challenge remains to make high efficiency solar cells, capable of converting a lot of sunlight into electrical energy at the lowest possible cost, readily available for domestic use.

Less than two weeks ago, researchers from MIT and the Masdar Institute of Science and Technology announced their high efficiency ‘step cell’, touted as obtaining 35% efficiency in lab tests. These solar cells comprise two layers of photovoltaics, arranged to expose each layer to sunlight. While these ‘multijunction’ cells allow for the absorbance of an increased range of solar energy, they can be expensive to produce. The new step cell incorporates a reusable substrate in the manufacture of one vital component, effectively decreasing its cost.

Now Insolight, a start-up out of the Swiss Federal Institute of Technology in Lausanne (EPFL), has burst onto the scene. They have just announced even greater efficiencies in affordable solar technologies than the MIT-Masdar team. Their prototype was recently tested by independent German lab the Fraunhofer Institute, confirming a yield of 36.4%. 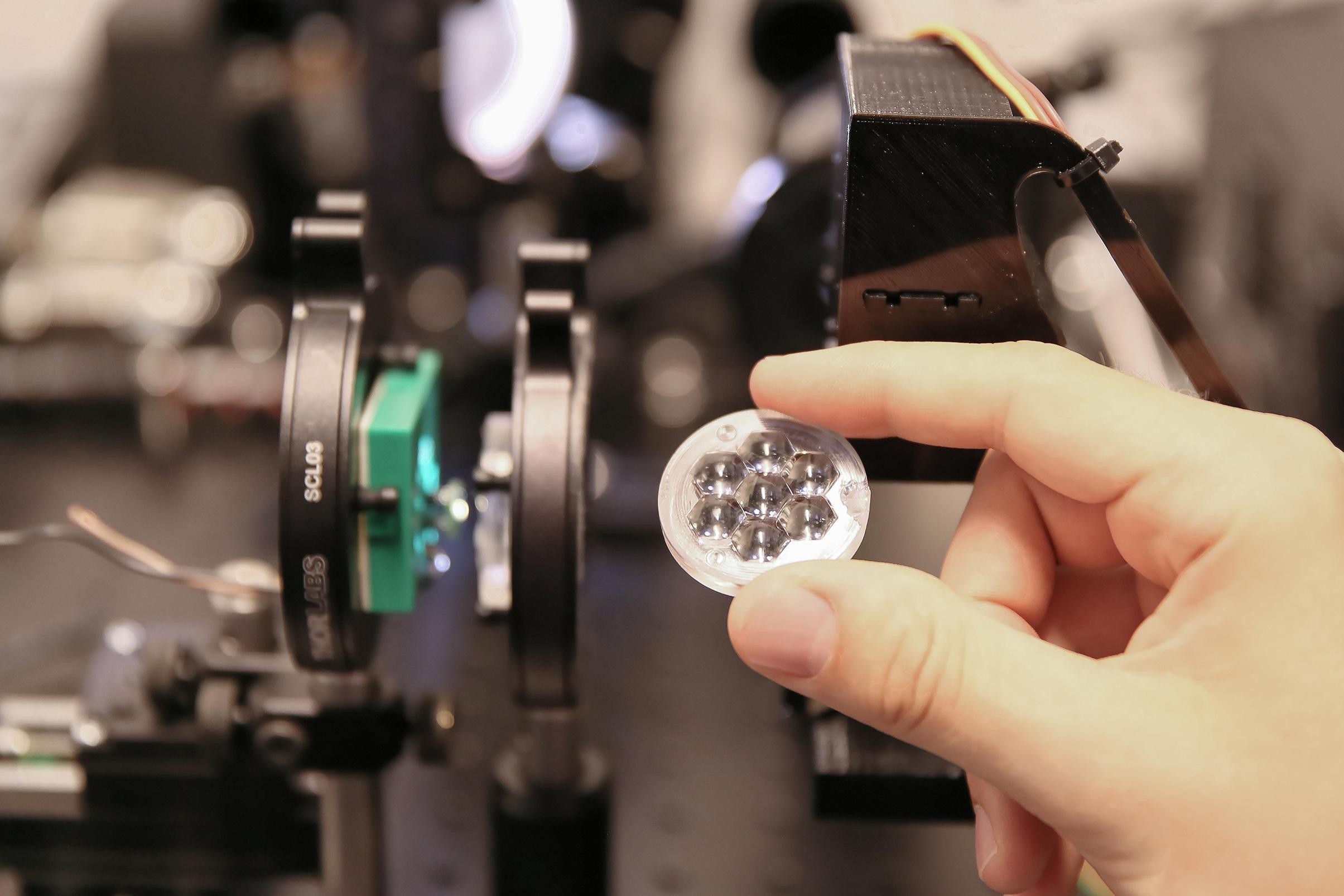 The new technology uses optics to amp up the output. Using an array of lenses, sunlight is directed, like a collection of magnifying glasses, onto miniature versions of the most efficient solar cells available. Prohibitively expensive for common use, these cells use multiple layers to catch many different wavelengths of light. In this way, they are able to convert up to 45% of incoming solar energy to electricity and, due to their cost, are usually found in space technology.

Shrinking these advanced solar cells to just a few square millimetres brings their cost down to Earth, allowing researchers to explore practical uses for them in everyday settings. This reduction in size is made possible by the innovative sunlight capturing method employed by the Insolight team. 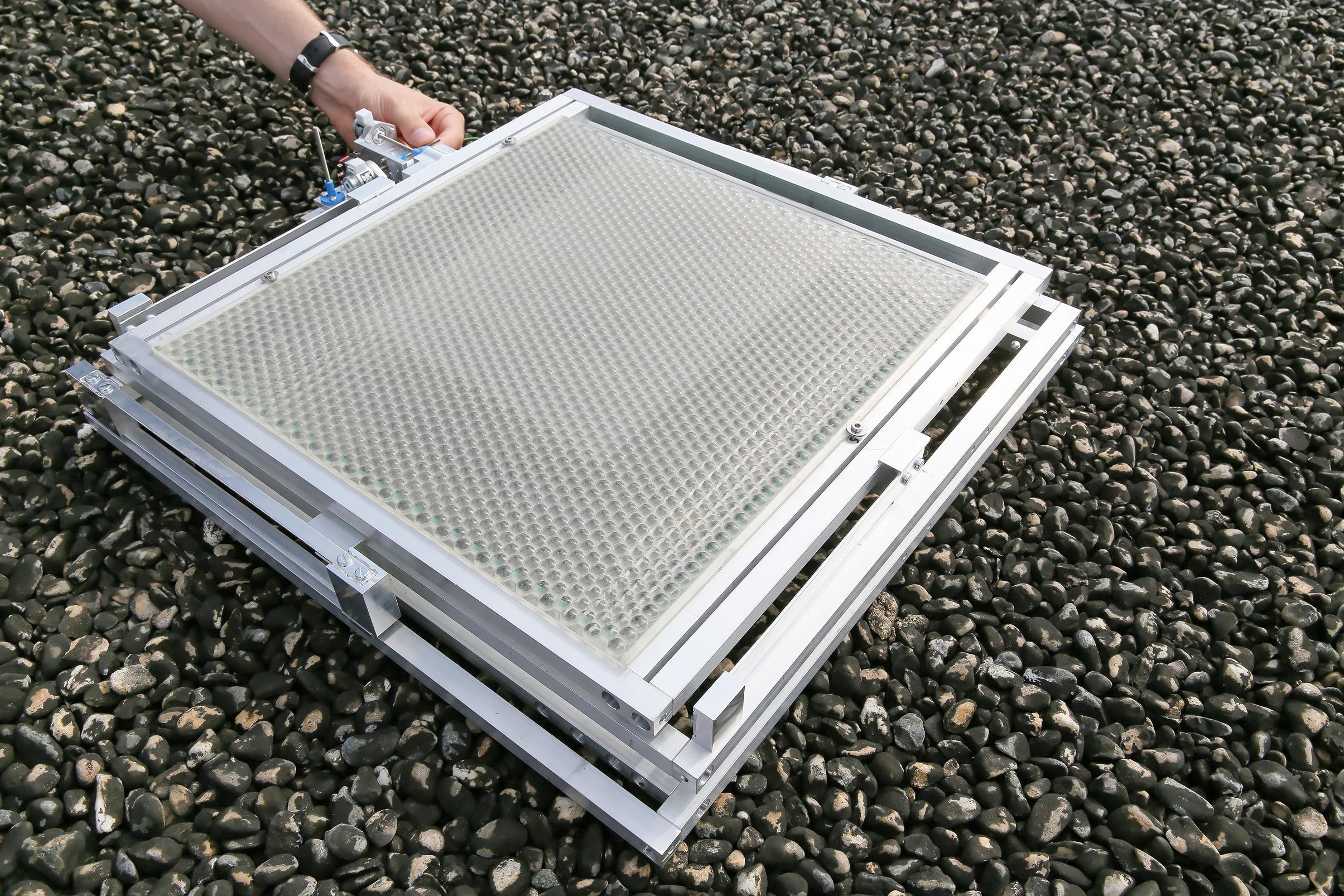 Likening the collection of sunlight to water – ‘It’s like a shower: all the water goes down one small drain, there’s no need for the drain to cover the entire floor of the shower’ – CEO Laurent Coulot and his team have developed an ingenious microtracking system. In response to sensor input reporting the sun’s position, this system adjusts the position of an array of tiny lenses. This method ensures that direct sunlight always strikes each solar cell, irrespective of the angle of incidence. In what is effectively a solar concentrator for photovoltaics, the small size and high efficiency are major drawcards of this technology.

'Frozen' Immune Cells Can Be Reactivated to Fight Brain Tumors