While destroying nature every minute, humankind also wants to pay back animals that have to cross highways by building wildlife crossings to keep them safer.

Civilization is relentlessly progressing, hence shaping the world. But on the other hand, everything that human race have built and continue building is actually taking away something from nature, wildlife and Earth itself. Whenever we pave a road, we are cutting a habitat in to two pieces and building dangerous borders that wild animals have to cross, and mostly fail. Road network indeed plays a role in road kills and habitat fragmentation. But at least some movements and growing numbers of tree huggers collaborate with governments and highway engineers to build wildlife crossings. That really matters. More than you imagine. 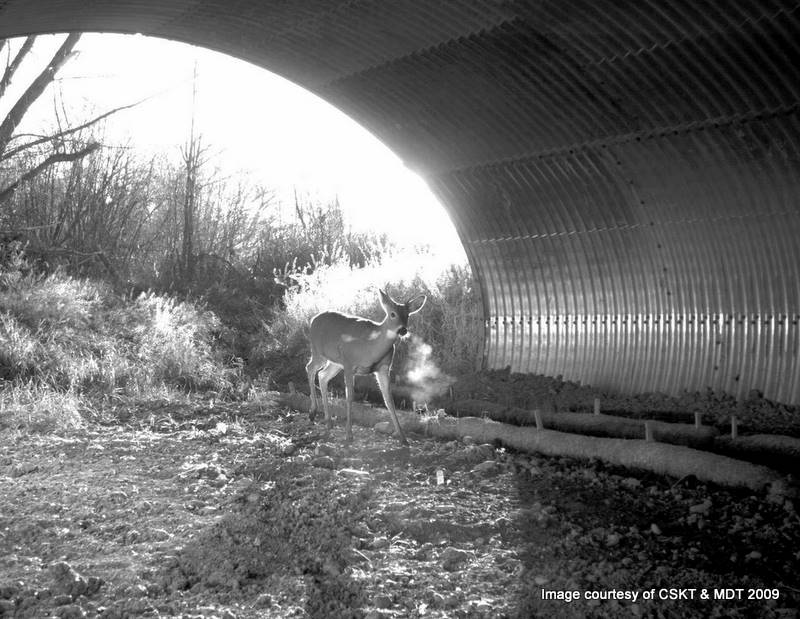 Highway 93, is a part of one of the most extensive and progressive wildlife-oriented road design programs in the US. A 56-mile part of Highway 93 holds 41 underpasses and overpasses, as well as other protective steps, for wildlife and fish. Collaborated with highway engineers, the tribes, Defenders of Wildlife organization and the Montana State University; wildlife crossings built to avoid fatalities and minimize the danger as much as possible.

Watch the audio slide show of Marcel Huijser, a researcher from Montana State University, telling the story of how some of the wildlife crossings are transforming a section of highway in the Flathead Indian Reservation, published in Orion Magazine's Reimagining Infrastructure series.


According to Andrew D. Blechman, a journalist who mostly works on animal-related subjects; the resistance of Confederated Kootenai and Salish Tribes shaped the project. When the Montana Department of Transportation approached them about widening the portion, the first thing they asked for was to lessen the negative effects of the road on wildlife.

"They first wanted assurances that any highway expansion would address the spirit that defines this region of prime wildlife habitat and natural wonders. The primary goal for the tribes was to mitigate the impact of the road on wildlife."

The Department collaborated with road engineers, ecologists and many others. Eventually, they came up with a well-designed road program for Highway 93 that includes about 40 wildlife crossings. The project includes various types of crossings, such as overpasses, green bridges, culverts, and pipes, wholly designed to allow various species to cross the road. Indeed while rodents prefer to use small culverts and pipes, a bighorn prefers open terrain below high bridges or vegetated overpasses. A concrete box culvert might be slightly accepted by a bear or a mountain lion but not by a bighorn sheep or a deer. Instead of overpasses, small mammals such as voles and deer mice prefers small culverts. Well, it sounds like it is not easy to re-create what was once used to be there. Blechman points the harsh truth:

"Highways turn contiguous habitat into haphazardly fragmented islands where animals must either find their way across, or learn to feed, roam, and reproduce in an increasingly limited area. Four grizzlies were killed in traffic collisions between 1998 and 2010 on the Flathead reservation section of highway. Thousands of deer and western painted turtles also perished, along with countless other animals, including mountain lions, wolves, and moose."

SEE ALSO: 10 Most Beautiful Wildlife Crossings Around the World