The seeds of the GM rice can be crushed to make a topical cream for use in preventing the spread of HIV infection.

Scientists have developed a form of genetically modified rice that could help prevent the spread of HIV. In a recent journal article published in the Proceedings of the National Academy of Sciences, researchers explained how they modified the strain to rice so that it can now produce HIV-neutralizing proteins.

The news is the latest novel way to deal with the devastating widespread disease. Despite massive leaps forward in knowledge and prevention methods, there are still about 37 million people living with HIV around the world.

One in 25 African adults affected by HIV

According to to the World Health Organization, that’s about 0.8 percent of adults between 15 and 49 years old. Africa has the largest population of people living with HIV, about one in twenty-five adults are affected by the illness. In 2017 alone more than, 900,000 people died from HIV-related illnesses.

For many economic and political reasons, HIV treatment has become more widely available in the West. In the US, known cases of HIV infections dropped from 135,000 in 1985 to 50,000 in 2010, according to the Centers for Disease Control and Prevention.

This dramatic reduction in the disease is achieved through a combination of better education about the spread of the disease as well as the development of oral HIV medication. However many of these medicines are not available in developing countries so scientists are looking for other ways to help reduce the disease.

The modified rice produces two types of proteins and one kind of antibody that can bind to HIV viruses. Once the rice is grown its seeds can be processed on-site to make a topical cream containing the proteins.

Rice cream can be applied directly to skin

The cream can then be applied to the skin to allow the proteins to enter the body. 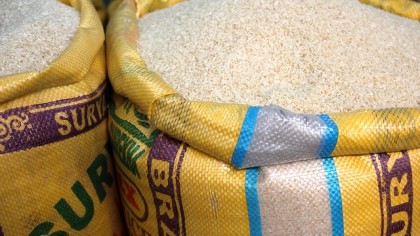 The researchers say the cost of making the cream is really low and that they hope people living in affected areas can grow the rice, make the paste and apply it themselves.

While the idea is an exciting breakthrough in helping reduce the number of HIV infections, the scientists still have a lengthy testing process to do to ensure that the genetically modified rice doesn’t pass on any harmful side effects to humans.

The idea also goes some way to perpetuate the gap between different expectation for people around the world. It would be unheard of to expect a person living in New York to grow their own rice to then make a cream for application to assist in the prevention of a deadly disease, but structural racism and corporate greed means this is a genuine suggestion for people in third world countries.

The research has been published in the Proceedings of the National Academy of Sciences.