Scientists from the University of Leeds reported that hand dryers in UK hospitals could spread an alarmingly high level of contaminants.

The beauty of scientific research is that it focuses just as much energy on disproving theories as it does in confirming them, creating a kind of checks and balances system. Some of them might involve various theories in Physics, while others come in the form of evaluation from Interesting Engineering principles of the perceived effects of wind turbine noise.

Disproving ideas can often provide a benefit to the general public, especially in cases when it involves showing how a specific practice does not offer the expected benefits. Now it seems, thanks to the work of a team of scientists from the University of Leeds, one of our strongly defended practices is under strong criticism: the use of jet-air hand dryers.

The researchers collected samples from 2 toilets of 3 hospital restrooms in France, Italy, and the UK. The bacteria cultures included those from multiple surfaces, air, and even dust. The study also focused on the rate of footfall contact someone would encounter in a restroom. The results were alarming: footfall was found to be 9 times higher in the washrooms where the samples were collected.

Although the team believes that hand dryers themselves were not the culprits, they became agents of transmitting leftover contaminants from the previous visitors of the washroom.

“The problem starts because some people do not wash their hands properly. When people use a jet-air dryer, the microbes get blown off and spread around the toilet room. In effect, the dryer creates an aerosol that contaminates the toilet room, including the dryer itself and potentially the sinks, floor, and other surfaces, depending on the dryer design and where it is sited. If people touch those surfaces, they risk becoming contaminated by bacteria or viruses," explained Mark Wilcox, Professor of Medical Microbiology at the University of Leeds who supervised the international study.

Back to the Basics

Despite the somewhat disturbing results found in the study, the scientists also put forward a simple set of recommendations based on essentially phasing out or stopping the use of hand dryers in washrooms. As one of the suggestion involves going back to the time-honored practice of using paper towels. 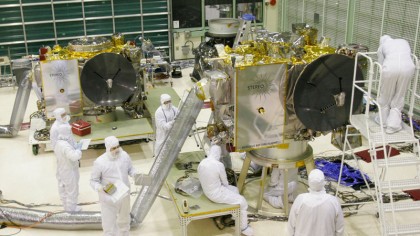 “Jet-air dryers often rely on no-touch technology to initiate hand drying. However, paper towels absorb the water and microbes left on the hands and if they are disposed of properly, there is less potential for cross-contamination," Wilcox said.

Perhaps the innovative machines are facing the necessary scrutiny that antibacterial wipes and gels have been facing in recent years. In both scenarios, thanks to the valuable contributions of the scientists involved in various studies, we are collectively urged to ask a critical question: do these modern alternatives truly provide benefits that justify the promotion efforts behind them? The continuing conversations in the scientific community, thankfully, will keep this important public health discussion alive.

Details about the study appear in a paper, titled "Environmental contamination by bacteria in hospital washrooms according to the hand-drying method: a multi-centre study", which was published online July 10th in the Journal of Hospital Infection.

Via: University of Leeds