How Comets Changed the Course of Human History

Comets have fascinated and terrified us, but here is how they have actually changed the course of human history.

The appearance of a comet has had special significance throughout our history. In ancient China, some of the oldest written records on are about comets.

The first written account of Halley’s Comet was recorded in Greece in 466 BCE.

And Halley's Comet is thought to have entered our solar system as long ago as 200,000 BCE, the same time that anatomically modern humans arrived on the scene here on Earth.

Without question, humanity is intimately tied to this celestial event, whether they like it or not, and the appearance of a comet can often change the course of history.

The heir and adopted son of Julius Caesar, Octavian, was the youngest and least-established power player in the political struggle that followed Caesar's assassination in 44 BCE.

Only 19 years old at the time, Octavian was not given much consideration by the people or the established power structure on account of his age and less-distinguished background.

Julius Caesar was loved by the people for championing land reforms and other populist measures.

So it was a stroke of good fortune for Octavian that four months after Caesar's death, a comet appeared in the sky above Rome and shone for seven straight days during funeral games held in Caesar's honor.

Records in both Rome and China describe it as being one of the brightest comets ever seen on Earth .

And it was immediately believed that Caesar must have truly been descended from Venus, something Caesar claimed throughout his life and that the comet was Caesar's soul returning to the heavens to join the gods.

For Caesar's assassins, this development was unsettling, to say the least, but while Marc Antony could try to use it to his advantage, it was Octavian who benefited most of all.

Octavian began pushing for the deification of Caesar as a god in the Roman pantheon. The Senate, which had just murdered Caesar, after all, resisted.

Octavian, shrewder than anyone at the time knew, used the cause of deification to quickly build a base of political support that his rivals soon could not match.

Now considered part-god himself by many in Rome, Octavian systematically dispatched his enemies over the next 13 years to assume full control over the Roman state, marking the formal start of the Roman Empire.

Julius Caesar was formally inducted into the Pantheon and Octavian took the name, Augustus Caesar.

He struck coins bearing Caesar's comet on the back and used the arrival of Halley's Comet in 12 BCE as further propaganda tying himself to the gods.

After ruling for 40 years of relative peace and prosperity, Augustus himself was deified upon his death in 14 CE.

Several hundred years later, in 530 CE, Halley’s comet made its periodic return to history, and it was one of the closest approaches Halley's Comet has ever made to the Earth.

The tail of the comet would have stretched over a large part of the sky and Romans of this period weren't too keen on comets. Everyone waited for a calamity, but it didn't seem to come.

Justinian the Great, Emperor of the Eastern Roman Empire, was trying to retake Italy, Spain and other former Roman provinces and reincorporate them into the Empire.

It had been almost 60 years since the collapse of the Western Empire and Justinian felt he had a mandate from God to reunite the whole of the Roman Empire under one ruler.

Then, the summer didn’t come during the years 536-540 and the winters were very harsh. Crops failed and Europe was gripped by famine sapping the strength of the citizens and the army of the Roman Empire.

Just as the seasons began to recover in 541-2, however, a boat arrived from Egypt with the news that a terrible plague had begun.

They didn't have to wait to find out more because almost immediately the weakened Romans began to succumb to the bacterium Yersinia Pestis, otherwise known as the Plague, and the first emergence of the Black Death that would terrorize Europe for centuries began.

The terrified citizens and merchants fled the city of Constantinople, spreading the disease further into Europe, where it laid waste to communities of famished Europeans as far away as Germany, killing anywhere from a third to a half of the population.

Constantinople itself was gripped by a 4-month long reign of horror as the city struggled to clear the streets of the dead and Justinian's Plague is regarded as one of the worst outbreaks of disease in recorded history.

The cold years that weakened Europe just prior to the arrival of the Plague are thought to have made people far more likely to succumb to it, turning an outbreak into a full on pandemic.

The plunge in temperatures is now believed to have been caused by a piece or pieces of Halley's Comet.

They either struck the planet in the tropics or exploded in the atmosphere in 536.

Either one would have filled the atmosphere with enough soot and particulates to plunged global temperatures by as much as 5.4 degrees Fahrenheit for several years, leading to the crop failures that brought famine to the Roman Empire.

Justinian and the Empire survived, but the depopulated fields and a decimated and demoralized army that would take generations to rebuild.

Justinian refused to give up his dream of reclaiming the lost provinces, but it was forever outreach for the Eastern Emperors after Justinian's Plague.

The Romans kept the Eastern Empire going for the next millennium, but they would be on defense for almost all of it, never recovering their population enough to get ahead of their losses.

They lost the city itself to the Ottoman Empire in 1453, finally bringing the Roman Empire to an end.

Temujin began his life in 1162 as the son of a minor chieftain in the Mongol Confederacy and ended it in 1227 as Genghis Khan, the founder of an empire that straddled the known world.

Reviled by many as a butcher and a monster, to others he is a hero who brought desperately needed order to a chaotic, violent Eurasian Steppes. Whatever he was, he was larger than life in fact and in legend.

It was in 1222 though, that the heavens and Genghis Khan became entwined. According to some accounts, Genghis Khan looked up to the Eastern sky and saw a bright blue streak pointing to the West.

Having just conquered the nearly the whole of the known world in both directions, he took it as a sign of heavenly approval.

Calling the comet, Halley's Comet, in fact, his own personal star, he followed its guidance and sent his armies west into Europe, where the woefully unprepared medieval kingdoms in Bulgaria, Georgia, Armenia, and Russia were caught completely unaware.

It didn't come. An uprising in the recently conquered Chinese kingdoms forced Genghis Khan to recall his forces to fight in China.

The Khan was dead within 5 years and his empire fell to his sons after his death, and a century later, the Mongol Empire collapsed into infighting.

But for some rebellious Chinese noblemen, Halley’s Comet would have inspired the complete and total subjugation of Europe to a foreign empire.

Europe breathed a bit easier after 1222, but they never again took their eyes off the Eastern horizon and that detestable comet.

It shouldn’t surprise anyone that ambitious people in positions of power take advantage of celestial events like the arrival of a comet to press their agenda. 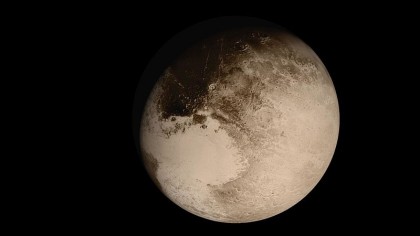 Likewise, it’s completely understandable why a common laborer would be terrified of comets.

It’s not superstition when your fears get confirmed.

And for the vast majority of humanity, comets in the sky often meant someone far more powerful was taking their bad omen as an auspicious sign to take some bloody action against their neighbor.

And they would have to be the gristle for some princes' glory—a bad omen indeed.

Quadratic Formula: What, Why, and How It Changed Mathematics