An MRI scanner was to be decommissioned at a med school, so what did a bunch of students do? Throw lots of things into it, of course!

So incredibly stupendously dangerous is the answer. MRI scanners are potentially explosive, insanely magnetic, freezing cold deathtraps that save thousands of lives. They must remain far away from any metal products and must also stay extremely cold, otherwise, the machine could become a lethal weapon. So what happens when an MRI scanner is going to be scrapped? Of course, a bunch of kids will throw a bunch of metal into it (Scroll down to the bottom if you only want to see the destructive force of an MRI).

MRI (Magnetic Resonance Imaging) scanners are indispensable, powerful diagnostic tools used to create a three-dimensional map of a body. They show exactly what issues are where and exactly what is damaged. MRIs have a unique ability to seek out exactly what a physician needs to see for many different body parts while being minimally invasive; for example, an MRI is the tool of choice to see a patient's circulatory system since it shows the blood flow without the use of intravenous contrast (essentially a type of dye for the blood). MRIs are excellent in the medical field since they provide a clear image of a body without giving the patient a dose of ionizing radiation. 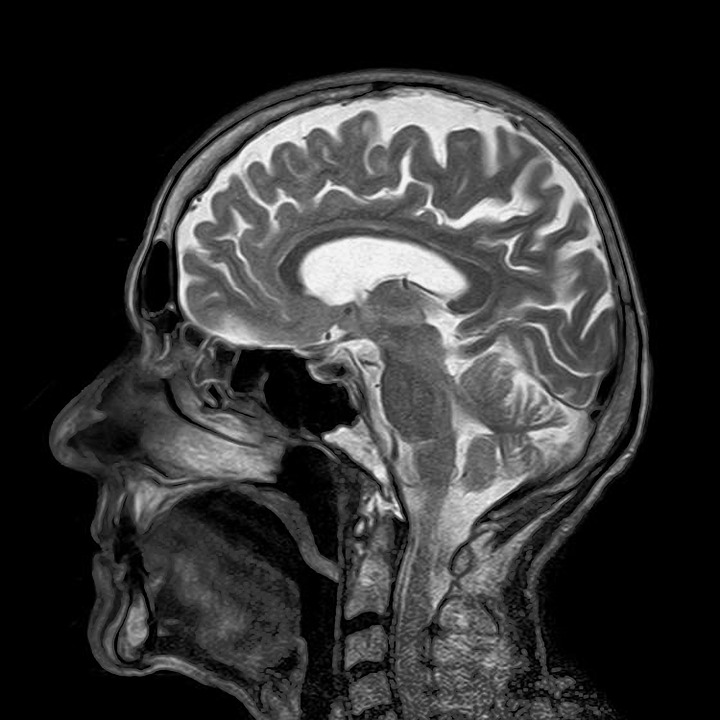 As you probably know, the body is mostly composed of water. H20 molecules are polarized, meaning they react to a magnetic field. In a very strong magnetic field, the water molecules aligning. The MRI uses magnets thousands of times stronger than the ones on your fridge to align the water molecules in your body. The scanner then varies the magnetic field in specific areas which causes the atoms to resonate, a phenomenon known as nuclear magnetic resonance. The atoms create their own magnetic fields which then are detected by a scanner that constructs an image off of the fluctuation.

In order for the MRI to produce this effect, it must use a superconducting magnet. A massive current is sent through the coils of the magnet to create a massive magnetic field, however, the resistance of the wire without cooling would create a lot of heat that would destroy the machine, which obviously would not be good. To prevent a meltdown, Liquid helium is used to cool the magnets- which is really, really cold- below -270°c (-452°f) cold. Of course, keeping the magnets at these temperatures requires a lot of energy, and because of heat expansion, the liquid helium must always stay cold so the machine can never be turned off without risking extreme damage to the machine as the liquid helium boils off (also known as a quench).

Since an MRI Is essentially a stupendously powerful magnet, it must stay away from all metal objects including pacemakers and jewelry. On the odd occasion, an office chair comes too close or another metal object and it immediately becomes a lethal projectile that is nearly impossible to pull off of the machine. Check out this video of students playing with an MRI below:

The MRI scanner was being decommissioned, so some students took advantage of it and tested what happens when metal gets too close. The result? Thousands of pounds of force pulling the metal towards the center of the magnet.

However, even more, danger lurks inside. Every MRI scanner has an emergency shutoff, but this big red button is definitely not one you should test out. If there is an emergency (like if a metal person got stuck inside the machine). The machine can be quickly shut off in 30seconds, however, it requires the machine to be quenched which requires all the liquid helium to be pumped out. But there is a catch, it does it with explosive force, and it will wreck the machine. Check it out below:

The MRI warmed up too fast which caused the helium to boil off and build up hundreds of PSI. The result? A magnificent boom- fortunately, no one was injured.

MRIs have some incredible technology that saves thousands of lives every year, and also offers doctors to study what is going on inside of use. They are truly remarkable machines. However, if things go wrong, they go very, very wrong. Although, as long as you are not a tin man or hit the big red button (despite your temptations), MRIs are incredibly safe and could save your life- so do not be too intimidated. At the very least, appreciate the magnificent power the hold and the impeccable medical powers they hold.