How Destructive Will The Next Hayward Fault Earthquake Be?

The clock is ticking for the next Hayward Fault earthquake, in fact, it is overdue. But what can be done about it, if anything?

The clock is ticking for the next big quake along the Hayward Fault. Whilst the last one was over 150 years ago, experts have shown that the another "big one" is actually now overdue.

SEE ALSO: HARVARD AND GOOGLE DEVELOP AI THAT CAN FORECAST EARTHQUAKE AFTERSHOCKS FOR UP TO A YEAR

The area has changed considerably since the mid-1800s and is now much more heavily populated and developed. Whilst every effort has been made to prepare for another powerful earthquake, is the Bay Area actually ready?

Many, like the USGS, believe a lot more must be done.

But how bad could it actually be? Surely all that money and time invested in earthquake-proofing the region means it is more than prepared?

What is the Hayward Fault?

The Hayward Fault, or more correctly the Hayward Fault Zone, is a large geological fault zone located along the western base of the hills on the east side of San Francisco Bay. The fault is around 119 km long and offers the potential for generating very destructive earthquakes. 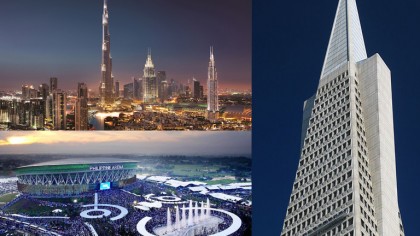 It runs roughly parallel to another infamous fault, the San Andreas Fault which lies offshore through the San Francisco Peninsula. The Hayward fault is actually one part of the larger San Andreas Fault system that runs from the Gulf of California in the south the Cape Mendocino in the North.

This fault system actually forms the boundary between two of the Earth's major tectonic plates - The North American and Pacific plates.

Given the size of the fault, and it's very real potential for creating massively destructive earthquakes. The large local population is potentially in very real danger when the next, inevitable earthquake strikes.

When was the last great Hayward Earthquake?

The last devastating earthquake to hit the region stuck on the 21st of October, 1868. This was an enormously destructive event and subsequent estimates indicate it was at least 6.8 on the Richter scale.

Many witnesses at the time reported seeing the ground visibly moving in waves and the quake was felt as far away as Nevada. Aftershocks also plagued the area for many weeks following the main event.

Downtown Hayward was completely leveled, yet despite the damage to infrastructure, the death toll was relatively light. Only 5 people lost their lives and 30 more suffered serious injuries.

But it should be noted that the region was relatively sparsely populated at this time. A repeat today would likely be considerably more lethal.

San Francisco was not immune from the quake and suffered an estimated $350,000 (about £6.2 Million today) in damage. Until the much more devastating 1906 San Francisco quake, it was considered the "Great San Fransisco Earthquake" for many years.

Despite this, the event still ranks as one of the most destructive in California's history.

Geologists and Seismologists have been studying the area for many years and have found that at least 5 major earthquakes have occurred, on average, every 140 years or so.

As of October last year, it has been 150 years since the last devastating earthquake that literally rocked the area. If estimates are correct, the Hayward Fault is well overdue for its next large magnitude earthquake.

Many experts believe it is highly likely that the next event will occur within the next 30 years or so. Understandably this has many in the region worried.

After the surprising amount of damage caused by the quake, engineers worked tirelessly to strengthen buildings throughout the Bay Area. Many older Masonry buildings were retrofitted with iron tie-rods and anchors between floors and walls.

Work was also conducted to make sure any new buildings were more resistant to shaking. Innovations from the time included using stronger courses of brick-laying, the incorporation of iron binders into brick walls and interior iron framing.

By far the most important innovation was the advent of steel-frame buildings in 1885. All of these measures prepared any building built between 1885 and 1906 for the powerful earthquake of 1906.

But, probably the most important realization from the time appears to have fallen on deaf ears. Engineers warned of the hazards of building on landfill in San Francisco Bay.

They also warned that buildings should no longer incorporate cornices. This was largely ignored and completely forgotten by 1906.

How destructive would a new earthquake from the Hayward Fault be?

Much has changed since 1868. The area is now much more heavily populated.

Despite the advice of engineers gone-by, today the area is also heavily developed. Hundreds of homes and other structures are now built along the actual fault trace.

It is also very likely that not only will the main event be incredibly destructive, but ongoing slip and aftershocks will compound rescue efforts and disaster relief for months afterward.

These are likely to cause further damage to buildings and infrastructure already critically weakened by the main event. This could, in theory, catch many by surprise believing the main risk has passed.

Nature can be a cruel mistress.

Most Geologists and Seismologists estimate that a new quake could quite likely be in the order of magnitude 7. Remember that the Richter scale is logarithmic, and whilst a 0.2 addition to 6.8 doesn't sound a lot it actually equates to a substantial increase in energy.

For example, a single scale point change represents approximately a 30-fold difference in overall magnitude (but tends to be more accurately measured as an increase in wave amplitude). At this kind of estimate, a 0.2 change would be equivalent to about a 6-fold increase in destructive power.

As a general rule of thumb, a magnitude of 5.3 is roughly a moderately-sized earthquake, whilst those at 6.3 (like the ones that tend to arise from Hayward) are widely considered to be strong.

Scenarios run by organizations like the USGS estimate that the next quake will be much worse than the 1868 event. They envisage a death toll in the order of 800, with around 18,000 injured and a whopping $82 Billion in damages.

And that's before any damage and loss of life from the inevitable fires and aftershocks that will turn the area into something out of a post-apocalyptic movie.

Can anything be done to prevent loss of life and damage to buildings?

The USGS, amongst others, have been working extensively to run and test scenarios for any future Hayward Fault quake. Their "Haywired" scenario is a great tool that can be used by planners to experiment with different strategies for dealing with the next "big one".

By their estimates, damage a large quake (and aftershocks) are going to cause significant problems. Old steel-frame high-rise building and newer reinforced concrete buildings in Oakland and San Fransisco will likely need to be abandoned for at least 10 months.

77,000 households will lose their homes. Post-quake disruptions to utilities and widespread fires are also likely to displace as many as 152,000 households, all told in the order of over 411,000 people.

Whilst the tool is inherently hypothetical; its outcomes are all scientifically plausible. It tells a very accurate story of what can be expected from an earthquake and its aftermath in the area.

"By illuminating the likely impacts to the present-day built environment, well-constructed scenarios can and have spurred officials and citizens to take steps that change the outcomes the scenario describes, whether used to guide more realistic response and recovery exercises or to launch mitigation measures that will reduce future risk." - USGS.

But running computer models can only do so much. It is vital that regular practice drills by whole communities are run. On the 18th of October last year (and in fact for the last 12 years), a global drill called Shakeout was held.

It was set to hopefully involve 8.7 million Californians and an estimated 54 million worldwide, to take part in it in readiness for a future massive quake. Actual participant figures were much lower, but initiatives like this should be taken more seriously by those who are to be potentially impacted by these catastrophic events.

But the Bay Area has not been resting on its laurels over the last few decades. An estimated $25-50 Billion has been invested in earthquake measures like Soft Story building, building strengthening, and in making transport and utility infrastructure more resilient.

Yet budget constraints and local political bickering over designs, have hampered the areas ability to be as efficient in this process as possible.

But the Bay Area has been working to very strict guidelines over the last 30 years for earthquake resistance. Because of this, of all the earthquake-prone areas in the world, it is one of the best prepared.

At least structurally. Civil response and retrofit of older buildings are considered by many experts to be woefully unprepared.

Whenever the next quake hits, it's anyone's guess how bad it will really be. But if planners can step up to the plate and drill the local population effectively, the cost in lives can, at least, be kept as low as reasonably practical.

Want to Know Who the Next Footballer May Be? This AI Will Tell You