There are large numbers of parrots that have found a way to adapt to a city existence, thanks to human interaction and evolution they've been able to thrive.

It’s not that strange to see an exotic bird in a sleepy English village or even the busy streets of places like New York City and even London. But they offer a colorful contrast to the token bird of big cities -- pigeons.

So how did these stunning parakeets and parrots wind up hundreds of miles away from their native environments? And how have they managed to thrive in some of the toughest and most polluted living conditions around?

The general consensus is that years of exotic bird importers carting them to the north from their native more temperate climates have created a small population of animals that look wildly out of place in urban and suburban environments. The two most notable spaces for these exotic imports? New York and London.

Liz Lynch, a Howard Beach, Queens resident rescued a monk parrot named Elvis last year after he fell from a utility pole and injured his wing. She mused to the New York Times that Elvis and his fellow bright green comrades probably originated nearby, at Kennedy International Airport where they arrive in crates to be sold to pet stores in the city.

“They would get out of the terminals where they were shipped,” said Ms. Lynch to NYT, “and they adapted.”

Others believe that their owners set them free, while many dispute both accounts, stating that it’s a mystery as to how these birds ended up in New York. One theory points to Argentina trying to rid themselves of their parrot problem in the sixties. They began shipping them to the states, and the rest is history. 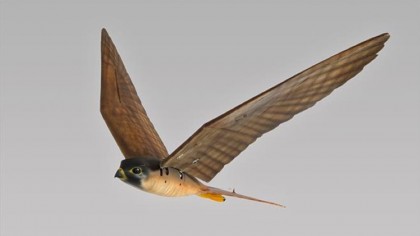 Meanwhile, Elvis, unfortunately, suffered a permanently disabled wing, so he is lucky to have found a home with Lynch. There are probably around 550 feral exotic birds in New York City at the moment, though “biologists say bird counts often capture just a tenth of their true totals,” writes NYT.

Despite hurricanes, numerous storms and harsh winters, these birds have thrived in Queens and raise their young there--building huge nests on phone poles or in sidewalk-rooted trees. They eat small insects, holly berries, leaves and flower buds. Monk parrots are especially unique in that they are the only species of parrot that can manage colder climates.

Like New York, the city of London has its own parrot population. Mixed in with the native bird population which includes; robins, magpies, and crows are bright green exceptions. Areas like Battersea, Catford, Kingston and Richmond play host to a group of feral rose-ringed parakeets. Monk parrots also reside in the area, focusing their real estate interests on world-famous Hyde Park.

Parrot colonies are relatively new to London, having only increased in numbers in the 1990s, some stories state that they ended up in the area when a flock of birds escaped London’s Ealing studios during filming. Despite their charm, these days London parrots are becoming more of a pest than a pleasure, due to their tendency to decimate fruit and berry crops very quickly.

"Rose-ringed parakeets are currently subject to agricultural controls in order to cap their numbers and the effect they have on the environment, and DEFRA (Department for the Environment, Food and Rural Affairs) has already announced plans to instigate similar control and culling measures on the monk parakeet population before they too, breed out of control," said Pets 4 Homes UK.

Nevertheless, there are efforts out there to also preserve these unique city dwellers in both London and New York.

Via: New York Times, Pets 4 Homes, Miles to the Wild

Here's how double glazing units are made in a factory