How Do They Design Transformer Toys?

So, how do they design Transformer toys? Yes we know you've always wondered, let's take a look behind the scenes at Hasbro.

Have you ever wondered how they design Transformer toys? Perhaps you are a child of the 80's or a have small children who crave these toys. If the former, you'll have fond memories of owning your very own Optimus Prime or even marvel at the wonders of combiners like Superion!

Seeing your favorite character in "real life" was a life-altering experience and switching them between vehicle and robot form a true pleasure! You may not have given the engineering behind them a second thought at the time but have you since wondered how they were designed?

Let's take a quick look behind the scenes at Hasbro. 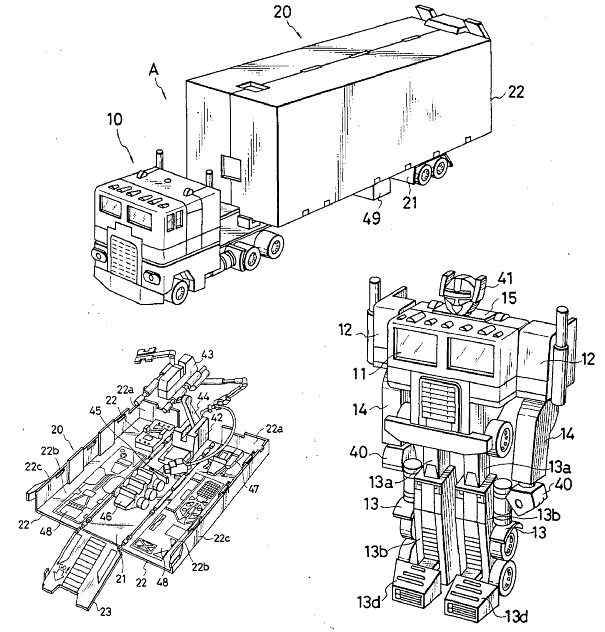 Gizmodo recently had special access to Hasbro's headquarters and more importantly their toy design team. These guys design toys from most of the big films and make some of the most popular toys in the world. From Star Wars to Marvel they even design Monopoly and Scrabble! Seems like the right place to get the "inside" information we are looking for then! The current range of "Beast Wars" toys starts out as a rough idea of what the character will be. From there they take old parts of toys, paint them gray and reassemble to give a rough prototype of the new character. This might sound like sacrilege to some but to others, it is a dream come true! Imagine being able to let your imagination run riot and build a Starscream with a T-Rex head, for example! Awesome!

With the general concept in place, the team draws up final concepts for the model. This may sound easy, hasn't the hard work been completed with the pieces? Far from it, they need to figure out the key features of the new transformer. Will it fire missiles? Will it have multiple modes other than car and robot for example? These features also need to not interfere with one another, as you can imagine. There is one key constant to the process, however. The robot form comes last!

GIZMODO - Designing a Transformer from Gizmodo on Vimeo

"You get your alt mode (the vehicle or animal mode) first, and then reverse it into the robot", "With a normal transformation, you know the basics. The tires can fold back and expose the feet, or you can make the chest into the head for the robot." Product Designer Lenny Panzica explains.

This process requires the team to free draw all modes of the robot. They also, critically, need to figure out which features need to be included, and which omitted! More importantly, they need to work out the mechanisms for the toy to actually work.

Panzica explains the difficulties of this - "For Predaking, we were going to originally have a fire breath for the dragon, but that turned out to be a problem mechanically for the robot form,", "So we started thinking, what's better than a dragon with one fire-breathing head? A dragon with three heads!"

Great, who says you need to grow up when you "get a real job". The designers at Hasbro have been at this for a long time and certain design features can generally be guessed at with some accuracy before finalizing the design. Sticking with "Predaking" they knew where the head would be, that the tail would be a weapon etc. Pieces of the chest would be the back of another mode and the wings can stay as wings. The intuitive final model that children, or adults, have little problem working out does belie the work that has gone into the design, however. 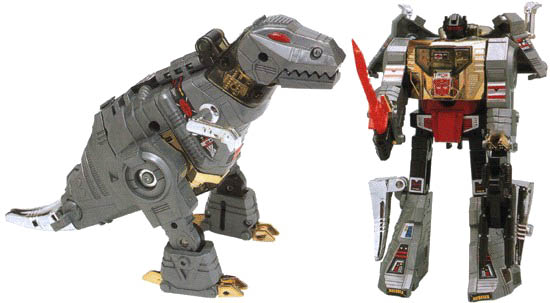 Much like designing a building, how the toy works is down to the engineering team. For Hasbro, they have worked with Japanese company Takara Tomy since 1984. These guys deal with the actual engineering of the parts from the size to the articulation of the joints etc. As you can imagine there is a constant liaison between the two companies. You can say that Takara is the guys who make the magic happen.

Triple changers, for example, are much more complex compared to "standard" dual changers and take much longer to finalize.

"They took about twice as long to develop as a typical Transformer," says Transformers Senior Design Director Josh Lamb of Hasbro. He's been with Hasbro since the mid-90s, "But usually you get two modes that are great, and the last one is, ehhh, sure, it works. Not here. All three are awesome."

The materials used in the toys are also heavily mused over. Soft plastics are used for decorative bits. The moving parts require a much sturdier plastic for obvious reasons. Transformer toys generally lack metal parts due to the cost of production. They want to keep it as low as possible. Limited Collector's Editions are the exception but you pay the premium for these ones!

Once the design and mechanics are sorted out the toy is almost complete. The design is made in CAD to scale with animations of its transformation process, once assembled. Modern transformers are 3D printed and once made, they undergo extensive testing by a master model maker. It is their job to play around with the model and check for jerky joints or loose pieces. The entire 3D design is tweaked to perfection.

With all the wrinkles sorted out the model is given to Mark Maher. This chap hand paints each master prototype before it goes into mass production.  Before we see them on the shelves there is one last test for the Transformer toy, trial by children. Hasbro has what they term a "Fun Lab" where local children get to play with the freshly produced toys to destruction. Feedback from the kids is the final tweak needed for the team and they update the design accordingly. They want them to be as fun as possible of course!

Brilliant! Though given the final products it should come as no surprise the amount of work that goes into that Grimlock toy you love so much. What a fun and rewarding environment to work in! What was your favorite Transformer as a child? Why not take a closer look at it to see if you can "reverse engineer" the design! Good luck.

9 of the Best Robot Toys for Children (and Parents)