How Edison and the Lumière Brothers Gave The World Cinema

Thomas Edison and the Lumiere brothers contributed immensely to the modern industry, and art form, we call cinema today.

With the anniversary of Thomas Edison's death yesterday (18th October 1931) and Auguste Lumière's birthday today (19th October 1862) we thought it might be a good idea to see how these two men effectively created an entirely new industry - cinema.

So sit back, put your phones on silent, and enjoy the show. Lights, camera, action!

The Lumière brothers', Auguste and Louis, father who was a well-known portrait painter and photographer, opened a small business in Lyons. Here he produced photographic plates that were proved to be quite popular at the time.

Young Louis began to experiment with his father's equipment shortly after and soon invented a new technique for developing film. This breakthrough came in 1881 when he was only 17 years old.

The new technique was called "dry plate," and it proved to be very successful indeed. So much so that his father was able to open a new factory in the suburbs. 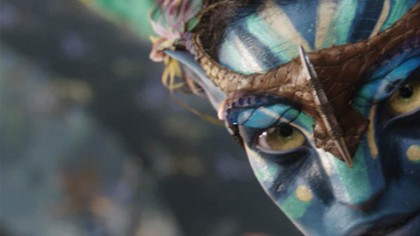 The new Lumière factory would grow to produce 15 million photographic plates a year!  The same year their father Antoine attended an exhibition in Paris.

There he would see Edison's latest invention - The Edison Kinetoscope. This would prove to be a critical moment in the history of cinematography.

The Lumière brothers were inspired by Edison's Kinetoscope

Antoine Lumière, after returning from the Edison Kinetoscope exhibition shows his son's a length of film from the device he'd received. He, after Louis' success with the "dry plate," asks them to attempt to develop a cheaper alternative to Edison's Kinetoscope and bulky camera counterpart the Kinetograph.

But Antoine went one step further. He saw the potential for the technology to be used to project a film onto a screen so that many people could view it at the same time.

Edison's Kinetoscope, whilst cutting edge, was very limited in comparison to Antoine's grand vision. It could only be viewed by a single user - interesting but not very practical and not scalable to borrow modern parlance.

And so, August Lumière began conducting his own experiments o this new 'projector' in the winter of 1894. Within just a few months they have produced their first prototype device - the Cinématographe.

The device had many advantages over its predecessor, the Edison Kinetoscope. It was much smaller and lighter weighing a paultry 5 kgs and was operated using a simple hand crank.

It was, however, much slower than Edison's device. The Cinématographe could capture and project images at 16 frames per second.

Edison's, on the other hand, was capable of producing 48 frames per second but that meant it was much louder than the Lumière brothers device.

The Cinématographe was a significant improvement on the Kinetoscope

Whilst the basic principles of the two devices was the same; the Lumière brothers invention had one key innovation. It integrated a special mechanism that moved the film through the device differently to Edison's.

It utilized two pins, called claws, that were inserted into the sprocket holes punches into the celluloid film strip. These pins moved the film along and then duly retracted.

This process left the current frame momentarily stationary during exposure. This design was inspired by the operation of a sewing machine and had actually been considered, but rejected, by Edison who favored continuous movement in his Kinetoscope.

This resulted in the Cinématographe, a device that was able to record, develop and project motion pictures in one device. The Cinématographe, in one fell swoop, had become the very first recognizable 'true' film camera.

The Lumière brothers would go on to test their new device by shooting footage at their father's factory. This film was later unveiled at an industrial meeting in Paris in March 1895.

A new industry is born

The brothers would go on to record various other films which they would show at a number of private screenings. Auguste and Louis Lumière would later unveil their remarkable achievement at their first public viewing in December of 1895 at the Grand Cafe in Paris.

The viewing was a huge success, and the brothers would soon open Cinématographe theaters in London, Brussels, Belgium, and New York. In 1896 they had recorded over 40 films in total, Most of there were of everyday French life, but they did also produce the first newsreel.

This was footage of a French Photographic Society Conference. The also recorded the first documentary about the Lyon Fire Department.

Soon after, they began to send out cameraman-projectionist teams around the world to record scenes of life and show off their new technology.

The brothers, content that they had done their bit (or perhaps unconvinced about its future potential), withdrew from cinematography and, in 1905, began to work on developing practical color photographs. This they would achieve this in 1907 with their Autochrome Lumière process which would open new doors for the future.

Auguste Lumière and his brother Louis had single-handily invented an entirely new industry with their Cinématographe. It proved so instrumental that the device lent its name to the new art form we know today as cinema.