How Far Can You Go Without Sleep and What It Would Be Like?

While several studies suggest that sleep helps in healing our body, there are still so many things which remain unexplained as to why we have a strong urge to sleep. It is thus reasonable to ask how long can we stay awake and what it would be like going without sleep?

It is more often quoted that we humans can survive three times longer without food than without sleep. Sleep is one of our most basic needs and we spent almost one-third of our lives sleeping. At the end of the day, we all become unconscious naturally. However, the reason why we sleep is still a mystery. While several studies suggest that sleep helps in healing our body, restoring its chemical balance and retain memories from the brain, there are still so many things which remain unexplained as to why we have a strong urge to sleep. It is thus reasonable to ask how long can we stay awake and what it would be like going without sleep? To realize the consequences better, let’s first understand the sleep process.

According to researchers from Washington University, there are five different stages of sleep. The pre-sleep stage starts when you turn off the lights and close your eyes. This is when your brain waves perform what is known as alpha activity, which is associated with a little wakefulness. At this stage, your brain gradually starts disengaging from the external world. Then at some point, you enter into the next stage known as transitional sleep stage. This is when the brain exhibits theta-band activity with small amount of alpha activity, making you feel that you’re still awake, though you are already progressing towards deep sleep.

This is followed by stage-2 where the alpha activity dies down, a state of true non-REM (rapid eye movement) sleep. Next, you move to stage 3 and 4 where the brain triggers delta-band activity. These stages are also known as deep sleep. The final stage is when you experience REM sleep, which is when you start to dream.

Why Sleep is Important

Although scientists do not know the exact reason of why we sleep, most of them agree that sleep helps the brain to clear the waste. It is kind of a reset system for our bodies. Studies have shown that a sleep of 7-8 hours promotes healing and proper functioning of the immune system.

Research also suggests that an adequate sleep can make you smarter. When you sleep, your brain sorts out from all the things you did the entire day and decides what should be kept and what should not. So, if you really want to learn something, go to bed. There are good chances that you will recall important things easily the next morning. A proper amount of sleep also helps in the growth of white cells, which can help in recovering from injuries faster.

What Happens if You Don’t Sleep?

When you don’t get enough of sleep, your brain starts functioning abnormally. If this continues for a longer period, the effects can be extremely catastrophic. Sleep deprivation will gradually start affecting your immune system, nervous system, digestion and can even lead to death. Research shows that after 17-19 hours of wakefulness, the fatigue can reach to a level that can be compared to someone with a blood alcohol level of 0.10%.

Staying awake for longer duration affects all parts of the brain including those that maintain judgement, hand-eye coordination, memory and decision-making skills. It induces a state of altered consciousness, often known as “microsleep”. As the wakefulness progresses, the symptoms grow further including weight loss, hallucinations and possibly even death. 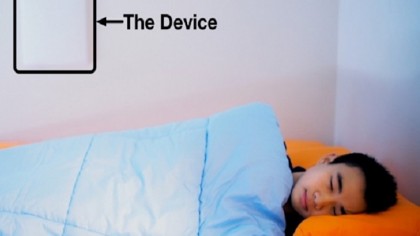 Although, sleeplessness alone cannot be considered responsible for the death, as animal sleep deprivation experiments show different possibilities. For example, a study conducted on rats subjected to continuous deprivation resulted in death. The rats were made to live on a rotating disc nearby a pool of water, separated by a fixed wall. Whenever the rat fell asleep, the disc was rotated and the rat was pushed against the wall to threaten it from being thrown into the water and thereby keeping it awake. It couldn’t be concluded though that the cause of death of the rats was due to wakefulness. It could be the stress of being awoken, which could have heavily affected the metabolism of rats, leading to death eventually.

There’s also a rare disease associated with sleep deprivation known as Fatal Familial Insomnia (FFI), which is invariably fatal after spending 6-30 months without sleep. Once an individual begins to show the symptoms of FFI, which starts with insomnia, the disease progresses quickly with symptoms such as weight loss, hallucinations and dementia before his/her death.

How Long Can You Go Without Sleep?

It is really subjective. The field of sleep science is still in its nascent stage and we really do not know much about the causes of sleeplessness yet. However, the best-known case of going without sleep is of Randy Gardner, a 17-year old high-school student who set the record for science fair. There are many other anecdotal references that describe the soldiers staying awake for 4-5 days when on a mission. There’s also a report from 2012, where a Chinese man stayed awake for 11 days to watch football and eventually died. Doctors said that staying up throughout 11-days and not sleeping enough weakened his immune system, and he kept drinking and smoking while watching the football, which actually resulted in his death.

Although there has been no clear evidence of sleeplessness leading to death, what we do know is that it is completely unwise to ignore sleep. There are countless research studies that clearly explain the adverse effects of sleep deprivation on our health. It is thus wise to assume that these effects will only grow if there is a prolonged lack of sleep. The natural unconsciousness every night that we all experience is perhaps for our own good.