Bitcoin now has a market cap well over 200 billion and continues to break new ground. Can the cryptocurrency be stopped?

It seems Bitcoin will not be slowing down anytime soon. Just in the last couple hours, Bitcoin has flown past $12,000 and $13,000, making the entire cryptocurrency market worth more than the financial institution, JP Morgan. This crypto has remained a hot topic for both business experts and millennials looking for trendy investments. Just last week, Bitcoin topped out at $11,000 before immediately dropping a staggering 18%.

By then, some experts were ready to write off the currency and were makes doomsday predictions on the impending popping of the "bubble." But boy, were they wrong. The cryptocurrency seems to defy expectations. The thing is, Bitcoin's impressive rally does not just showcase the potential lasting value of cryptocurrencies it also reinforces the idea that cryptocurrencies will probably be a big part of our daily lives in the future.

Bitcoin soared over $13,000 today. Just this week, your newsfeeds were probably flooded with news of the first Bitcoin Billionaires and other ridiculous ROI stories. The thing is, they are probably are going to get richer. As more and more institutional investors get involved with the digital currency, Bitcoin will act more bullish. “Bitcoin could be at $40,000 at the end of 2018. It easily could,” according to Billionaire and former Fortress hedge fund manager Michael Novogratz. Bitcoin's market cap has soared well over 200 billion, bringing the total market cap of cryptocurrencies closer to 400 billion.

For the uninitiated, Bitcoin is a digital and global currency that was created by a mysterious figure, or figures, named Satoshi Nakamoto. It allows people or even institutions to send and receive money across the internet securely and anonymously. There are no transaction fees or any costs with transferring or paying with bitcoin. Online stores to coffee shops allow people to pay for their services and products with Bitcoin.

The factors or influence driving Bitcoin's bullish performance is up for debate. 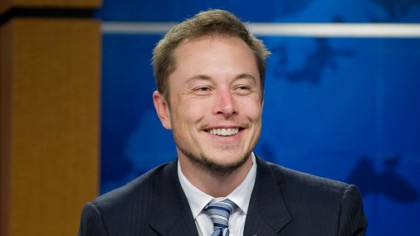 Some argue that it is fundamental economic value and the popularity of the currency drives prices higher. While Michael Novogratz has attributed the growth to "to an influx of new money, particularly from Asian investors, and to cryptocurrencies’ finite amount of units: 21 million coins in the case of Bitcoin." More likely, it is a combination of all these factors plus a few unseen influences.

For some, this bubble won't burst anytime soon. Since January of this year, Bitcoin soared over 1,200%. It is exciting to watch how this cryptocurrency will rally and how it will impact the investors and governments closely eyeing the currency. No matter what, cryptocurrencies are here to stay. When do you think the Bitcoin bubble will pop? Are there any other cryptocurrencies we should be watching? Currently, Bitcoin is floating around $12,800.