How to Melt Coins Using Only the Sun

Everyone loves fire and burning stuff, and we all remember using magnifying lenses to focus the Sun's rays during childhood. One Youtuber has taken this activity to the next level, by focusing light using a fresnel lens and melting a penny. A fresnel lens is similar to a magnifying glass, but it uses a series of rings to capture light, meaning that it can be made much thinner and larger than traditional lenses. This all makes the fresnel lens perfect for concentrating a large amount of sunlight on a very small area, producing quite a bit of heat. 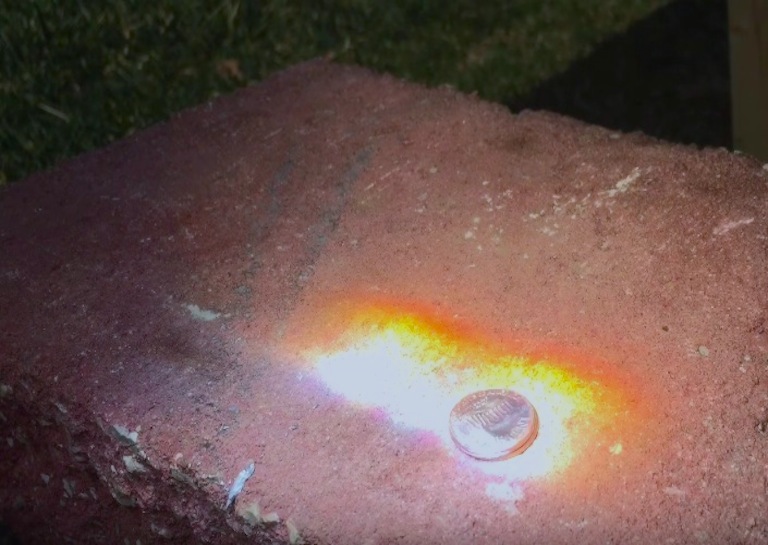 Fresnel lenses were first invented by Augustin-Jean Fresnel in the 1800s to make lighthouse beams easier to see at longer distances according to  IFL Science. In modern technologies, the lens is used in headlights and projectors, but you can buy a flat sheet off of Amazon for pretty cheap. They are pretty fun to play around with, but make sure that you don't stick your hand in front of the focused light for too long, because it can get really hot. So hot in fact that it can melt a penny in under a minute, check out the video below to see it in action.

The Sun lets off a lot of energy, and this is just one of the many ways which you can put it to use. Owning a fresnel lens also makes a pretty good survival tool in case you ever need to start a fire without matches. What would you burn or melt if you had a fresnel lens?

How to Turn Old Jeans into Swanky Sunglasses

How to Build the Smallest Gaming PC in the World

Solar Orbiter Probe Flies 4,700 Miles From Venus on its Way to the Sun

How Tesla's Valve Straw Only Works in One Direction