How Much Radiation are You Exposed to by Everyday Objects?

We tend to think of radioactivity as something that only surrounds nuclear energy and atomic bombs, but we are actually exposed to radioactive material every day. To start, we need to understand how radiation is measured. The units are Sieverts, which is the SI unit that takes into the effects of ionizing radiation has on the human body. In general, radiation is presented in microSieverts, as it tends to exist in this order of magnitude. If you are exposed to anything over 2 Sieverts in a short amount of time, you will die very soon. Perhaps the most shocking thing that contains radiation? Bananas. Check out the video below for some common values throughout the world.

Besides radioactive objects, there is a natural background radiation of the earth, which varies from place to place, but in general, it is in the range of .1 to .2 microSieverts. Some other places you may be surprised that you are getting exposed to ionizing radiation is on that flight you take to vacation. At a cruising altitude of 30,000 feet, you are exposed to around 3 microSieverts, which is due to the decreased protection from the Sun's radiation. For perspective, a dental X-ray outputs around 5 microSieverts.

Moving on to radioactive places, our minds jump to locations where nuclear power plants have melted down, or where nuclear explosions have occurred. Surprisingly, places like Heroshima, Japan only maintains a slightly higher background radiation when compared to the rest of the world. Even the radiation in Chernobyl isn't enough to hurt you, but you definitely wouldn't want to stay around for a long time. You can check out the video below for a more detailed look into radioactive places around the world.

So how then, should your newfound knowledge of radioactivity affect you? Well, other than surprising your friends with the fact that bananas are radioactive, it should give you a greater knowledge of how the world around us functions. If you wanted to kill someone using the radioactivity in bananas, well then you would need to force them to consume 20 million of them. Radioactivity is all around us, and understanding that is important to realizing how our world works. 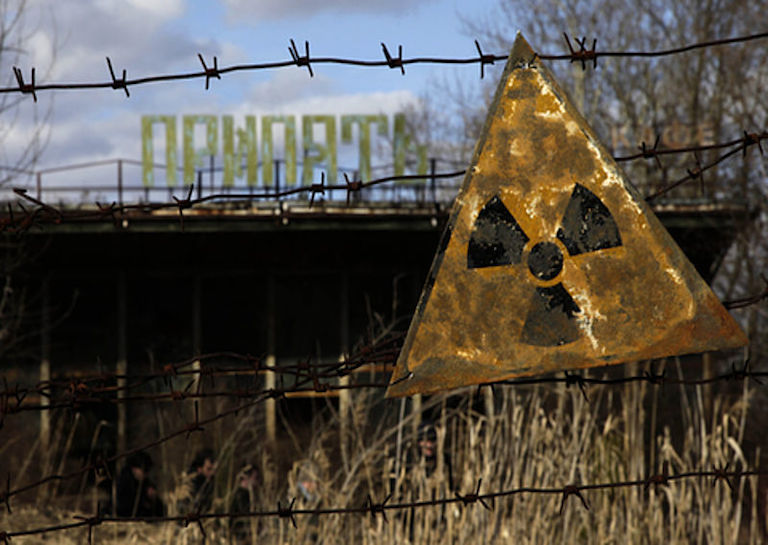