The Court declined to revisit a major case supportive of the 2015 rules put in place by the Obama administration Federal Communications Commission. Here is why this is a big deal!

The Supreme Court handed over an important victory to net neutrality activists this week when it declined to revisit a major case supportive of the 2015 rules put in place by the Obama administration Federal Communications Commission (FCC). 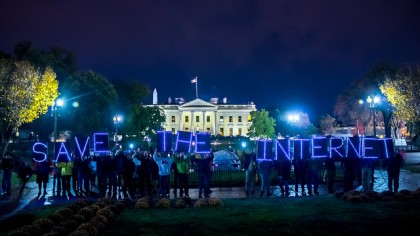 In a list of orders circulated two days ago, the Court indicated the denial of a writ of certiorari for a ruling concerning the 2015 regulations. A certiorari is a process for seeking judicial review that requires a writ to be issued by a court stating that it agrees to take on the requested case.

Certioraris are issued by a superior court and direct inferior courts, tribunals, or other public authorities to send the record of a proceeding in order to begin the review process. But for such a writ to take place, four Justices are required to vote yea and, luckily, the US Supreme Court's decision to deny review was revealed to be 4-3.

Where it all began

This all began back in 2015 when the FCC ruled in favor of net neutrality by reclassifying broadband as a common carrier. What that meant was that phone and cable companies would be required by law to treat all of the traffic on their networks equally.

Firms could not block or slow their competitors, nor could they offer fast lanes for entities willing to pay more. The decision saw a backlash from telecom, cable and wireless industry associations alongside comms giants, such as AT&T and CenturyLink, who began a battle seeking to overturn the rules.

However, in 2017 net neutrality started to dwindle as FCC's newly appointed Chairman Ajit Pai decided to roll back the regulations by saying the Obama era protections were essentially “micromanaging” the internet.

In response to these steps, many states began implementing their own net neutrality rules while 21 states along with the District of Columbia joined forces to file a lawsuit against the FCC over its repeal.

So with the regulations rendered for all intents and purposes moot what was this latest case about? In short, the FCC was petitioning the Supreme Court to wipe out an earlier court decision upholding the open internet policies.

It wasn't enough for this @FCC to roll back #NetNeutrality. It actually petitioned the Supreme Court to erase history and wipe out an earlier court decision upholding open internet policies. But today the Supreme Court refused to do so.

Had it done so, it would likely be easier for the FCC to defend its recent steps against net neutrality in the next round of this ongoing saga set for the DC Circuit this February. Now, the Supreme Court's decision may become an important step in seeing these crucial rules restored.

The regulations already got a big support last May when the US Senate voted to reverse the FCC's repeals. The Senate's vote in favor of reinstating net neutrality was 52-47 and came from all of the Democrats in the house as well as three Republicans.

The rules have even received a nod from the inventor of the world wide web Tim Berners-Lee. Last may, Berners-Lee wrote in a tweet that he had created the internet as "an open, permissionless space" accessible to everyone, not just those who can afford to pay to use it. Thank you Tim!

Via: US Supreme Court