How to Become an Engineer: Choosing the Right University and Degree

There is a lot to consider when it comes to becoming an engineer, however, knowing which school and program to choose is essential for starting your journey in the right direction.

Engineering is a broad discipline covering any aspect of life which has the potential for improvement. It is the job and duty of an engineer to provide the solution to the problems humanity presents while being able to provide solutions to problems people may not even know they had. Though it is heavily centered around money and profit, engineering has many other deep roots connecting it to the progression of humanity.

Before considering a university, make sure you have the passion to attend all classes - you paid for it, and it is a hefty investment. Not attending class is effectively throwing money away, not to mention the loss of primary source knowledge. It is also equally as important to put passion behind your work - engineers are often posed with problems without a solution, and often times the solution requires many hours of dedication.

If you intend to become a part of the party life or want to make money as fast as possible, perhaps consider a degree with fewer hours of class and projects. Sometimes, college technician programs are better suited for those who love hands-on development but do not want to spend the time attaining an engineering title. Often times, they are paid just or nearly well.

Inevitably, choosing the right university will likely be the first major decision in aspiring engineer's career. But before reaching the decision on choosing any university, one must fully understand what they are getting in to, and what they can get out of it.

What you can Get out of an engineering program

For example, while petroleum engineers can expect to make well over $100,000 a year, massive cutbacks in the industry are forcing hundreds of thousands out of a job. In Canada, one of the largest producers of oil, have seen more than 100,000 oil patch employees (roughly one in three) lost their jobs in the last three years. Naturally, the job prospects are not great in the oil industry. While the few who are hired make substantial amounts of money, it is often based on grueling contract work, leaving workers uncertain of their future employment.

Rather than focusing on prestigious universities, focus on a university with a program that has a large chance of employment. All things considered, a program plays a larger role in getting a job than the prestige of the university. Employers only begin to care about which university you attended when there is an oversaturation of applicants - and even then it is often illegal or frowned upon to make a judgment based on the place of graduation so long as it is accredited and recognized.

Sometimes, universities' "best engineering programs" are more hype than help as many unsuspecting students jump to join an oversaturated discipline. Instead of focusing on which engineering degree is most popular, it is important to investigate the market in which you are entering and what the job prospects are.

There are many small disciplines who are desperate for engineers and are willing to hire students fresh out of university. It is also not unheard of for companies to hire average performing students while still in undergraduate studies if there is a great enough demand in the market. 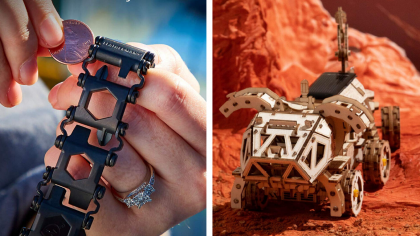 12 Interesting Gifts That Every Engineer Will Love

Desperate disciplines are more willing to hire anyone with a title, whereas more developed industries like aerospace and petroleum engineering are more likely to be more selective in hiring full-time employees. If more people graduate than are hired, companies can selectively choose workers and often use contract work. They know there is a large demand for jobs and so can afford to constantly hire the best of the best since the over saturation and subsequent desperation will ensure a constant supply of newly qualified workers.

Smaller lesser-known industries are more likely to retain full-time employees since qualified workers may be rare to come by. It is worth investigating, and could potentially introduce you to a new area of engineering which you may not even know exists yet

Don’t be Fooled by the Promise of Money

The prospects of a petroleum engineer seem alluring at first - but do not be fooled by the promise of money - just because a specific engineer may make a lot of money does not necessarily mean there will be a job waiting at the end of your degree.

Engineers are meant to answer the problems of humanity. As humanity changes, so does its problems, and as such, so does engineering requirements. You must consider, what are the problems humanity has now, and what problems are we likely to see in the future?

Choose a degree which has good future prospects and is likely to undergo large development in the future. Good starting points to begin your hunt for a degree is looking at what large innovative companies are investing in.

Also look up what is happening in your graduating year; what projects are likely to be completed? Does the industry need more workers right now? Are they likely to gain more attention in the future and create more jobs?

There is no direct guide to take anyone through engineering. Each student makes their own journey for their own reason. It takes a lot to become an engineer but choosing the right engineering school and program will be essential in the success of your future, both in school and in life thereafter.