How to Charge your Phone with Candles (DIY)

Engineers share a common desire to change, modify, and completely reinvent new objects. It is an engineer's natural instinct to want to build something or modify products to work in different ways. Here at IE, we bring to you new inventive creations that are both simple, complex, useful, or utterly pointless. Regardless of the project, we hope to inspire you to create something once again with an incredibly cool, and surprisingly useful DIY project.

A classic favorite channel is tinkernut, featuring a clever engineer who teaches people how to create new things from old parts. From making a 3-D printer to creating a smartwatch from old components, tinkernut now brings a new tutorial that will teach you how to make a simple charger out of candles and water.

Of course, the first law of thermodynamics states that heat flow from a hot object to a cold object is energy- potential energy that can be captured and used in a device. An invention called the Peltier Device has the ability to create a heat flux between two different materials where they connect. The device is used inside USB drink chillers/heaters and is incredibly cheap to obtain. With a little bit of tinkering, the device can be modified to convert the differential between the water and the fire to useable energy.

The Peltier Device functions best with a greater difference in temperature, so if there is snow around, substituting the water for snow can make it work even better. However, once the water heats up it will reach a point near equilibrium where hardly any electricity will be produced. Replacing the water will allow it to function once again.

The device is incredibly useful for outdoor activities where there is no access to electricity. However, with some further modifications perhaps the technology could be used in conjunction with geothermal cooling systems and extremely hot environments to produce electricity. The charger might also see applications in future car designs to help capture and better dissipate wasted thermal energy that cars readily dissipate. Whatever the case may be, this portable charging device is practical, simple, and incredibly useful in all sorts of environments. Let us know in the comment section below where you could see this device being implemented and what it could do! 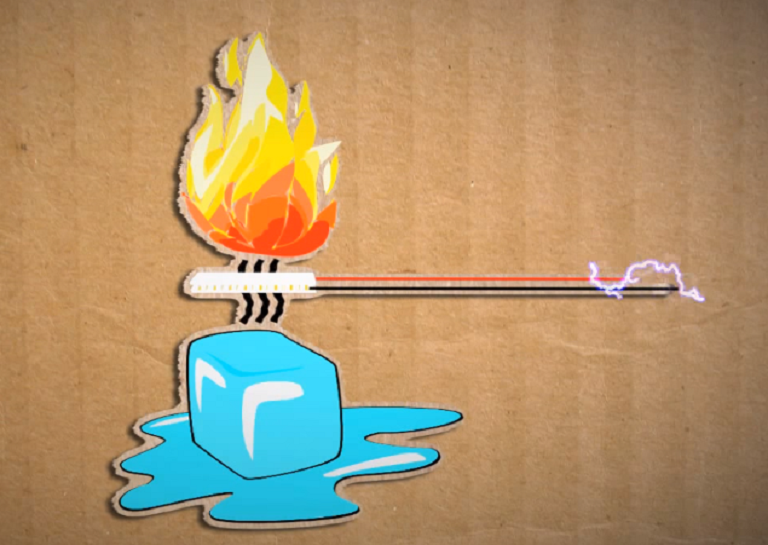