How to Not Get Lost in Space

For most, a wrong turn just leads to frustration on the road. But in space, a wrong turn can result in never seeing the Earth again.

For thousands of years, humans have been able to accurately navigate the Earth with marginal trouble. In most populated areas, pathways could easily set a lost explorer on the right path. Exploring new territories always comes with the risk of humans getting lost, despite humans proving we can be decent natural navigators. The sun generally rises in the east and sets in the west, helping us some with figuring out directions.

Humanity's passionate desire for exploration meant scientists spent their time crafting new directional tools. It wasn't until October 4, 1957, when history changed after the Soviet Union successfully launched Sputnik I. The launch would spark a race of scientific evolution that would forever change the world.

Satellites intrigued scientists. Scientific instrumentation could now be used to monitor the Earth, and more importantly, photograph it. Satellites continued to evolve, and soon, in 1978, the first GPS system was launched by the US military. The GPS was a system of satellites that ensured at least 3 satellites were in view of any point on Earth majority of the time.  Similar triangulation techniques were, and still are, used to determine the exact coordinates of a device back on Earth. Now, with the Earth photographed in its entirety as well as a system which could tell a person exactly where they stand, navigating the Earth became incredibly easy.

The same could not be said for space exploration.

Nearly all navigation techniques on Earth rely on the magnetic fields. Compasses and even satellites use the poles to determine geographical position. However, leaving the Earth requires reconsideration into how to get around- without getting lost. So how does a probe like Juno successfully get to Jupiter without getting completely lost?

Bill Nye the Science Guy gives a full explanation to modern technology's use in making sure probes stay safe and on the course while en route to distant planets:

Sure, getting a probe lost in space short changes NASA or an aeronautics company millions of dollars, but the stakes will just get higher as people begin traveling farther than just the moon.

NASA engineers looked back to the beginning of navigation to design a map of the cosmos- the stars. Using images previously taken by satellites, the Apollo Star Chart was created. 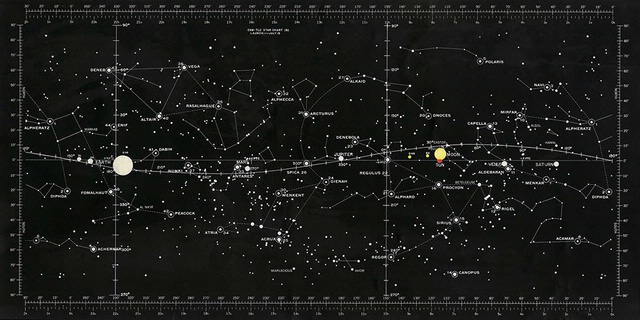 The chart was used to train Apollo 11 astronauts for their 1969 lunar landing mission. The chart labelled all the stars with specific coordinates which were relayed and actively relayed to the Apollo Guidance Computer as it took readings with a sextant. All the data was relayed back to Earth where it was converted into instructions to keep the spacecraft on track.

Other backup systems monitored the thrust to determine the orientation and direction the spacecraft was headed. The system was not entirely reliable, however, in combination with the Apollo Guidance Computer the crew successfully reached the Moon, almost 400,000 km away.

While the promise of getting people to Mars seems promising (especially with the EmDrive's latest news), accurate navigation could prove difficult. Could there be a new type of GPS developed to aid in bettering humanity's safe travels across the universe?