How to Recycle 42 Million Tonnes of E-Waste Each Year

The emergence of the digital age has given rise to a unique problem that is quickly cascading into a global epidemic. Electronic devices are constantly updated with the latest tech. Most of the components contain highly precious metals, and nearly all of it ends up as e-waste. 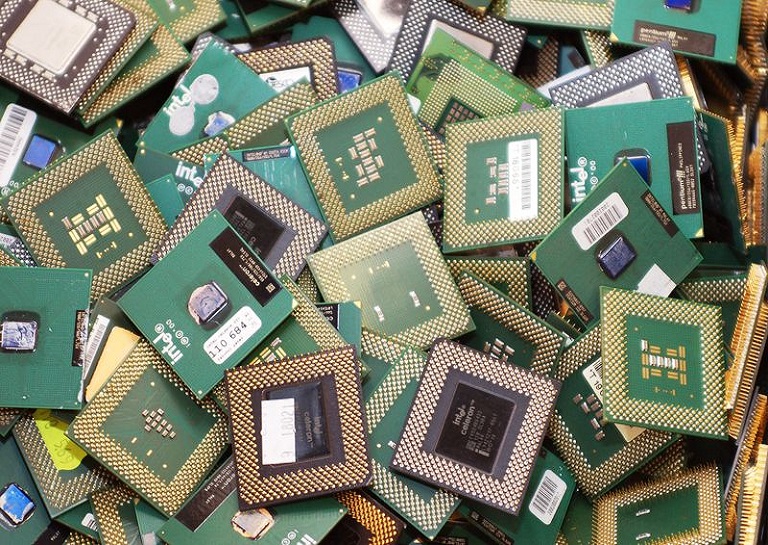 Cell phones, computers, televisions, stereos, and printers make up the vast majority of consumer electronic products. Of course, anyone who owns an electronic device understands that electronics generally do not last long before they die for good. Devices fail to respond to power, break, or simply become outdated.

Around the world, companies manufacturing electronic devices are constantly releasing new hardware at an ever increasing rate. However, along with the new development comes an ever-increasing rise in electronic waste.

Currently, thousands of companies are making efforts to reduce the amount of waste electronic devices produced. They are extracting the precious metals within which are then re-purposed for other uses.

Under the right conditions, the metals can be efficiently extracted in an environmentally friendly way. Executed right, the process can also be highly profitable. Executed wrong, however, human health and the environment suffer severely.

Despite efforts mandating the ethical disposal of electronic waste, an immense amount of used electronics are being shipped from developed countries into developing countries "that lack the capacity to reject imports or to handle these materials appropriately," according to the EPA.

Entire communities rely on the electronics to extract the precious metals inside. Although there are many methods to safely and efficiently extract the metals within, the lack of governing and control promotes the hazardous and unethical extraction of metals from e-waste.

Every year, electronic devices contribute to over 40 million tonnes of electronic waste.

Although nearly 100% of electronic devices are recyclable, only about 13% of e-waste is currently recycled.

Researchers estimate about 50 percent to 80 percent of all recycled e-waste is handled by informal recycling markets in China, India, Pakistan, Vietnam, and the Philippines.

Unfortunately, the unregulated sector's recycling practices often support unethical methods of metal extraction including air burning and the use of harmful acids. The methods significantly magnify the health risks of the workers, leading to complications including pulmonary and cardiovascular disease.

Recycling electronic devices is not only responsible, it can also be highly profitable.

In developed countries, there are many profitable and environmentally sound methods to extract the precious metals that remain inside used electronic devices.

When employed properly, the metals are efficiently extracted without imposing danger to the workers or the environment.

Modern techniques involve sending the electronic devices to processing plants where they can be safely dismantled. Plastic housings are removed and discarded. The internal components are then separated for further processing.

The materials are then pulverized into a granular material. Magnets can then easily extract some of the metallic components. However, some of the precious metals that are not ferromagnetic remain in the material.

The material is further processed by removing the plastic by blasting the shredded material with air. The lighter plastic components are blown away and collected to be recycled into other products.

The final process to extract the precious metals occurs in baths of acid. Different metals dissolve at varying degrees, dependent on the strength of the acid.

The material goes through a series of acid solutions to extract the metals at different stages. From the metallic acidic solution, the metals can the be precipitated out. The acid can be reused many times before it too is recycled.

The Ugly Truth of E-Waste Pollution: An International Disaster

Many developed countries around the world, including the United States, ship an undisclosed amount of used electronics to developing countries. Most of the countries lack the legislation regulating the import of used electronics. Often times, the materials are mishandled, causing severe public and environmental issues.

"Without proper standards and enforcement, improper practices may result in public health and environmental concerns, even in countries where processing facilities exist," warns the EPA. They continue,

“We have serious concerns about unsafe handling of used electronics and e-waste, in developing countries, that results in harm to human health and the environment.

In developing nations, it is common practice to incinerate electronic waste to reduce the components into the more valuable metals. The countries also use acid baths to extract the valuable metals. While safe to practice under a strict protocol, the lack of regulations exposes workers to deadly toxins.

The serious health implications of improper disposal and recycling methods

The materials that comprise electronic devices are highly toxic. Burning the waste releases the toxins into the air where the particles accumulate in the body, wreaking havoc on many organs. Other methods include acid baths, which, when performed incorrectly, lead to more serious health complications.

“During these activities, high amounts of hazardous substances are released, with no thoughts given to the safety of the workers and the protection of the environment. This leads to significant negative impacts on soil, air and water as well as human health,” states the EPA.

In countries that receive large deposits of electronic wastes, entire communities, including children, rely on scavenging through toxic metals, glass, and plastics – just to earn a livelihood.

They are not protected by regulations, and the effects on their health are horrendous.

Earlier in 2008, Greenpeace launched an investigation examining the sites of multiple e-waste scrap yards in one of the most contaminated places on Earth - Ghana.

The study revealed toxic metals including Lead exceeded contamination levels as much as one hundred times above background levels.

The parts that remain after the precious metals are extracted and dumped into surrounding areas. Heavy metals that remain including Lead and Mercury contaminate the improper storage areas. Once leached into water supplies, the metals quickly accumulate within a person’s body.

"Many of the chemicals released are highly toxic, some may affect children's developing reproductive systems, while others can affect brain development and the nervous system. In Ghana, China and India, workers, many of them children, may be substantially exposed to these hazardous chemicals." Claims Dr. Kevin Bridgen, a scientist who investigates the effects of electronic waste on the human body.

Combustion from burning e-waste creates fine particulate matter, which is linked to pulmonary and cardiovascular diseases.

At one of the largest e-waste recycling sites in the world, health problems are running rampant. Guiyu is plagued by electronic devices, and the community's health is suffering. For children growing up in the city, 80% can expect to develop respiratory problems.

Unfortunately, Guiyu does not stand alone.

Electronic waste is polluting many third-world countries. However, it is first world countries that are dumping copious amounts of waste in countries inadequately equipped to deal with the toxic materials.

Fortunately, the problem does not have to persist much longer.

What you can do

When your device comes to the end of its terms, or you are simply upgrading your device, ensure it gets recycled at a proper recycling facility. Today, many companies offer to recollect their outdated devices.

The companies extract the materials and reuse them in new products instead of allowing the material to be improperly disposed of. Otherwise, many collection agencies exist that collect various electronic devices.

The most important thing is ensuring electronic devices do not reach regular dumping grounds. E-waste is toxic and can result in dire consequences if not dealt with responsibly. The solution to e-waste is already here, however, it is up to the general population in first world countries to ensure electronic devices make it into recycling plants. It is not a demanding task, though, in this day and age, it remains an imperative one.