Have you ever allowed your fate to be dictated by a few rounds of rock-paper-scissors ? Well, maybe this is not such a foolish way for two people to decide who will be doing what by defeating each other. Mathematics has found a way for you to win your way through this random trial and error cycle. A team of researchers from the Zhejiang University in China has conducted a revelating study about the mathematics behind the game of rock-paper-scissors (RPS). 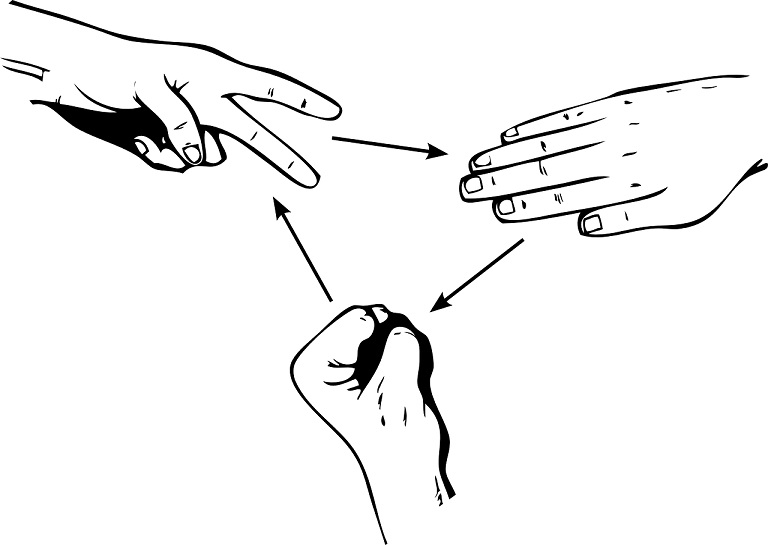 The mathematics of rock-paper-scissors

For those who didn't know, including myself, the game of rock-paper-scissors was invented by the Chinese as early as the Han Dynasty. A millennium and a few centuries later, their descendants have decided to mathematically explain the nature of the game and how you can competitively win it by using a theorized strategy they have come up with.

The team of scientists has conducted a large-scale laboratory experiment on the game and observed patterns of decision-making actions. Their study has resulted in a microscopic model of win-lose-toe conditional response. 360 students, broken into a group of six, were put in competition with each other playing RPS and to ensure that the players will take the experiment seriously, they were paid each time they win a game. 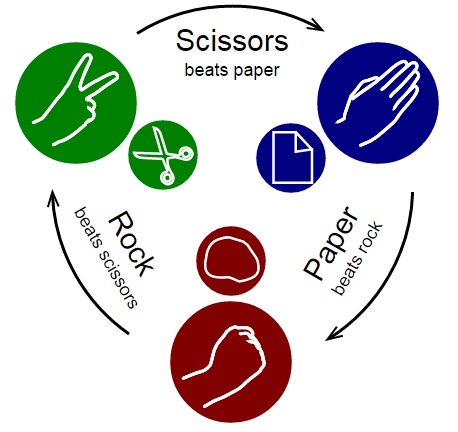 It was found that when a player wins, they tend to keep playing their winning hand and the loser has the initiative to move on to play a different hand and eventually evolves into a 'persistent cyclic motion'.

Shall we go over this cycle then? Ok, Players A and B both begin a round by going for a random hand. If player A uses rock and B uses paper, A is the loser. Playing in a second round, A can assume that B will use paper again and intuitively go for scissor in order to win which makes player B the loser. Playing again for a third round, player A can assume that B will use the next strategy in the cycle - scissors - and A will then use rock and wins the game again.

Mathematically speaking, it is ideal to choose your strategy randomly. Each hand has one other hand that it can beat and one other hand that can beat it. The three strategies have exactly 1/3 chance of winning, it's either a win, a loss, or a tie. This whole repeated cycle is known as Nash's equilibrium.

But based on the study of the researchers, the winning player tend to keep their winning strategy while the loser changes their strategy, they have come up with the game theory of 'conditional response'. The Chinese scientists' theory is believed to be the natural instinct of the brain but further research and experimental activities are required to confirm this.

The lead researcher of this study, Zhejiang Wang, suggests that using the conditional response strategy may give you a good chance of winning many rounds of rock-paper-scissor.

Social cycling and conditional responses in the Rock-Paper-Scissors game was published in Nature Research Journal.