How VR Technology Is Changing the Way Architects Design Your Home

Virtual reality will change almost every major creative field. Have you considered how it will change architecture?

Virtual reality is here to stay. What was once considered a novelty has proven to be a technology that is useful across multiple industries, including architecture.

You have probably heard about how VR is changing gaming, music and even the medical field, yet have you considered how VR could change the way the world creates functional spaces?

You are not alone. VR has been slowly adopted by those in the architectural field. Nevertheless, the technology stands to revolutionize an industry that is becoming a staple of 21st-century culture.

For the uninitiated, VR technology is a term used to describe a three-dimensional, computer-generated environment which can be explored and interacted with by a person. Three companies currently dominate the VR landscape: Sony, HTC, and Facebook.

The social art of architecture needs VR. Any architect will tell you that to properly design for space you need the right data, logistics and visualization to tell a functional story that not only serves a specific purpose but also inspires.

Virtual reality could help not only bring this into fruition but take it beyond. Here are some of the most interesting ways virtual reality is changing the way architects work.

Bring Your Idea to Life

Now if you have had any experience in the realm of architecture, one of the most difficult tasks for anyone can be visualizing a space. Properly visualizing a space not only helps bring your Zaha-inspired ideas to life but appropriately helps you tackle things like construction logistics, the types of materials needed and the reality of your design. 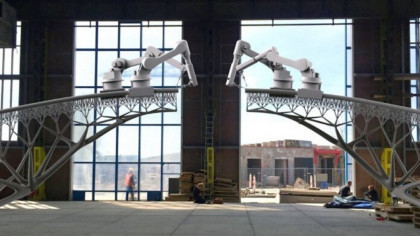 Virtual reality makes this process far easier. Though 3D modeling is still a powerful tool. VR makes your vision tangible, allowing you to step into a building and get a feel for the story presented and what is needed to further convey that story.

“VR can help them explore more, experiment and push thresholds without the time and costs associated with other methods. Architects are better able to simulate experiments, learn from them and hone in on the right solution faster,” says Rob Kendal, Managing Director of Yulio.

Most architects go to the same toolbox when presenting a new idea. However, imagine stepping into your pavilion before the foundation has even been laid. VR can drastically save on costs.

Virtual Reality visualization allows you to step into a space from your office to check out specific elements, design languages, environments, and construction needs. Companies like Iris VR or Roomle are hard at work creating  VR tech for your architecture vision.

Design Your Idea in Real Time

If you have ever jumped into the virtual reality world, most technology out there allows you to interact with the virtual world. This makes VR a powerful design tool. The same way you might produce a model in CAD, could manifest itself in the world of virtual reality.

Imagine stepping into a VR world where you have the ability to only build a building but stand inside of it, modifying the elements of your creation as you go. Though this ties somewhat into visualization, allowing the ability to take an idea and modify it in a 3D world is revolutionary.

You and the Client

Immersiveness is key to selling the right idea to a client. When pitching a new idea to a client, you have to convey all the emotions, ideas and design of your vision. Any architect will tell you that this is not the easiest thing to do. However, VR makes this process significantly easier.

Going back to the idea of visualization, you can very literally give a client a tour of an environment, allowing them to interact with their product. A common phrase heard across presentation rooms in architecture is “I just don’t see it”.

VR tools like nuReality allow you to send a project to a client, have them tour the idea, and even mark up the idea with their feedback, streamlining a process that at times is considered the most difficult aspect of being an architect.

With VR you can overlay virtual reality environment data with your project to test safety elements of your project bringing to life the ideas of safety, sunlight, and heat for a client. Yet, at the same time, you can use environmental data to simply look at how the sunlight looks in a specific room. The possibilities are endless.

Combine all these elements and you are sure to realize that VR in architecture has the potential to be an excellent tool for education. Just like in automotive engineering or the medical world, virtual reality allows you to step into architecture, interacting not only with your buildings or products, but also with some of your favorite buildings across the world.

With VR at your fingertips, you can explore the vast world of architecture from the convenience of the classroom, tackling a wide range of topics and seeing these same topics come to life in a headset.