HP has launched a new commercial 3D printing platform called ‘Metal Jet’. The platform was launched on September 10 at the 2018 International Manufacturing Technology Show (IMTS). HP envisage their technology to be used by commercial manufacturers to produce final parts.

Metal Jet is already being deployed by manufacturing leaders GKN Powder Metallurgy and Parmatech for the factory production of final parts. Volkswagen, Wilo, Primo Medical Group and OKAY Industries are among GKN clients.

HP boasts the Metal Jet system can provide up to 50 times more productivity at a significantly lower cost than other 3D printing methods. HP is dedicated to being a leader in the world of additive manufacturing.

As part of the launch of Metal Jet, they have also launched the Metal Jet Production Service which enables the rapid iteration of new 3D part designs, as well as the high volume production of final parts. The production service also assists customers to integrate Metal Jet into their long-term production roadmaps.

“We are in the midst of a digital industrial revolution that is transforming the $12 trillion manufacturing industry. HP has helped lead this transformation by pioneering the 3D mass production of plastic parts and we are now doubling down with HP Metal Jet, a breakthrough metals 3D printing technology,” said Dion Weisler, CEO and President, HP Inc.

“The implications are huge – the auto, industrial, and medical sectors alone produce billions of metal parts each year. HP’s new Metal Jet 3D printing platform unlocks the speed, quality, and economics to enable our customers to completely rethink the way they design, manufacture, and deliver new solutions in the digital age.”

The HP Metal Jet printer is the culmination of years of work by HP engineers. The printing bed is 430 x 320 x 200mm and the printer has 4x the nozzle redundancy and 2x the printbars. This design allows for greater productivity at a low operation and acquisition cost when compared to other metals 3D printing solutions.

HP has teamed up with GKN Powder Metallurgy to deploy the Metal Jet system into their factories. These machines have already begun to produce final parts for industry leaders like Volkswagen and Wilo.

GKN says they expect to print millions of production-grade parts using the HP Metal Jet system for its customers across a diverse spectrum of industries. “We’re at the tipping point of an exciting new era from which there will be no return: the future of mass production with 3D printing. HP’s new Metal Jet technology enables us to expand our business by taking on new opportunities that were previously cost prohibitive,” said Peter Oberparleiter, CEO of GKN Powder Metallurgy. 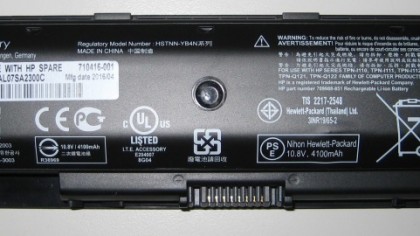 “Our DNA and our expertise in powder production and metal part processing using digitally networked systems will enable us to drive industrialization across the whole additive manufacturing value stream. By combining the forces of HP and GKN Powder Metallurgy, we will push the productivity and capability of our customers to unprecedented levels based on the economic and technical advantages of HP Metal Jet technology.”

The Metal Jet system will be offered to customers for around $399,000 USD and will begin shipping in 2020.

This accidental battery breakthrough may revolutionize the energy storage industry