A day after Apple’s event, Huawei held their own launch event in Paris, and it wouldn’t be the last time the Chinese mobile technology company would try to draw comparisons between itself and its rivals, Apple and Samsung, during the event.

The event today opened with Richard Yu, the CEO of Huawei Consumer Group discussing the direction of the company as well as some of the technology they have been developing. One of his main areas of focus was Huawei’s dedication to new camera technology, while touching on elements of Huawei’s artificial intelligence development as well as its rapid development and deployment of 5G technology.

Prior to the event, advertisements had already been posted around Paris for the Huawei P30 devices, so there wasn’t much surprise what Huawei had planned. Yu got to the point very early on as he segued from discussions of Huawei’s commitment to producing professional quality cameras in their phones to the phones themselves.

The event got fully underway with the official launch of the Huawei P30 and Huawei P30 Pro devices. “Our design of this phone is inspired by nature, the beauty of nature,” Yu said as he introduced Huawei’s latest devices. The next half hour featured a deep dive into the nitty-gritty details, so we’ll take them one at a time.

The front-facing camera in centered at the very top of the display with a small, half-moon notch cutout and is only 6.64mm wide. The iPhone’s screen is just slightly bigger though, but at that point, they’re functionally the same.

The display also has an embedded fingerprint scanner to unlock the phone.

There was a reason that Yu placed so much emphasis on photography earlier in the announcement. It is clear that they hope to really outshine Apple and Samsung when it comes to the quality of their photography, so the P30 and P30 Pro boast some impressive camera technology.

Both the P30 and the P30 Pro feature a 32-megapixel front-facing camera, and the 40-megapixel lens on both phones uses a first of its kind RYYB (red-yellow-yellow-blue) sensor, rather than the RYGB (red-yellow-green-blue) that other cameras use, which Yu says allows the P30 devices to capture 40 percent more light than competitors’ cameras.

The sensors on the P30 camera lenses are also 125 percent larger than those on Apple and Samsung devices, which increases low light performance even more. 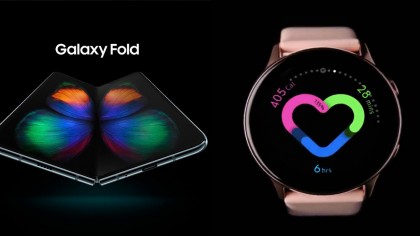 As far as battery performance goes, the P30 has a 3,650 mAh battery while the P30 Pro has a larger 4,200 mAh battery. Both support fast-charging using a 40W supercharger, giving you a 0 to 70 percent charge in 30 minutes.

Wireless charging is also supported up to 15W, making it reasonably fast for wireless, and like the Samsung S10+, the Huawei P30 Pro has reverse wireless charging, so it can charge other wireless devices.

It comes loaded with Google’s Android 9 OS with the EMUI interface, as well as other features like Google’s AR Core and a partnership with some automakers like Audi that lets you use your P30 as a digital key for your car, and it can do the same for your home or office.

The Stunning Rise of Rapid Prototyping and Its Applications