Huawei has been planning to build its own operating system for its devices for a while now. Recent events have made that effort more important to the company then ever.

For the past few years, Huawei has joined other electronics and mobile device manufacturers in using Google’s Android operating system for its mobile devices, helping the Android OS become the most widely used OS in the world. But Huawei isn’t just any company, they are the second largest mobile device manufacturer in the world, after Samsung, and enjoys a dominating 20% market share in China, one of the world’s largest and fastest-growing markets for consumer electronics.

It sells more phones than Apple, but doesn’t enjoy the same kind of brand recognition that its Western rivals do, especially since it has to rely on Google’s operating system to power those devices, making them just another Android device maker in a market full of android devices. So it's no surprise then that Huawei has been considering introducing its own OS to run on its devices.

There would certainly be a level of prestige that would come from running a popular OS, and the moderately localized nature of China’s software ecosystem makes the development of a China-based operating system a tempting proposition. Weibo is one of the most popular apps in the world owing almost exclusively to its popularity in China, most in the West haven't even heard of it. Even if a Huawei OS never left the Chinese mainland, it might still become the second most popular OS in the world.

Now, after the US government blacklisted the company, forcing Western businesses to effectively abandon all ties with Huawei, the rollout of a new operating system isn’t just a matter of pride, it might very well be an existential necessity. But in this moment of crisis for the Chinese tech giant, there is an enormous opportunity if they are able to seize it.

The Problem with Using Other People’s Stuff, American Technology Edition

There is nothing at all wrong with licensing a product or technology from another company. The entire global technology industry around the world is built on the idea, given the digital—and therefore copyable—nature of the product; and there hasn't been any reason to object to this arrangement since it's been working perfectly fine until now.

But everything is always working fine right up until the moment that it isn’t, and the drama around Huawei has been unsettling for many people, companies, and even nations. Until the recent maneuver by US President Donald Trump, which he took to get China to make trade concessions by effectively threatening to shoot a Chinese corporate hostage, no one in the world would have thought that there was any reason not to use US technology if they had the chance.

But watching the brazenness of the US administration’s treatment of one of the largest companies in the world, putting the jobs of nearly 200,000 employees in 170 countries at risk, has struck a nerve with a lot more people than I think President Trump realizes, or cares about. The rest of the world is savvy enough to know that using US technology comes with strings attached, but it is still shocking to watch the stroke of an American president's pen turn one of the largest non-Western companies in the world into a economic pariah.

After all, there is nothing subtle about the US using American technological penetration into foreign products as a digital Trojan horse for American trade and foreign policy leverage, and this course of action will only engender further bitterness and distrust of American businesses overseas.

Tellingly, the people who appear the most surprised by Trump’s actions against Huawei seem to be American businesses, who--having previously praised the president's handling of economic matters--suddenly realize that their very lucrative business arrangements overseas are entirely dependent on Donald Trump’s opinion of the country in question.

As for security concerns about Huawei and the Chinese government, they might be entirely justified, but there is only one country that has been proven to use the technology it helped spread around the world to conduct surveillance on the citizens of other nations, the US. So no one can blame consumers overseas for choosing a Chinese product over an American one--especially if the American one comes packaged with the ability to bankrupt your homegrown industries whenever the US doesn't get its way--and no one can blame Huawei if it decides that it was going to chart its own course independent of US tech.

So while Huawei may be taking a beating right now, it isn't a fatal one, and with its own OS already in the works before the current crisis, Huawei now has every incentive to accelerate its plans with nowhere to go but up from here.

Google built its Android operating system without having a phone to put it on, banking on its widespread use in other OEM devices similar to the way Microsoft did in the 1990s and 2000s without ever having built a computer system. The strategy has worked brilliantly, making Google’s Android the dominant OS for mobile devices in the world. It currently runs on 87% of smartphones around the world, with iOS taking up nearly all the rest, making the mobile OS market a difficult one to crack into.

“You’re providing the consumer with a brand new ecosystem—brand new very basic apps, and you need to persuade them to try them,” Canalys analyst Mo Jia told the Wall Street Journal last week. “It’s quite hard for Huawei, to be honest.”

But, if Huawei’s current crisis is anything, it’s a red flag that there is no guarantee that the Android OS will always be available should you want to use it for your device. Foreign device manufacturers have to be watching the current situation with Huawei knowing full well that one day it could be their company burned to the ground by President Trump—or any US president, really—just to put pressure on their government to sign a bad trade deal. After the past two weeks, there are probably a lot of manufacturers around the world who would sure like to have a third option not tied to the United States right about now. Who better to give it to them then Huawei itself?

All of this assumes that the OS is a genuinely competitive product, otherwise, Huawei is in for a very rough time. Political principles and national solidarity can only take you so far if it means having to give up on the popular apps you use day in, day out. 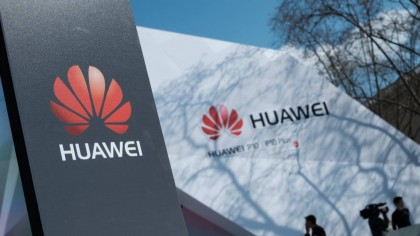 On that point, though, Huawei would have something of a home-field advantage in its domestic market. Many of the most popular apps in China aren’t tied to Google, and many of Google’s apps aren’t even available in China. There’s no reason why a Huawei OS couldn’t run Weibo just as well as the Android OS does. China’s app scene is essentially a digital economy unto itself, and with a quality OS, there’s no reason to believe that Chinese users are going to stick with Android if they have another option, especially a domestic one. This gives a Huawei OS a decent shot at achieving an early adoption rate high enough to enable further development, which over time could develop to the point of challenging Google’s Android OS internationally.

We'll know soon enough. Huawei has said that it could have the OS ready for the Chinese market by the end of the year, with an international version ready by 2020. Huawei has reportedly registered the name of the new OS  in China as HongMeng OS and registered several names with the European Union Intellectual Property Office on May 24th, including Huawei ARK OS, Huawei Ark, Ark, Ark OS and Huawei Ark Compiler. The OS is said to be capable of running any app that currently runs on the Adroid OS, thought if the apps are compiled specifically for the Huawei OS using the Huawei Ark Compiler, they can run up to 60% more efficiently.

Circumstances could obviously change, the US could rescind the blacklisting of the company, and Huawei might stick with Android and Microsoft for the forseeable future if allowed to do so. Huawei has even said that this is their preferred outcome.

“We don’t want to do this but we will forced to do that because of the U.S. government,” Richard Yu, CEO of Huawei’s consumer business, told CNBC last week. “I think the U.S., this kind of thing, will also not only be bad news for us, but also bad news for the U.S. companies because we support the U.S. business, so we will be forced to do this on our own. We don’t want to do this but we have no other solution, no other choice.”

Should it come to that, however, there’s no reason why Huawei couldn’t make the US come to seriously regret its current course of action, and every day that passes where Huawei is locked out of doing business with American companies strengthens the case for Huawei providing an alternative for customers and companies that decide they don't want to do business with America.

Editor's note: This article has been updated with new details about the registration of the HongMeng OS and Ark OS trademarks.