Hubble and Gaia telescopes have been used together to achieve the most precise measurements to date.

Accurately measuring the universe's rate of expansion is no easy task. Just this week, NASA announced that the most precise measurements to date were recently achieved through using both the Hubble telescope and the European Space Agency's Gaia space observatory. The combined power of both assets puts the uncertainty of the new measurements at just 2.2%.

The new data presents some truly fascinating implications. The measurements of expansion, recorded through a combination of using both Hubble and Gaia, lend further evidence to the different rates of the nearby universe and the primeval universe.

The tension between the two different rates of expansion could suggest new physics, and may allow us to better understand the foundations of the universe itself. There is already speculation over whether this tension could indicate the interaction strength of dark matter, or the presence of a previously unknown particle.

Hubble and Gaia also refined the value of the Hubble constant, which is the rate at which the universe is expanding since the big bang. The Hubble constant is crucial for determining the age of the universe, and remains one of the most challenging questions of our time.

The most recent value was established through measuring the distance between galaxies by tracking the stretch of light between them. The distances were then compared to the expansion rate of space in order to find the value of the Hubble constant. These values, however, are completely at odds with prior measurements taken by the European Space Agency's Planck mission.

Planck's data was based in large part on measuring ripples in the Cosmic Microwave Background (CMB), which provides an encoded signature of the big bang. By measuring these ripples, they could determine levels of dark and normal matter, as well as the trajectory of the universe at the time of the big bang.

Through this, the Planck mission sought to predict the expansion rate of our nearby universe, but the new findings by Hubble and Gaia have revealed these predictions to be off.

Putting it simply, Adam Riess of the Space Telescope Science Institute described it as thus, "It’s as though you predicted how tall a child would become from a growth chart and then found the adult he or she became greatly exceeded the prediction." 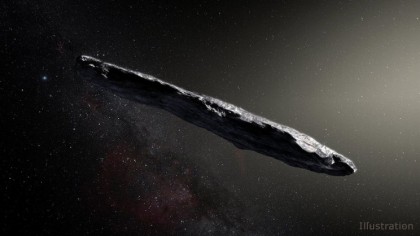 Though the results were surprising, it's undeniably an exciting discovery which has the potential to drastically change much of what we understand about the universe's expansion.