A grisly incident that saw a driver ignore an abnormal impact sound saw police called in to investigate the cracked nose of a bullet train. The officers found the human remains of a 52 year old man.

A suspected suicide in a Japanese train station was the cause of a rather disturbing discovery by police officials this week. The Asahi Shimbun reported Friday that the remains of a human body were found in the cracked nose of a Nozomi No. 176 Shinkansen bullet train.

A grisly series of events

The grisly series of events began when the train's driver heard the sound of hitting an obstacle between Hakata Station and Kokura Station in Fukuoka Prefecture. Considering this obstacle to simply be an animal, he continued driving without reporting any disturbance to the operation control center of West Japan Railway Co. (JR West).

It was later in the day, at approximately 2:10 PM, that the driver of a passing train noticed the Nozomi Shinkansen's cracked nose. He then called in the damage to the JR West operation control center.

The company immediately ordered an emergency stop of the train for an investigation. The train halted at the Shin-Shimonoseki Station in Shimonoseki, Yamaguchi Prefecture and police were called in only to discover human body parts lodged in the train's damaged nose.

After further investigation, the Fukuoka prefectural police identified the remains as belonging to a 52-year-old caregiver from Nogata, Fukuoka Prefecture. The victim's empty minivan was found parked on a nearby road and fingerprints from the body parts confirmed the man's identity.

Until further notice, the case is currently being treated as a suicide. Meanwhile, JR West has expressed concerns over their driver's handling of the incident.

“(The driver) should have immediately informed (the center) about the abnormal sound for safety’s sake,” said a JR West’s Fukuoka branch official. The company has strict guidelines in place for ensuring passenger and employee safety that were not followed during this accident.

JR West’s Safety Think-and-Act Plan 2022, implemented last February after one of its trains was discovered to be leaking oil, states that the main priority for all employees is safety. As such, the plan orders employees to immediately stop trains at the first sign of anything unusual regardless of whether the reason ends up being valid or not. 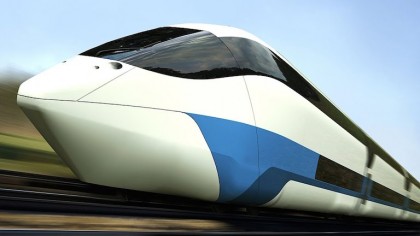 According to JR West safety of operations must be guaranteed at all times, something that the driver of the damaged bullet train did not do. “The driver decided on his own that the case didn’t apply to things that must be reported,” the Fukuoka branch official further said.

“That’s the point we should examine," continued the official. The company also held a press conference on Friday where JR West vice president Yoshihisa Hirano discussed details surrounding the accident and apologized for his employee's behavior.

The Japan Times has now reported that Japan’s Transport and Tourism Minister Keiichi Ishii has ordered the firm to investigate the driver’s actions. No statements have been made as to whether disciplinary measures will be taken.