Humans will take control of our own evolution if predictions by a Stanford neuroscientist are true. Neuroscience will focus on the development of brain interfaces in an effort to meet our future technological challenges.

Is technology influencing the way our brains are evolving? It’s highly likely as humans are exposed to massive changes to technology on an almost daily basis. But as humans evolve at such a slow pace, the effects of these rapid technological advancements might not be seen for a unfathomably long time. But scientists now think we won’t be waiting around to see how we evolve, instead, we’ll be playing a leading role in our own evolution. 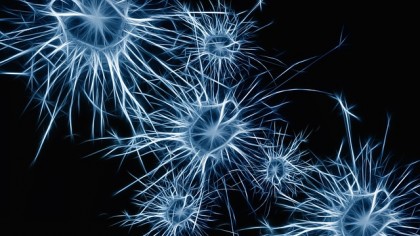 A Stanford neuroscientist E.J. Chichilnisky told online media that future breakthroughs in neuroscience will be about designing evolution. He says: “In the future, we will be designing how we evolve our brains, rather than just letting it happen by the extremely slow and random process of natural selection. This evolution will happen by developing devices, such as artificial retinas, memory implants, and more, that interface directly to the brain and extend our capabilities. In turn, I expect that this enhancement will allow us to make smarter choices about the next steps in our evolution, so that our species can rise to the challenges that we will inevitably face.”

While messing with our brains seems scary and sci-fi-like we’ve been doing it for years in different ways. For instance, deep brain stimulation is a process used to treat Parkinson's disease. The treatment involves emitting small electrical currents onto particular parts of the brain to interrupt existing circuits. These procedures are pretty low level compared to the idea of implanting permanent chips inside our brains. But the idea seems more and more real.

In May this year, The UK chip designer ARM announced it is interested in expanding its research and development into implantable brain chips. The company plans to team up with University of Washington’s Center for Sensorimotor Neural Engineering to develop chips that would help people who are suffering mobility loss from a stroke or a spinal cord industry to move parts of their body again.

The news comes just months after a paraplegic man was able to move his arm by himself for the first time after being paralyzed for 10 years as the result of an accident. William Kochevar was able to drink out of a coffee cup after being part of a long-term project by scientist ar the Case Western Reserve University in Ohio. The process is called “neuroprosthetic” and involved implanting two tiny recording chips implanted into his motor cortex as well as another 36 electrodes embedded into his right arm. Kochevar could move his arm via the ‘neuroprosthetic’ that is using the power of his brain. Lead biomedical engineer for the project, Bolu Ajiboye, said, “What we are doing is circumventing the spinal cord injury.”

Tesla CEO, Elon Musk is also following advancements with curiosity. But he has plans that go far beyond being able to move an arm. Musk founded the company, Neuralink, in an effort to develop technology that would allow humans to control computers with their brains. The technology is mostly hypothetical, but the company is already reported to have raised 27 million dollars to start work.