The guardian genome, p53, may not be as helpful against cancerous tumors as researchers had once thought.

For years across the medical landscape, p53 or what is also described as the “guardian genome”, has been considered to be a powerful asset when combating cancerous tumors; so much so that p53 has been integrated into some cancer treatments across the planet.

Nevertheless, a new study sheds light on a paradox within this human protein pointing to the conclusion that p53 may be more harmful to the body than believed, in turn, boosting the growth of cancerous cells.

The Guardian of the Genome

For the uninitiated, p53 is a protein that plays a major role in preventing cells with DNA damage or defects from becoming cancerous. In short, this human protein conserves stability in the body by preventing genome mutations.

Breaking it down even further, the destructive mutation of DNA usually acts as a precursor to cancerous cells. In fact, the p53 protein is mutated in about half of all human cancers. When the body notices DNA damage, p53 sounds the alarm to kill the cells the DNA damages, hence the term, the “guardian of the genome”.

Medical researchers have worked on a number of drugs currently being used in human trials that center around combating cancer by boosting the number of copies of healthy p53 in cells.

By observing the “wild type” version of p53 or what is also known as WTp53, the team of researchers found that the protein plays a role in promoting tumors rather than combating them. The culprit of this problem is the protein called, PUMA.

Don’t worry, you don’t have a big black cat running around in your cells but this protein is causing a bit of trouble. Without getting too technical, PUMA is the acronym for the upregulated modulator of apoptosis. 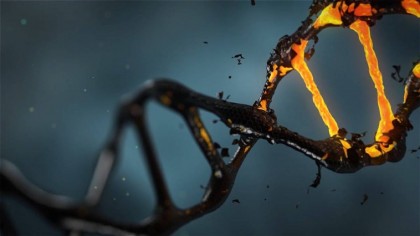 New Study Uncovers a Clear Link Between Inflammation and Cancer

When observed, PUMA disrupts the normal function of a cell, in turn, boosting the metabolism of cancerous cells.

Yes, during their experiment Xu and her colleagues did, in fact, observe p53 halting the initiation of tumors. Nevertheless, as soon as that process was established, the protein went about enhancing tumor progression. This discovery is sure to force the medical community to rethink treatments surrounding p53.

As mentioned in the published paper, “This role of WTp53 can resolve several long-lasting paradoxes in p53 biology and will be instrumental in the development of cancer therapy, especially in the context of the highly pursued strategies to eliminate human cancer by either activating WTp53 or restoring WTp53 function to p53 mutants in cancers.