A new study found that animals living near humans are considerably more likely to spend time being active at night in order to get away from them.

New research shows that an alarming number of mammals are now adopting a more nocturnal sleep schedule. The reason: to avoid humans as much as possible, the new study reports.

A team from the UC Berkeley studied 62 different species around the world and determined animals were more active at night and less active during the day whenever humans were near.

This could greatly affect how certain species of animals find food, as well as how those changes would, in turn, affect other species in the food chain.

“Catastrophic losses in wildlife populations and habitats as a result of human activity are well documented, but the subtler ways in which we affect animal behavior are more difficult to detect and quantify,” said Berkeley PhD candidate and study lead author Kaitlyn Gaynor.

In addition to the 62 species specifically studied by the team, there were an additional 76 studies taken into consideration. Those studies used GPS trackers, radio collars, and remote imaging in order to collect as much data as possible on the animals.

Consistent Results Around the World

The UC Berkeley team found that animals were 1.36 times more likely to be more active at night if it consistently came into contact with humans. This means an animal spending half its night being active would bump that average up to nearly 70 percent active -- largely due to human exposure.

“While we expected to find a trend towards increased wildlife nocturnality around people, we were surprised by the consistency of the results around the world,” said Gaynor. “Animals responded strongly to all types of human disturbance, regardless of whether people actually posed a direct threat, suggesting that our presence alone is enough to disrupt their natural patterns of behavior.” 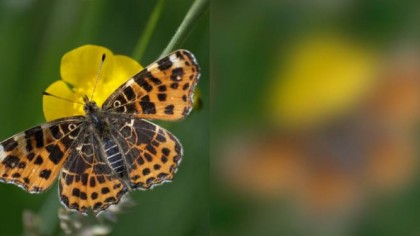 The researchers aren't quite sure what longer-term impacts constantly changing landscapes for humans would continue to do to these animals.

“On the positive side, the fact that wildlife is adapting to avoid humans temporally could be viewed as a path for coexistence of humans and wild animals on an increasingly crowded planet,” said lead researcher Justin Brashares. “However, animal activity patterns reflect millions of years of adaptation—it’s hard to believe we can simply squeeze nature into the dark half of each day and expect it to function and thrive.”

The team hopes to investigate further, more specifically into the negative effects on things like foraging activities, breeding patterns, and even competition between larger mammals.

“We hope our findings will open up new avenues for wildlife research in human-dominated landscapes. We still have a lot to learn about the implications of altered activity patterns for the management of wildlife populations, interactions between species, and even human-induced evolution,” said Gaynor.

Cats Are Adorable Killing Machines That Should Be Kept Inside, Study Shows