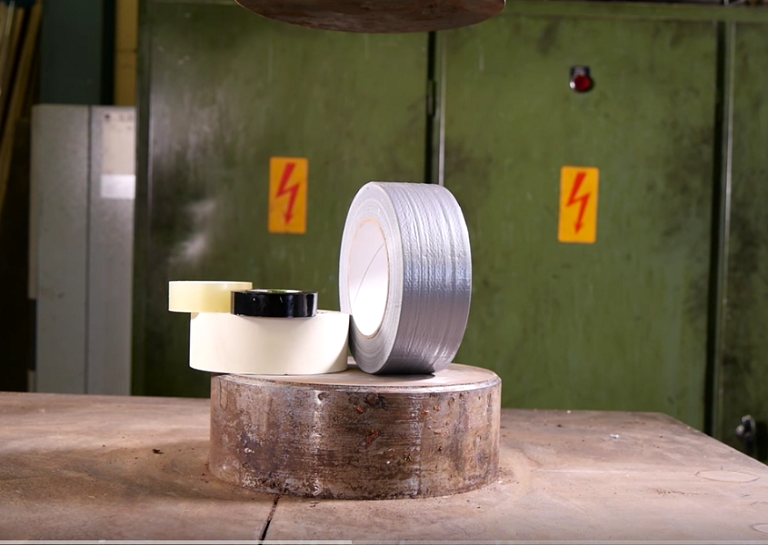 Well understood as the universe's ultimate quick fixer-upper, duct tape has become synonymous with the world's most useful tool. The tape has been used in every home project, as well as previously demonstrating its ability to lift a car. However, the tape is not only Earthbound. In fact, NASA swears by it, using it in many missions in past history, recent or otherwise. It has saved lives- it is the ultimate tool.

Naturally, it only makes sense that it should be destroyed with dignity. Duct tape perhaps has finally met its ultimate match. The daunting hydraulic press. Unfortunately for tape, there is one thing it can not save; apparently that being of itself.

Make Your Own Hydraulic Wood Splitter With This Simple Guide

YouTubers Built a Massive Hydraulic Hammer That Can Smash 'Everything'