Hyperloop One Announces 10 High-Potential Routes Around the World

With Hyperloop’s announcement this week of the ten Global Challenge winners, the company will ramp up its efforts to develop the necessary technology for its massive projects.

Though Hyperloop One is a fairly young company, it has achieved staggering success in less than a five-year period thanks in large part to its startup mentality and aggressive efforts to seek out support and funding from various sources, most instrumental among them being Elon Musk. In the same spirit, in May of 2016 the company launched its Global Challenge, an open call for proposal submissions from scientists and engineers all over the world about potential Hyperloop routes.

After many months of eager anticipation, the company recently announced the ten winning teams. The winning teams, largely North-America-based, are:

The generous company also gives a nod to the finalists and semifinalists to acknowledge their efforts. The original pool of 2600 teams entering the competition was narrowed down to just 35 who represented the strongest proposals.

The purpose of the Challenge essentially was to open the playing field to the international community and get to work on putting steps in place for implementing Hyperloop technology. From the pool of winners, there is in each of them an interesting and dynamic route proposal and approach to the required technology.

The lofty goal of constructing the first hyperloop track both fully operational and accessible to the public began only a few years and seemed a distant reality, until the company received the instrumental support of Elon Musk in the form of the white paper, a move which for all intents and purposes, dramatically changed the course of the company.

In terms of the safety issues, the contest involved a partnership with the Colorado Department of Transportation (CDOT), which will lend its support to the company with a feasibility study it plans to perform in cooperation with engineering firm AECOM. 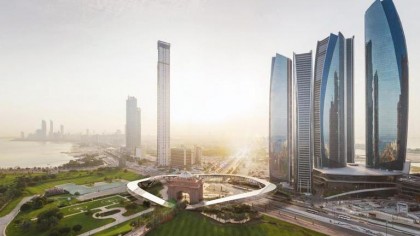 Rough Seas for Hyperloop One

The business strategy and direction of the company is not without its critics. Some would even call 2016 a turning point for the company: Co-founder and CTO Brogan BamBrogan’s resignation was met with controversy, the aftermath of which was a lawsuit, but most importantly, the company faced the reality of whether or not it would be able to win support from customers in terms of embracing alternative transportation methods.

Center for Transportation Research at the University of Tennessee Director David Clarke’s assessment expressed the unique challenges facing the company: “The question is, can it compete from a capital standpoint and an operating standpoint and a safety standpoint.”

In the midst of this, the company reassessed its priorities to focus even more on design and innovation—from these challenges, perhaps the Challenge was born. Hiccups are a classic, and an expected part of the narrative of startup tech companies, but Hyperloop One is proving to everyone that its priorities remain the same.

Via: Hyperloop One, Wired, SpaceX