Hyperloop One Hits Record 192 MPH in Its Latest Test

Elon Musk's Hyperloop One plans at times felt like a literal pipe dream. Delayed starts, underwhelming low-speed testing and cryptic Instagram posts from Musk didn't show much of the promoted plans for the future's most efficient form of travel.

A new video from Hyperloop One finally details the biggest progress to date for the company. In it, a prototype pod whizzes down the 500-meter test tube with a top speed of 192 mph before slowing down and stopping. According to the company, it's the fastest hyperloop test to date. Fans of the hyperloop project will note that this roughly 200 mph speed is significantly slower than the estimated average speed of 760 mph promoted in the early stages of the project.

However, this video marks the beginning of hyperloop's now-rapidly-developing progress.

The video shows a 28-foot long pod made of aluminum and carbon fiber gliding through the tunnel. The pod has been called a bus with a beak, and that's not an incorrect description. The oddly-shaped prototype pod gets loaded into a 1,600-foot long tube. And then it takes off.

It only took 5 seconds to reach 192 mph. The propulsion system gave off more than 3,000 horsepower. The wheels retracted from the prototype and mag-lev took over. (Mag-lev systems aren't exclusive to hyperloop, as Japan's high-speed rail cars have used magnetic levitation for years.) 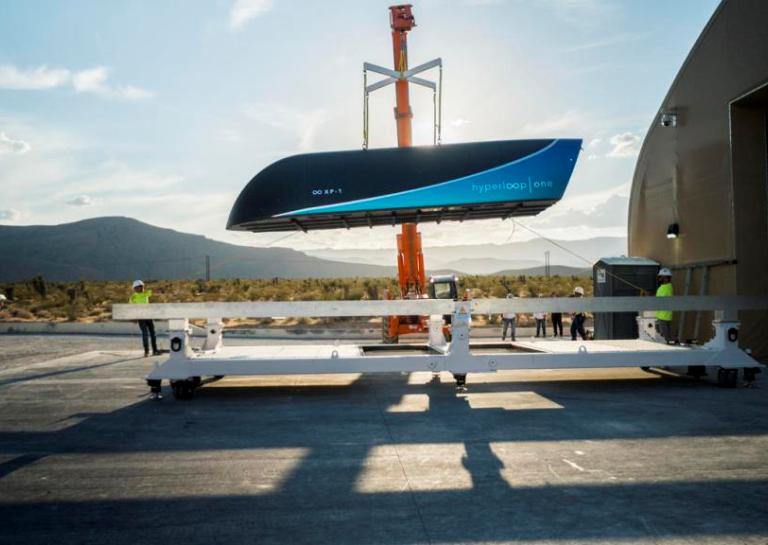 This test run differs greatly from the run in May. The Phase 1 test only ran the system 315-feet, a much shorter scale than Phase 2's 1,400 foot stretch. Initially, the pod only maxed out at 69 mph and accelerated 30 meters during its test. As both acceleration and speed continue to grow, Hyperloop One plans on running the planned route from Abu Dhabi to Dubai in just 12 minutes. That 100 mile trip would require speeds of roughly 500 mph.

Other companies working on the hyperloop technology

As with many good business ventures, competition is brewing. Hyperloop One isn't the only business in the high-speed game. Brogan BamBrogan, the former co-founder of Hyperloop One, recently took out money from a settlement with Musk to start his own hyperloop company. There's LA-based Hyperloop Transportation Technologies that claims it is building a passenger-ready hyperloop. And that's exactly what Elon Musk wanted. By creating a healthy competition, the technology becomes normalized as demand increases for such technology to exist. Anyone tired of flights or lengthy car rides will certainly be thankful when hyperloop -- in any form or any company -- becomes a reality.

This is also in addition to Musk recently announcing he got "verbal govt approval" to make a New York to Washington DC underground Hyperloop. With Musk's Boring Company already making significant progress, this rumor could be significantly more than expected.

All in all, it's a good time to be Elon Musk.

SEE ALSO: Elon Musk Says He Got 'Verbal Govt Approval' to Build an Underground Hyperloop Between NY and DC