As Hyperloop One perfects their transportation system, they have yet again come up with a new revolutionary proposal to take travel underground.

Hyperloop’s motive is to connect the world with one unifying rail system. The engineers behind the system are in the stages of reinventing transportation to eliminate the restrictions dictated by the sheer time it takes to get from one place to another. Just last month the Hyperloop One's team demonstrated an early hyperloop system, accelerating their newly proposed high-speed train to 116 mph (187km/h) in just 1.1 seconds.

As the technology reaches real life application, Hyperloop One has laid claims that they can create an underwater Hyperloop transport system to extend the reaches of supersonic speed.

“We think we can deliver things people don’t even know they want yet, and that’s going to manifest itself in a lot of ways. So I think we will see some above-grade systems, we’re definitely going to see tunneled systems, and we also want to see some underwater systems,”

Says Bambrogan, co-founder and chief technology officer of Hyperloop One.

Bambrogan went on to explain that safety is one of the biggest benefits of the hyperloop system. The hyperloop system does not retain the traditional problems generally associated with generic transportation systems including car crashes at intersections, trains derailing , or planes crashing from the sky. 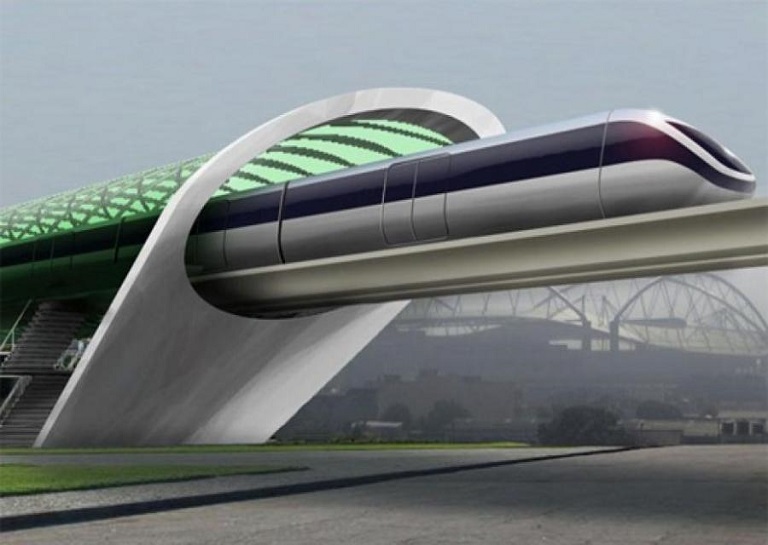 The concept was first proposed by Elon Musk and is currently the fifth mode of transport- a system able to travel up to 1,220 kph (758 mph). The system encloses people in a capsule inside a pressurized system which propels the craft using a vacuum in front and a pressurized environment behind that forces the train down the line at incredible speeds.

The system has made a lot of progress since it was first proposed- evolving from an idea to a concept, and now a real-world design. Last month's tests have provided a promising future for the technology, which could see travel head underground as soon as production costs are decreased. Hyperloop One is taking travel to a whole new level, putting the next domain of travel underground, connecting people faster, more efficiently, and cheaper than ever.

SEE ALSO: Try Not to Get Claustrophobic After Seeing Inside the Hyperloop Pods