Hyperloop Technologies to Give Demonstrations in May

By now you have probably heard of Hyperloop Technologies and the innovative transportation method first envisioned by Elon Musk just 3 years ago. It has come a long way since then, and the company is set to be giving demonstrations to those invited to their build site in North, Las Vegas, Nevada in just a few weeks.  Given successful trial runs, the company could be implementing a commercial hyperloop by 2020, which could revolutionize public transport.

“You can expect demonstrations of full-scale components of the Hyperloop Systems that you can expect from the full-scale system. It will be an update on development status of the testing site which will be deployed over the year.” ~ Rob Lloyd, CEO of Hyperloop Technologies

The concept for a hyperloop was open-sourced by Musk himself, and many companies have taken him up on the plan to build the new technology, Hyperloop Technologies being one of them. The have designed the necessary structure to implement the vacuum tube transportation system that will eventually carry crew and cargo on land or at depth of 262 ft underwater, according to Inverse.

Hyperloop Technologies hasn't been shy about sharing images of their technology, and it has been generating a lot of hype in the recent months. They have built lots of test equipment necessary to prove their transportation modules are safe, including a levitation rig that can achieve speeds of over 670 mph. 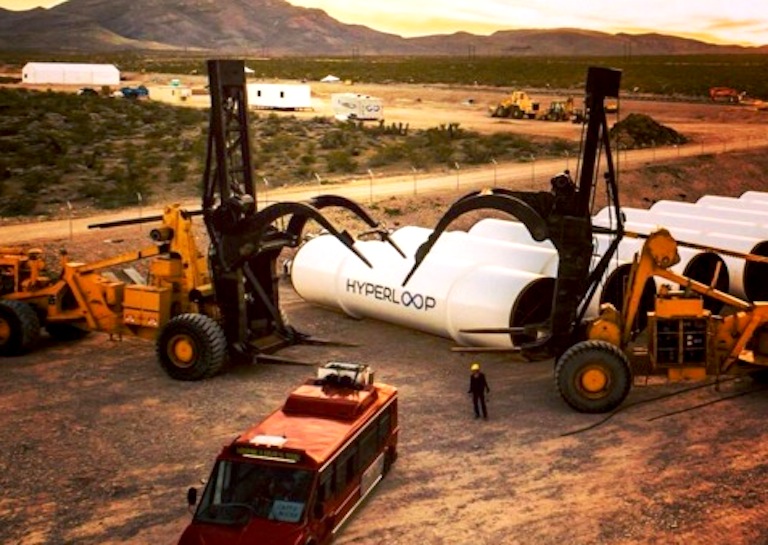 The demonstrations being undertaken in May will likely be just the beginning stages of a working hyperloop. The company does expect to have a fully functioning test loop ready for trials later this year. This company is based in Las Vegas in the middle of the desert, where the land is not only perfectly flat, but the government officials in the area have been welcoming to the project crew as well.

On going work inside our First section of Tube Development.

Software and technologies that will allow the internal pods to bank around corners and switch tube lanes is still under development, but programmers are making good headway. If you need a little more background about the technology, or haven't gotten to see a sneak peak of the current project status, you can check out the video below.